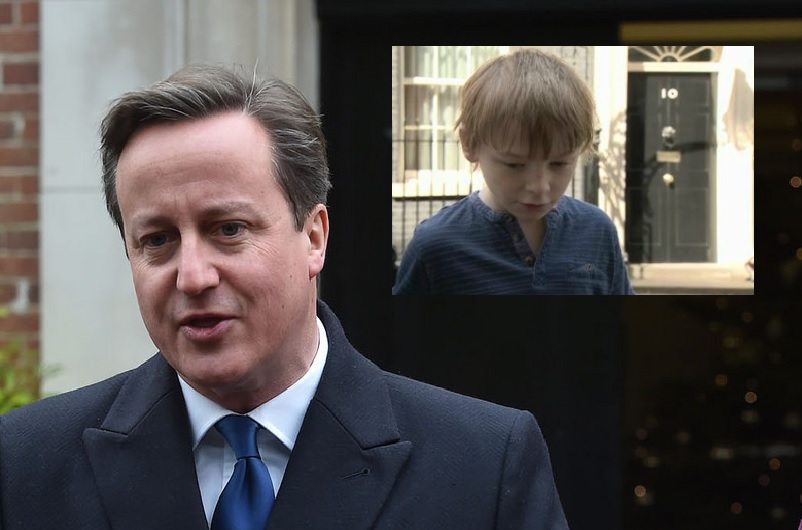 On 4 May, Ben Baddeley, an 11-year-old boy with cerebral palsy, painfully walked to the door of 10 Downing Street. He was there to personally hand-in a letter asking for help to the Prime Minister. But despite the PM’s office approving the visit, and Cameron believed to be present at the property, he failed to answer the door.

This wilful ignorance epitomises the Conservative party’s style of governance and the shocking disrespect it has for its citizens.

That Ben can walk at all is due to spinal surgery he had in 2014. The operation was due to be carried out by the NHS. But a few days before the operation his family were told that the cost could not be covered because the procedure was not cost effective.

Luckily for Ben a private donor responded to an appeal for help and paid for the operation. But the family then received further bad news:

After Ben had his operation we were then informed because we had paid into the NHS it was now classed as private and Ben would not be entitled to rehabilitation.

His family are having to raise around £2,000 a month to cover the costs of the rehabilitation. Ben has previously written to Cameron requesting help with his situation, and that of others. As his mother Amy Baddeley explains:

He can’t understand why the Prime Minister won’t fix the NHS to put everything right for everyone. That’s made him disappointed.

Ben received an insufficient reply from Cameron so penned another letter and requested to hand it in personally to Downing Street. The request was approved so Ben travelled from North Staffordshire to London to deliver his letter. But although Ben, with his debilitating condition, could find the determination to travel around 150 miles to see the Prime Minister, Cameron seemingly couldn’t take just a few steps to greet him at the Downing Street door.

I wasn’t surprised that he didn’t come to the door but I was disappointed. He had known about Ben’s visit for three weeks and we knew Cameron was in. I’ve brought my kids up to be polite….Our Prime Minister couldn’t even show my son respect and politeness.

The film shows a policeman stepping in to accept the letter and posing for a photo with Ben.

This is typical behaviour from the Conservative government. Its decisions to underfund the NHS, accelerate its privatisation, and block any parliamentary proposals that would reinstate it as a comprehensive service, have caused Ben’s heartbreaking struggle. But, just as was shown in its refusal to allow an assessment of how austerity is impacting sick and disabled people, the government would prefer to hide from the consequences of its policies.

This is the callousness and cowardice at the helm of the UK. David Cameron should be ashamed.

Write to your MP to ask them to support the NHS Reinstatement Bill.