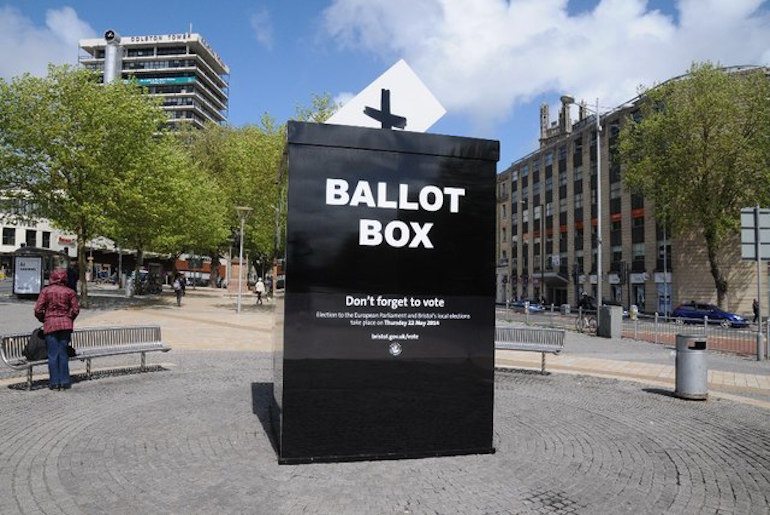 Hundreds of voters may have been turned away from polling stations in Barnet on Thursday – but across the UK, hundreds of thousands of people have been disenfranchised en masse by the government. And the majority of them are Labour voters.

As voters across the UK headed to their polling stations on Thursday 5 May, many may not have been aware that they had been kicked off the electoral roll since the 2015 general election. But 770,000 names – disproportionately likely to be Labour voters – were deleted from the electoral register overnight on 1 December 2015.

Here’s how it happened.

In 2009, New Labour published plans to move to ‘Individual Electoral Registration’ (IER). Under the new system, each person would be required to register themselves to vote, rather than being registered by the head of their household. Under Labour’s plans, IER would be introduced “from 2015 at the earliest”.

The coalition government brought the voting changes forward. It began the transition in 2014, and rushed it through in just one year – against the advice of the Electoral Commission and others who warned that it would take two years to transfer voters to the new system.

Will Brett, head of campaigns and communications at the Electoral Reform Society, says:

By moving to the new system in 2014 instead of 2015 as we recommended, hundreds of thousands of names dropped off the register.

In fact, a comparison of the electoral register before and after the introduction of IER shows that there were 1.4 million fewer names on the register after it had been introduced – although it is impossible to know how many of those voters have since signed up again.

What we do know, thanks to the House of Commons library is that, in some constituencies, nearly half of those eligible to vote are no longer registered – and the majority of those who have lost their votes are in Labour areas.

Labour voters have been disproportionately affected because they are typically younger and more likely to rent their homes than Conservative voters – exactly the demographics that the Electoral Commission says are less likely to be registered. In fact, since IER has been introduced, there has been a staggering 40% drop in registrations for ‘attainers’ (young people who will soon reach voting age). The levels of registration in most student residences meanwhile have plummeted from 100% to less than 10%.

And as the young and the renters are losing their voices, the homeowning vote has come to dominate in parts of the country.

The right to vote for all was hard-won. Now it is being undermined in what Hope not Hate has called “the biggest single act of electoral disenfranchisement in our history”. Seen in the context of other Conservative attacks on our democratic process – from a boundary review that could lock Labour out of power for a generation to allegations that dozens of Conservative MPs broke the law to win the 2015 general election – the government’s aim is clear. It wants to keep power, whatever the cost to our democracy.

– If you couldn’t vote today, make sure you register to vote before the 7 June deadline for the EU referendum.