On election day Jeremy Corbyn has surprised everyone with his savvy social media skills:

Got a bit of help from a stallholder when out campaigning #VoteLabour https://t.co/o4A64f4hRM

This video is an exemplar of the grassroots support Labour must utilise to be victorious. The Conservatives hold all the cards when it comes to the mainstream media – Rupert Murdoch’s News UK controls one-third of our national newspapers, 70% of which are owned by just three companies. But Labour has the advantage when it comes to party membership. A surge after Corbyn’s victory led to a membership of over 380,000* as of the end of 2015.

On social media everyone has a platform, so all Labour members can be heard.

On election day, it is not just Twitter that Corbyn is making the most of. His Snapchat account is offering live coverage of his campaign day: 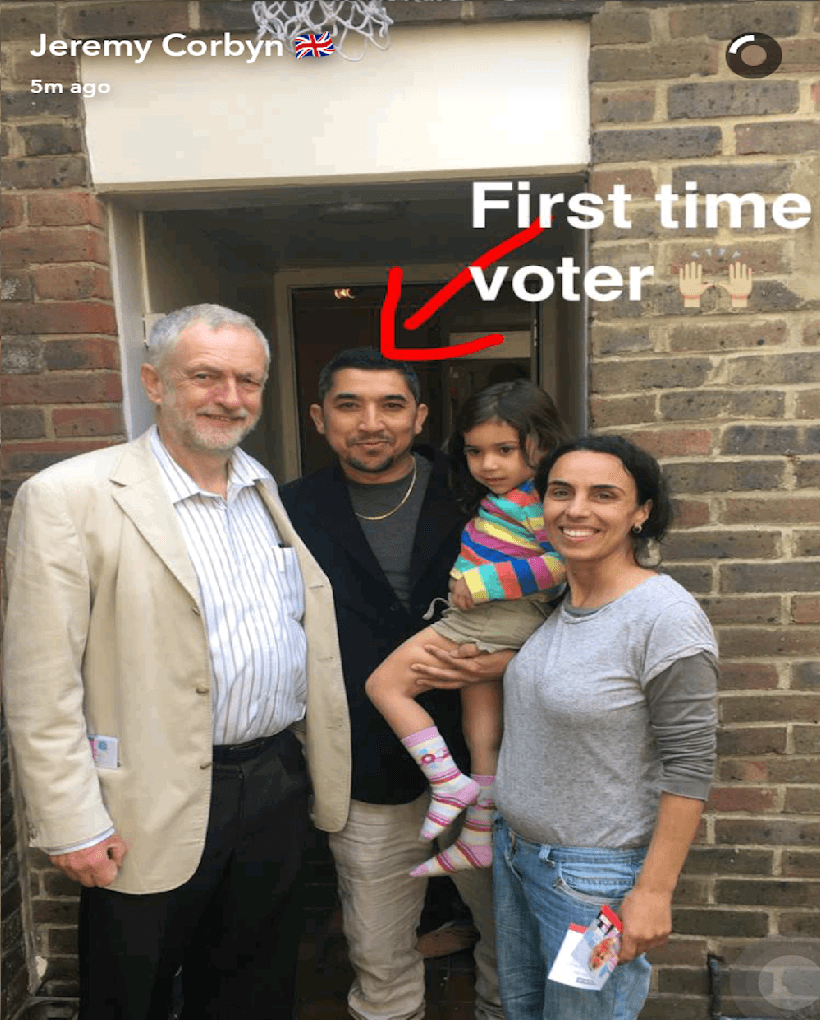 Corbyn recognised his strengths on Tuesday when he addressed Labour’s activist group Momentum. He said the party must use social media to counter right-wing press attacks:

When in one week, we can get one to 2 million people watching online a message we have been able to deliver at maybe a meeting like this or perhaps one that is even bigger somewhere else. It is a way of reaching past the censorship of the rightwing media in this country that has so constrained political debate for so long.

The censorship is that the establishment media decides what is worth reporting on. This biassed selection has been particularly prominent ahead of the local elections:

But Corbyn continues to use Snapchat to provide a counter-narrative: 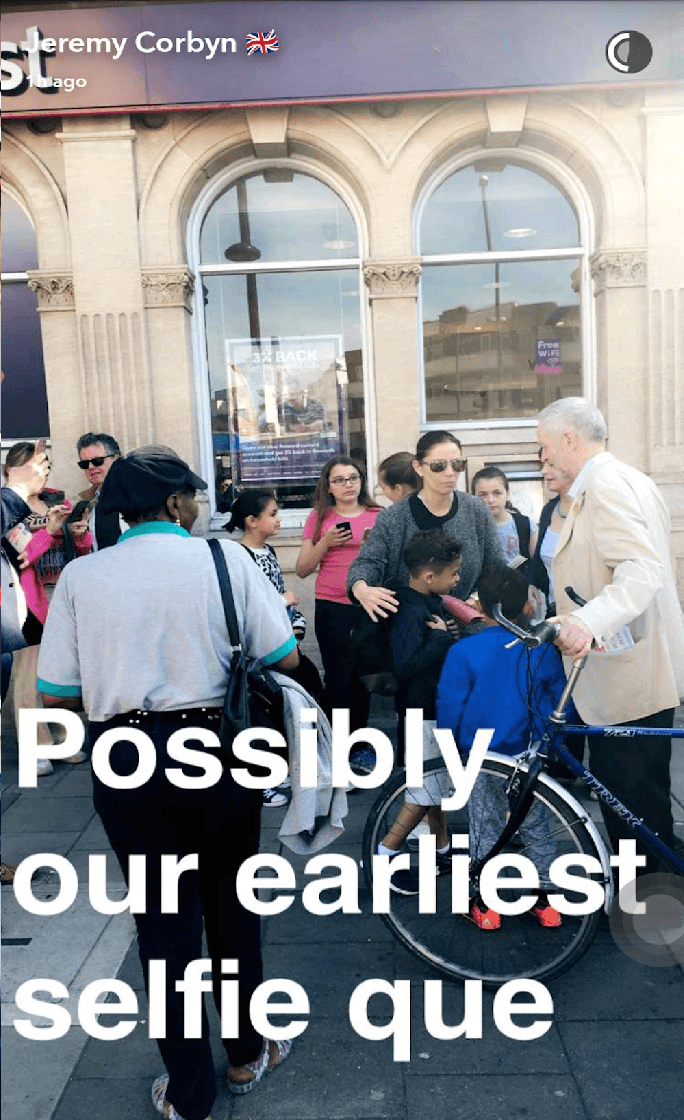 Selfie queues are an important sign of an electable leader in 2016.

Corbyn also used social media to push a powerful new campaign video highlighting all the Conservative government has done since it was elected:

A year ago David Cameron walked back into Downing Street. Share our video of his "highlights" #VoteLabourhttps://t.co/J87yxZaNPB

The negative argument is still an important one, considering our crippled public services and welfare state.

Moreover, Corbyn used his Twitter to channel the views of Labour supporters as he met them:

Popped in to see Roy. Life long Labour voter. He fears for the future of the NHS under the Conservatives #VoteLabour pic.twitter.com/DA74zpzcUL

Great meeting first time voter Manoj. He's voting Labour because he wants us to stand up for his family #VoteLabour pic.twitter.com/PabbiSK4Ko

To be victorious Labour must play to its strengths. Supporters now all have a platform to be heard through social networking sites – this is the only way to subvert the establishment media.

And Corbyn is acting in full knowledge of that on election day.

*The Labour Party told The Canary that it does not provide a running commentary on its membership figures. So the figures from the end of last year are the latest available.