Awakening the dead - it's not just science fiction - Canary 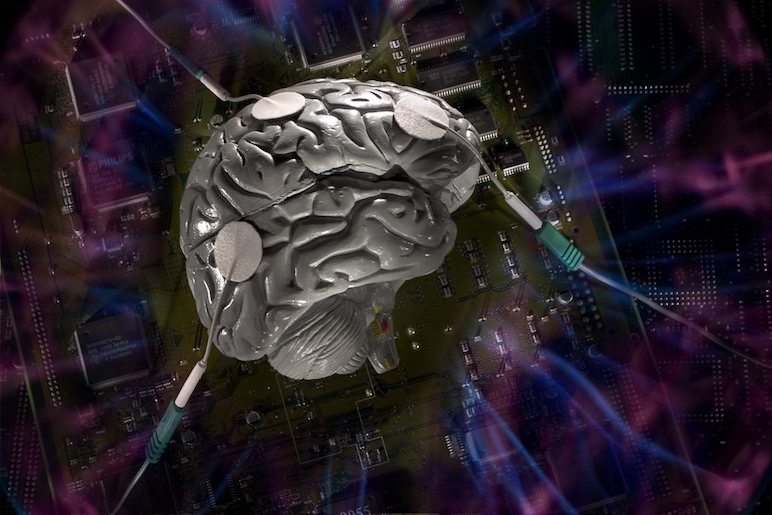 Bringing the dead back to life – It sounds like something out of a horror movie but it could be coming sooner than you think, according to scientists that are about to embark on a cutting-edge clinical trial. The team has been granted ethical approval to attempt to regenerate the brains from clinically brain dead patients.

The clinical trial was granted ethical permission this week by the Institutional Review Board. The proof of concept study will document the possibility of reversal of brain death – to literally awaken the dead.

Brain dead is death – or is it?

According to critical care specialist Isaac Tawil, MD, being brain dead is the same as being dead – despite the illusion of still being alive when hooked up to organ support machines. A patient is pronounced brain dead when there is no evidence of higher brain function and their brain stem reflexes no longer function. These reflexes include pupil dilation and the gag reflex.

But this new trial may prove otherwise.

There have been several instances of people “coming back to life”, including the remarkable 2011 case in Japan where a woman who, intent on committing suicide, wandered into the woods and took an overdose. She was found “dead” several hours later, cold, not breathing and with no heartbeat, but was hooked up to an artificial lung and heart only to regain consciousness a few hours later. The cold temperatures were thought to have slowed down her metabolism enough that her cells didn’t break down as quickly as they would have in a warmer environment. Now, as the BBC reports, she is happily married with a child.

As Sam Parnia, a critical care physician and director of resuscitation research at Stony Brook University School of Medicine in New York tells the BBC:

We don’t know how long it takes after death for the cells to decay to such a point that no matter what you do, you can never get them back again

So perhaps awakening the “dead” is more conceivable than we have historically been led to believe.

The US biotech company that will run the trial, Bioquark Inc., in collaboration with Revita Life Sciences, will attempt to use a combination of treatments including stem cell therapy, peptide injections, lasers, and nerve stimulating techniques to regenerate the brains of 20 trial participants that have been certified as brain dead due to traumatic injuries.

As Dr Ira Pastor, the CEO of Bioquark tells The Telegraph:

This represents the first trial of its kind and another step towards the eventual reversal of death in our lifetime.

Aptly named as The ReAnima Project, the scientists say that participants will start to be recruited immediately and that they hope to see results quickly.

We hope to see results within the first two to three months.

The trial, named ‘First In Human Neuro-Regeneration & Neuro-Reanimation’ will take place at Anupam Hospital in Rudrapur, Uttarakhand India. The patients recruited will be those who can only be kept alive through life support and are not willing for organ donation, and will be monitored for any form of regeneration through magnetic resonance imaging. Therapies will be administered to the spinal cord over a 6-week period.

Currently, the company is working to identify the first 20 patients who qualify and don’t have religious objections or medical barriers. The team will get confirmation from the subjects’ family members before starting the trial.

According to the clinical trial’s information page, the primary outcome for the trial is hoped to be “Reversal of brain death as noted in clinical examination or EEG” (electroencephalogram: a test that detects electrical activity in the brain) for a time frame of 15 days. It’s not stated what will take place after those 15 days.

It’s important to note, however, that full recovery of the patients is not the aim of this first trial, and so presumably the family members of the patients will not be given false hope.

But as Pastor says:

Stem cell therapies have been successfully shown to regenerate some tissues, including the heart for example. But there is a long way to go before they can just be injected into any part of the body for revival purposes. So it’s no wonder that some people are skeptical about the team’s research and wary of such “God-like power”.

As Dr Dean Burnett of Cardiff University told The Telegraph:

Saving individual parts might be helpful but it’s a long way from resurrecting a whole working brain, in a functional, undamaged state

Regeneration of body parts is fairly common in the animal world. Lizards can re-grow their tails, sea stars can regenerate their arms, and spiders can grow back missing legs, for example. But humans tend to lack this ability, except in the case of our livers.

Through our study, we will gain unique insights into the state of human brain death, which will have important connections to future therapeutic development for other severe disorders of consciousness, such as coma, and the vegetative and minimally conscious states, as well as a range of degenerative CNS conditions, including Alzheimer’s and Parkinson’s disease.

While it doesn’t look like the zombie apocalypse is on its way any time soon, it’s true to say that the ethical and scientific implications of this study are fascinating.