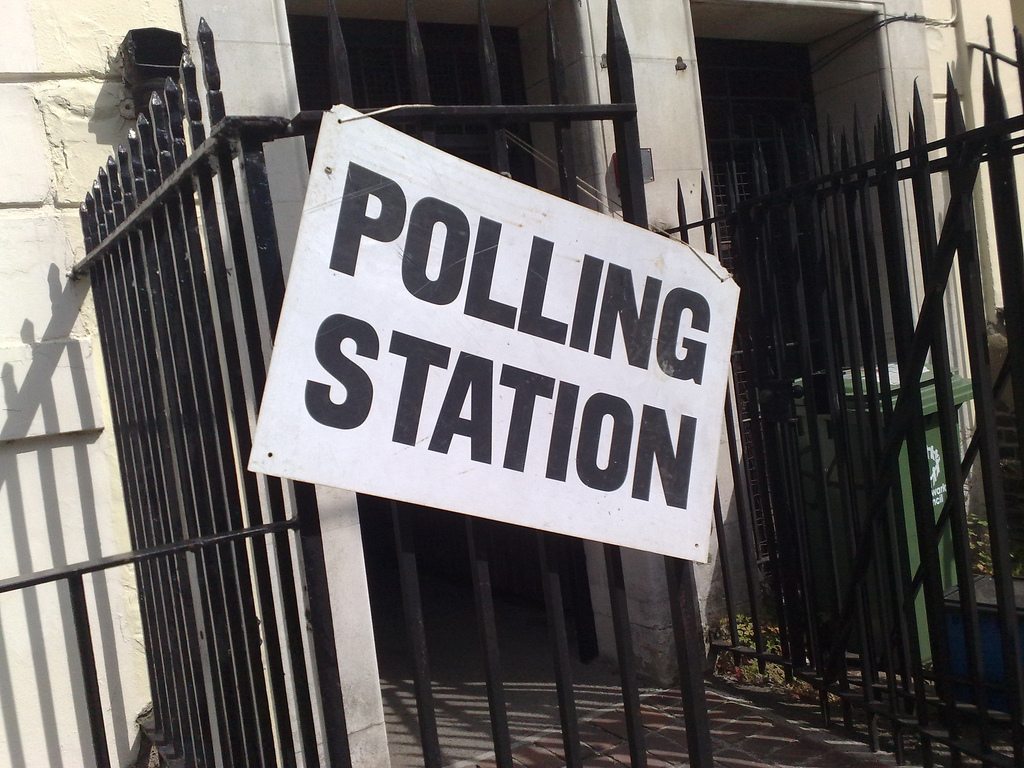 Today’s elections were thrown into chaos in one London borough this morning as people were turned away from polling stations and asked to “come back later”.

In Barnet voters who turned up to cast their ballot in the Mayoral and London Assembly elections were strangely absent from the registers at numerous stations, after the wrong lists were sent out. The problems were not just restricted to people who had turned up without their polling cards – reports on social media say that even those who did were being turned away.

Please can voters unable to vote this morning return to their polling station later if possible. We apologise for these problems.

The problems were apparently rectified by 10.40am – but many voters (and former celebrities) who took to Twitter claimed that they would be unable to return to the polling station:

My husband got there for 7am because he can't come back later! What happens now? Shouldn't voted be extended @rydermc #Barnet #democracy

The chaos in this London borough is not, however, wholly unsurprising. Conservative-led Barnet council has historically come under repeated fire for its approach to the running of local services.

Barnet has been one of the flagships of what is referred to as the “easyCouncil” model of local government.  Officially known as “One Barnet” it’s described by its architects as being a way of “making the public sector work efficiently and eventually getting out of the way”. But it’s lambasted by its critics as shorthand for “farming-out services” and ultimately “shrinking the state”. Either way, it’s been a scheme which has been dogged with controversy from its inception in 2009.

In 2011 a scandal erupted surrounding the appointment of a company called MetPro to run security services for the council. Barnet council failed to carry out any financial security checks on the company. No official contract was signed and the firm ended up going bust with £400,000 worth of debt outstanding. But perhaps the most shady aspect of this debacle is that the firm openly admitted to secretly filming local residents, activists and bloggers attending council meetings, allegedly at the behest of the Tory-led authority.

In a statement, Barnet council said

MetPro has gone into liquidation and the council has terminated its contract. At no point has the council ever authorised security staff carrying lapel cameras.

But the fact remains that the council still spent a staggering £1.3m on a contract it did not open up to tender with a company it did not carry out basic checks on. Oddly the full internal audit report has vanished from Barnet’s website.

In 2013 another company that the council had outsourced services to also went into administration. A contract to provide the council with all its IT services, valued at £836,000 a year, was given to a company called “2E2 Ltd” after it apparently passed a credit check – and then went bust literally days later. Barnet council then had to call in the services of Capita for an additional cost of £3,o00 a month to rescue their systems. More on Capita, later.

In 2014 an independent inquiry produced a damning indictment of the council’s legal department (or lack of) after it was discovered that councillor’s had been given unchecked and incorrect papers to vote on at council meetings. This resulted in an error in the way committee seats were allocated and meant member’s allowances were incorrectly approved. The report stated:

All parties were capable of spotting something was wrong with the reports, but nobody did. To those members involved, the perception was that nobody was in charge. Legal advice was requested on both reports, but was not forthcoming on either in time for them to be printed. Nobody at Barnet queried this or noticed anything was wrong. There is no-one who understands local government law in depth at Barnet. Barnet employs no lawyers.

The fact that Barnet council no-longer employs any lawyers should come as little surprise under the flagship “easyCouncil” scheme. The authority aimed to initially make savings on its budget of £53.4m over three years, increasing this to £165m over a decade last year – and with numerous job losses.

Just who is the main beneficiary of this “One Barnet” “cost-saving” exercise? That would probably be Capita, the company now charged with running all of the council’s back office services.

In a contract worth a reported £320m, the business process company were handed the reins to pretty much everything in the local authority. Building Control, Land charges, Planning (Development Management), Strategic Planning and Regeneration, Highways Services, Environmental Health, Trading Standards and Licensing, and Cemetery and Crematorium services – all are now operated by the FTSE 100 company.

In a move which has been heavily criticised by Labour and trade union groups alike, the Tory-led authority have been unshakeable – insisting that it is the correct move owing to the £39m that will be saved over ten years. They said:

We are finally able to get on with delivering these savings to the Barnet taxpayer. Residents’ expectations for council services are growing, even as we have to deal with tighter budgets. Our strategic contracts with Capita aren’t about giving the same for less. They are based around improving and developing the services we have on offer over the next 10 years.

Capita itself is not short of problems surrounding its services. Just yesterday it was reported that the company had cancelled “Freedom” travel passes for adults with mental health issues and disabilities, some of them without warning. Barnet Trades Union Congress said:

This has meant that many people have found out for the first time that their pass has been cancelled while trying to use public transport. Others have had their pass cancelled as a result of a reassessment, despite there being no change in their condition. This is despicable and unacceptable.

There are many unhappy people in the London Borough of Barnet. It would appear that through attempting a cost-saving exercise under the guise of “efficiency” and “improvements” the council has merely succeeded in mass outsourcing, a worsening in the standard of public services and numerous financial and administrative blunders along the way.

But we do live in a democracy – so the people have the chance to express their dissatisfaction with their elected representatives.

Unfortunately in Barnet, this morning, many were denied the right to that due to another error in a catalogue of cock-ups by the Tory-led administration.

Would it be a surprise to know that some of the electoral services surrounding today’s voting are part-operated by Capita under Barnet’s “easyCouncil” scheme?

Get involved!
Sign the petition to reinstate people’s “Freedom” bus passes.
Join in with campaigning for public services.