Trump takes a giant step towards the US presidency, there's only one thing that can stop him now (VIDEOS) - Canary 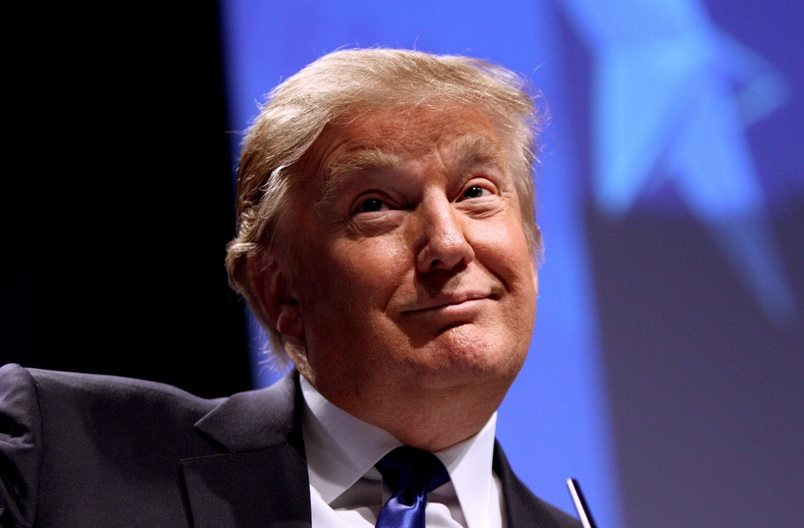 Donald Trump is now the near certain Republican candidate for the US presidency. The race for his challenger from the Democratic party is still on. But if, as most pundits would have us believe, the opponent will be Hillary Clinton, there is a very real chance that Trump could end up in the White House.

The game-over moment for Trump’s Republican rivals followed his victory in Indiana. In the state’s primary Trump secured almost 20% more votes than his rival Ted Cruz. Cruz dropped out of the contest following the defeat, meaning the only other remaining Republican candidate is John Kasich. However, Kasich is trailing far behind on votes, so nothing short of a miracle could propel him to overtake Trump.

Who Trump will stand against in a presidential race is still unknown. The two Democrat Party candidates, Hillary Clinton and Bernie Sanders, have both experienced wins and losses. Clinton is currently ahead with 1,682 pledged ordinary delegates to Sander’s 1,361, according to The Guardian. Run-of-the-mill delegates are what candidates earn through election by supporters in each state. Whoever reaches a certain delegate threshold receives the nomination.

There are also a number of super-delegates at stake, Democratic party elites who vote for their preference at the end of the contest. Many super-delegates have already suggested they will vote for Clinton, but are able to switch at any time.

In Indiana, Sanders won a victory over Clinton and there are still a few states remaining to vote. Following the victory Sanders said:

The Clinton campaign thinks this campaign is over. They’re wrong. Maybe it’s over for the insiders and the party establishment, but the voters in Indiana had a different idea.

And it’s not only the Clinton campaign that thinks the Sander’s campaign is over. Almost every newspaper story on the subject suggests the same, and have largely been doing so since his campaign began. So, what if they are right? If Clinton does become the Democratic nominee, what are her chances against Trump?

Since Trump’s near certain nomination was acknowledged the media class has produced numerous articles claiming Clinton would be a sure winner over Trump. Many accept her unpopularity amongst many Americans, but cite polls that conclude his popularity is worse.

However, a recent poll has suggested Trump is edging ahead of Clinton. And although most of the media ignored it, there have been plenty of US polls previously that clearly indicated that Sander’s chances against Trump are far higher than those of Clinton:

These polls consistently show Sanders outperforming Trump on a national scale. Like Trump, he is seen as an ‘outsider’ in the race. So, when pitched against Trump any criticism over who’s an ‘establishment’ candidate is taken off the table. This is a contentious issue in the US, as it is in many places, with ‘establishment’ politicians often struggling to gain trust. Without this issue present, the debate can then centre on actual policies and ideas, in which Sanders exceeds Trump by a mile.

In contrast, Clinton is highly regarded as an establishment figure, who has benefited from her close ties with corporate America. She has faced intense critcism for taking super-PAC money to fund her campaign, which allows large corporations to donate money to particular candidates. She has so far avoided calls for the release of speech transcripts she gave to banking, corporate and financial services. Speeches from which she pocketed hundreds of thousands of dollars.

And, although she vehemently denies any risk, there is a question looming over whether she could be indicted for having a private email server whilst Secretary of State.

In short, although the media class seem certain Clinton would be victorious over Trump in a presidential race, that is far from guaranteed. Trump’s success thus far has been propelled in large part by positioning himself as an outsider – despite being very much on the inside of the corporate class himself.

If there is a race between Trump and Clinton, the insider vs outsider narrative would likely play a big part. However, the US still could just about ensure they choose a Democrat who would take that weapon out of the equation. The choice is theirs, but it has huge ramifications for the world and is consequential for everyone.