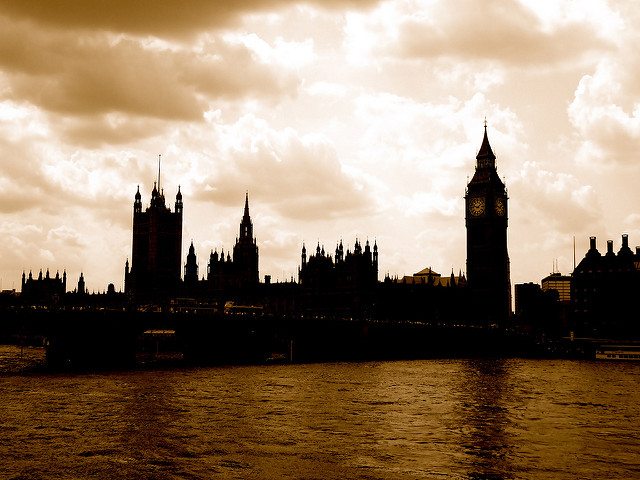 On Tuesday night in the Commons the Conservatives ran roughshod over 13 amendments tabled by the House of Lords to the controversial “Housing and Planning Bill“. These proposals would have seen some of the more pernicious elements of the legislation curbed – however the Conservatives had no intention of letting this happen.

The problem is the government now have a fairly free rein to pass whatever laws they like concerning England. With the introduction of “English Votes for English Laws” (EVEL, which the Housing Bill falls under due to devolution of the matter in Scotland) it is left to Labour to oppose. With a bench of just 228 versus the Conservatives 330 the task is insurmountable – even with vigorous campaigning from activists.

Elements such as forcing local authorities to sell-off their most expensive properties (which are often modified homes for disabled people) and pass the money on to central government. Rejected by the Lords. Pushed through by the Tories.

Ploughing billions into “Right to Buy” to housing association tenants instead of investing the money in new housing stock. Rejected by the Lords. Pushed through by the Tories.

Forcing tenants who earn over £30,000 (£40k in London) to “Pay to Stay” in their social housing. Rejected by the Lords. Pushed through by the Tories.

Not replacing properties sold under “Right to Buy” with like-for-like housing. Rejected… you get the idea.

to destroy council housing, condemning millions to a lifetime of insecure, expensive private renting, and does nothing for the rising number of people who have no secure place to call home. Everyone deserves a decent home, but landlords, developers and the rich are the only ones to benefit from this Bill.

It was blasted in the Commons last night by Labour’s Shadow Housing Minister Roberta Blackman-Woods. Describing is as a “dreadful bill”, she furiously pontificated

As the whole housing world has acknowledged this Bill does little to solve our housing crisis, but will make things a whole lot worse. What’s really important about social housing and council housing in particular is it has security. The whole policy fails to acknowledge that we are talking about people’s homes

All of this fell on deaf ears. The bill will now return to the House of Lords on Wednesday for them to consider their next move.

The fact the government are so hell-bent on pushing this legislation through should come as no surprise. Since the Thatcher era council housing has been seen by the Conservatives as a cash cow to be milked until it is dry. You only have to look at the decimation during her period in office to realise this. One million homes were sold under “Right to Buy” within 10 years of the 1980 “Housing Act”. Naturally, replacement of this stock hit an all-time low under John Major.

It should come as even less of a surprise when you realise that a staggering 39% of Tory MP’s are landlords. Any notion of impartiality regarding a bill which will directly benefit them has gone out of the House of Commons window.

Zac Goldsmith, currently embattled in the London Mayoral elections running arguably the most racist political campaign since Oswald Mosley, is a prime example of “vested interests”. Having proclaimed in Big Issue magazine this week that “The only way we can bring the cost of housing down is to get building” it seems he is true to his word. Except the only building he is interested in is the luxury variety as he happily takes £46,000 “donations” from property developers directly involved in the social cleansing of the city.

Vested interested, dodgy donations and even a full-blown scandal over possible electoral fraud. Not that you’d notice if you watch the BBC.

But the will of the people cannot be underestimated and with strike, after strike after strike and growing public disquiet – how long can this Conservative government really last?