EXPOSED: the companies profiting from forced labour in the UK 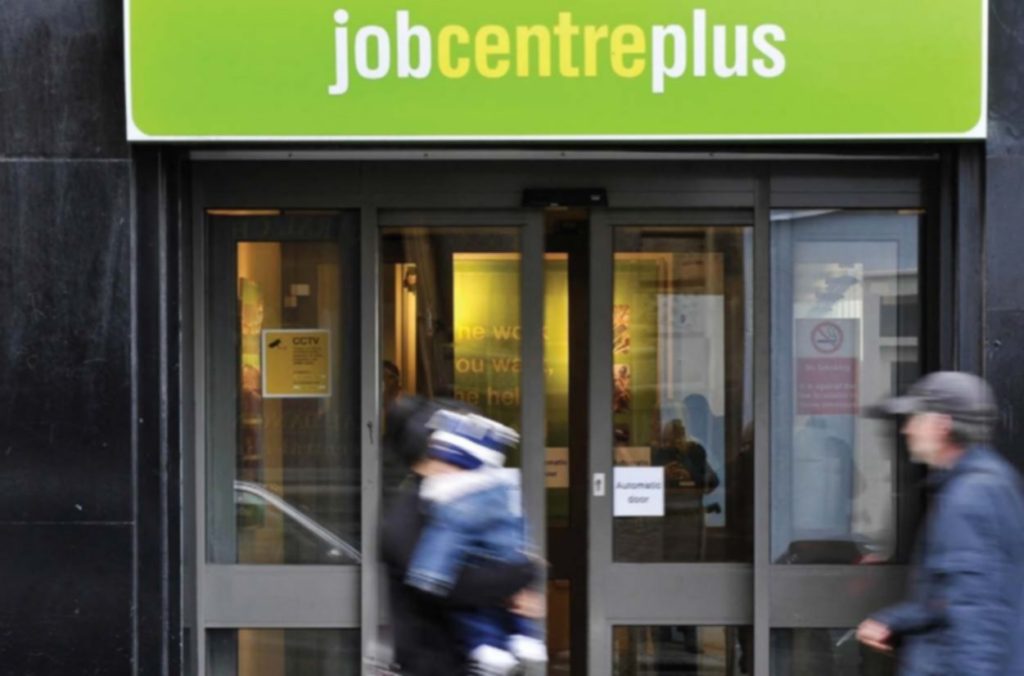 A shocking Freedom of Information (FOI) request has finally revealed the organisations who profited from free, forced labour in the UK – and it was all instigated by the Department for Work and Pensions (DWP).

The list of 545 charities, companies and government institutions details those that have used the DWP “Mandatory Work Activity” (MWA) scheme. The MWA was a system, started in 2011 but scrapped in late 2015, whereby individuals on either Jobseeker’s Allowance (JSA) or in the Work-related Activity Group (WRAG) of Employment and Support Allowance (ESA) had to do a four-week “placement” at an employer, free of charge, up to a maximum of 30 hours per week – to meet the criteria for receiving their benefits.

The idea behind the scheme, which was first piloted under Labour as the Jobseeker Mandatory Activity in 2006, was to help individuals get back into paid employment. As former employment minister Chris Grayling commented in 2012:

Where we use mandation [sic] in our welfare policies, it will be to do useful work on community projects. We will never mandate anyone to work for a big company. They wouldn’t take them if we did.

However, the reality of people on MWA doing “useful work on community projects” has always been disputed. The DWP have always refused FOI requests asking for the names of those involved in MWA, on the grounds that it would “prejudice the commercial interests of the DWP and those delivering services on its behalf.”

But after a legal challenge against the DWP by campaigner Frank Zola, the department was forced to release the names of all organisations who used MWA. “Useful community projects” is about as far from the truth as you can get.

The request shows that charities were among the biggest beneficiaries of the DWP scheme. High profile names included Age UK,  Cancer Research UK, the Citizens Advice Bureau, Help the Aged, the RSPCA and the Salvation Army.

While it may seem at first that there is nothing untoward with charities benefiting from free help, when you look at the underlying rules that surrounded the MWA, ethical questions are brought into sharp focus. The DWP made it extremely clear that if a claimant messed up their “placement”, then they would be punished. It specifically said that:

Failure to complete a Mandatory Work Activity placement without good cause will result in the sanction of Jobseeker’s Allowance for three months. This will rise to six months for a second breach. From later in 2012 a three year fixed sanction will apply for a third violation.

The issue with the MWA was its “one size fits all” approach to individuals. As one person’s testimony alludes to, being forced to do MWA for the RSPCA was causing more harm than good:

I am forced to drop everything, from studies to other voluntary work I’m doing just to do MWA. This will take 30 hours a week in work time; that’s not counting the 3 hours (total on bus per day) travel time plus the 6 miles I’ll be walking daily (3 miles to and from), that takes me about 30mins 1h total both ways (it’s all uphill)
So in a week, working it out overall, that’s:
Bus traversing time 3×5 hours = 15
Walking to the bus for 5 days is 1 hour, so that’s 5 hours
So travel time in total 15+5=20h
Then add the working hours and travel time together it’s 30+20=50h
So we’re looking at it being 50h weeks including all traveling time for the next 4-8 weeks.

As the writer went on to say:

I’ve been left a nervous wreck, I’ve been crying, tiny little things that go wrong just seem to be the straw that breaks the donkey’s back now. I’ve even been going into the dark realms of thinking about killing myself just to escape. Thankfully they’re fleeting and I chase the idea off at the moment.

Many of the charities involved were either for disabled people, the elderly, or mental health-related – all demographics which would have been directly affected by the MWA and its unwavering pursuit of forced labour. It would seem, surely, to have gone against the most basic principles of these organisations to involve themselves with such a scheme. And yet they did, en masse.

It wasn’t just charities benefiting, either. Numerous local authorities appeared on the FOI list, including Essex, Hartlepool and Stockton County Councils. This in itself was preposterous, as it essentially meant that the individuals on MWA were effectively earning their benefits – by working for government institutions for free, while they would have still been paying council tax.

But it is the multinational corporations that were involved which is the most shocking element of the FOI – because, as Grayling said, the DWP MWA scheme was supposed to be applied to “useful community projects”.

The names on the list are staggering, but unsurprising: Asda, Boots, the Co-op, DHL, Morrisons, Nando’s, Poundstretcher, Sainsbury’s, Somerfield, Superdrug, Tesco, The Range and WH Smith.

Quite often, people sent by the DWP were used as a cost-saving device by the companies involved. As one individual who did unpaid work for Asda recounted:

The store has been sending home paid workers early and using workfare workers. The store has somewhere between 10 and 15 people on DWP work experience. Not long after my group started work, paid staff started mentioning people being sent home early while work experience people were kept on. All of the work experience people that I know personally are working Christmas Eve and New Year’s Eve […] it seems pretty unlikely that they’re going to have normal levels of paid staff working on extra pay when they apparently can’t afford to pay them all normal wages in the course of a regular week.

Essentially, these multinational corporations were getting free labour – at the expense of the taxpayer via benefits payments. Furthermore, solicitors from Public Interest Lawyers (PIL) in Birmingham commented in 2012 that individuals under the MWA were being forced to work against their will, amounting to a breach of their human rights under article 4 (2) of the HRA, which states: “No one shall be required to perform forced or compulsory labour.”

Forcing jobseekers to work for free may benefit big business but does nothing to break the cycle of unemployment and poverty. Instead it amounts to exploitation, decided at the whim of a Jobcentre Plus adviser.

In 2011, the Social Security Advisory Committee warned about the MWA and its undermining of paid employment, stating that “overtime to permanent staff was being reduced or removed” and that “there was also evidence to suggest that work experience placements were being taken on to cover Christmas vacancies.”

Furthermore, an investigation by Corporate Watch found that of 84,000 people sent on the MWA between November 2011 and October 2012, around one in 10 of these people had their benefits stopped for between three and six months. The DWP refused to disclose the reasons for the sanctions.

While the MWA scheme has been scrapped, mandatory workfare is embedded in Universal Credit as “work preparation”. As Frank Zola, who made the legal challenge to the DWP to release this information on MWA, commented:

Over the past four and a half years the DWP has been denying the public right to know the names of employers using its numerous forced unpaid labour schemes, in their communities […] why should employers be able to hide behind the DWP’s cloak secrecy and legal shenanigans? Charities, businesses and public authorities should stop using using workfare. Like Oxfam, they should all consider it fundamentally unethical.

To make work pay, including ‘traineeships’ and other forms of ‘work experience’ organised by Government or employers must be paid at the going rate, be entirely voluntary, with no distinction on the basis of age and all workers should have the status of employees with full trade union, health and safety and equality legislation rights and protection. Benefit claimants should be provided with education and training that is entirely voluntary and have parity with the resources and money currently devoted to University level education.

Indeed, if anything is to be learned from the disastrous, exploitative and unethical MWA, it is that it appeared to do the exact opposite of what the DWP intended. Far from nurturing and preparing people to get back into paid employment, it served as little more than an exercise in forced labour, causing anxiety, distress and untold amounts of worry to those people (some already vulnerable) who were subject to it.

At least now one of the Tories’ most despicable policies has been exposed for what it was: Dickensian abuse of the poor. Nothing less.

Contact your MP to urge a full public inquiry into the Mandatory Work Activity scheme.

Support Boycott Workfare, who have campaigned tirelessly on this issue.