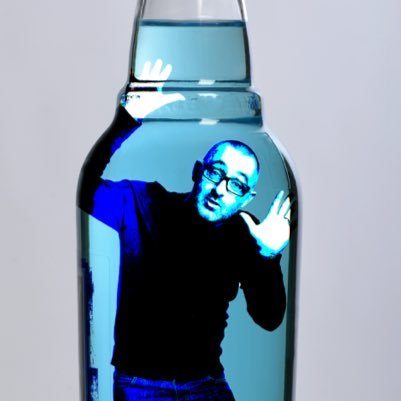 Paul McMullan is very open about his alcoholism, and his life hasn’t been easy. But he’s facing that battle in a remarkable way – by turning it into a stand-up show, which next week sees him at the Edinburgh Festival.

Prior to becoming a comedian McMullan had, in his own words, all the “trappings of success” – a successful career; a nice house; a “BMW on the drive”. However what he also had, was a developing problem with alcohol. One that eventually caught up with him.

Speaking exclusively to The Canary, McMullan said he had to hit rock bottom before finally recognising a problem:

I had lost my job, my home, I had a broken leg from a drunken pub brawl, and I was still drinking. I remember once looking at my Dad with my children standing next to me and wondering, how did he get that drunk? 10-years later I heard my two boys say the exact same thing about me. Then an old friend with a serious marijuana addiction looked at me and told me to sort myself out on the same day. It was on the way to the off-licence that I just stopped, sat down, and starting crying. I had hit the bottom and couldn’t carry on anymore.

He thinks in hindsight, like many alcoholics do, that something hadn’t been right for a long time. Often addicts get so caught up in the storm of their abuse, they fail to notice the havoc it’s wreaking around them – or they live in denial, allowing days to turn into weeks, then into months and eventually years. As McMullan starkly enunciates:

I think the moment I realised I had a problem, was when I thought I should slow down and have a few nights off the booze, and realised that for all my good intentions, I couldn’t. I always thought I made the decision to drink, what I hadn’t realised was I didn’t make that decision anymore. I had to have a drink. Looking back now, I see that I had a problem with alcohol for years.

He recognises that he shares similar traits to both his parents. Both were alcoholics who died from the illness, and (as is sometimes the case) learned behaviours may have been passed down. He says he never got to the stage of needing a drink when he first woke up, but: “by 11am, I needed that drink.”

There is a common misconception, especially among alcoholics themselves, that you only have a problem if you need to throw booze down your neck as soon as you open your eyes, just to stop shaking, or to clear your head. That is never the case. Every alcoholic’s illness is personal to them. Moreover, it’s not necessarily about the quantity you drink – it’s about the fact you don’t have control over it. It controls you.

But McMullan decided to take back control. After breaking down on the way to that off-licence, he took the decision to call Alcoholics Anonymous (AA) because “all I knew was that if you’re an alcoholic, you call them”. Someone came to see him, and then took him to his first meeting.

When you stop drinking, one of the hardest aspects is relearning literally everything again. Many alcoholics’ lives have revolved so heavily around drink, that when it’s not there anymore, very little else is left. It’s like being an awkward, hormonal teenager again – having to begrudgingly begin to make your way in the world, on your own. As McMullan says: “to never have a drink again is too mind blowing.”

But he did start to “relearn” – and life gradually, one day at a time, began to improve.

So, how did an alcoholic who had gone from having all the “trappings of success” to hitting rock bottom, end up being an award-winning stand-up, preparing to perform at one of the world’s most famous comedy festivals?

His inspiration was actually Wikipedia, of all things.

McMullan met his wife, Jo, after getting sober – and it was through her that he found comedy:

I’ve always made people laugh. I was always the funny bloke in the pub. Jo always said I should be on stage, but I had neither the knowledge nor the confidence to try stand-up. It was a chance reading by her of a comedian’s Wikipedia page. She noticed that he had done a comedy course, so she decided that I was going to do one. She booked me on it and as they say, the rest is history.

He started by doing the rounds on the London “Open Mic” circuit – or “small, poorly attended nights in a room in a pub or bar” as McMullan describes them, and from there his career began to grow. The audience reaction made him realise he was on to something: “surprisingly, the more I talked about my drinking, my mishaps and misdemeanours, the more they laughed.” Taking his show across the UK via “ridiculously long car journeys with fellow comedians”, he went on to win the Comedy Café London’s New Act Weekly Competition and Comedy Gladiators in Bath.

His show is about him, his drinking and his recovery. Audiences can, McMullan says, expect:

fun, laughing, and maybe a bit of thought provoking. My Edinburgh show Alcopop (the kid’s nickname for me) is about me, my recovery, and my family. It’s not a rallying cry for temperance. I strongly believe that no matter what the topic is, it has to be funny. The previews have been really promising and yes, quite a few people have told me it has questioned their relationship with alcohol.

He’s described as one of the UK’s “best natural storytellers, offering a refreshingly honest look at hitting rock bottom and bouncing back. Gaining a reputation for his punchy delivery and heartfelt subjects, Paul is fast becoming one of the hottest up and coming stand-up acts in the country.” But what’s so impressive about McMullan is his obvious self-effacing manner. When asked what he wanted to achieve, his first answer was:

To make people laugh – I guess it’s my new addiction. The feeling you get when everyone in the room laughs at something you wrote is unbelievable. When I started I just wanted to have a go, and enjoy it. I always set achievable goals now, and I don’t let my ego run riot, but I would really love to take my show back to London to the Soho Theatre, and then maybe around the country.

Paul McMullan encapsulates what happens when an alcoholic faces their demons head-on. He grabbed what was left of his life and shook it bloody hard. And through dogged hard work, inner strength, determination, and ultimately love for those around him – he has come out winning the battle he was fighting.

But as he also quite rightly says, beating your illness isn’t a “one size fits all” affair. “Don’t be afraid to ask for help” says McMullan, “and if the help you received didn’t work, try something else”. His story shows that however bad things look, however hopeless and desperate life seems – there is always something worth fighting for. And if you keep on fighting, you never know where you may end up.

You can see Paul’s show, Alcopop, at The Pleasance Courtyard, The Edinburgh Fringe – nightly at 9.15pm from August 3 to 28 (excluding August 15)

If it is a medical emergency call 999.