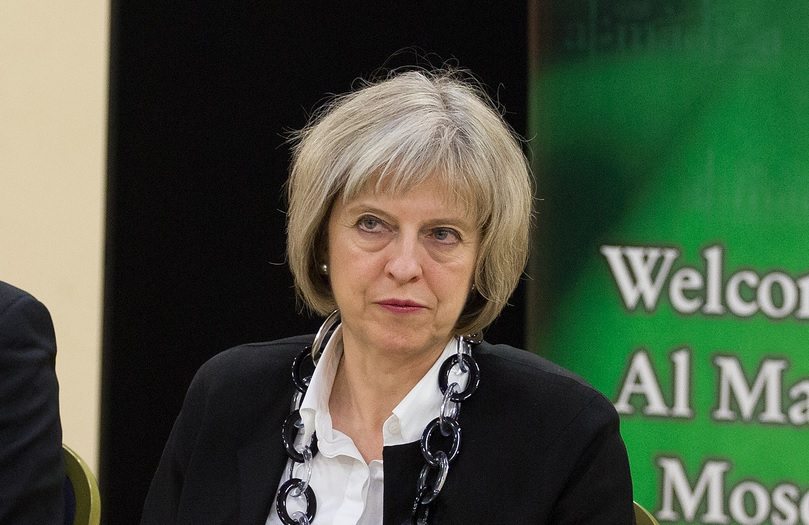 Theresa May has revealed a plan to pay off residents in areas where fracking is taking place. The proposal, which will see households receive a ‘bribe‘ for accepting the controversial shale gas mining in their area, perfectly illustrates May’s priorities on environmental matters: money talks, no matter the cost to mother nature.

The Prime Minister announced the policy on 7 August, though it builds on George Osborne’s previous plan to create a Shale Wealth Fund, from which money would have been allocated to councils and community funds in areas where fracking was taking place.

Money is the mother of all things

May has rewritten the rules of Osborne’s initial proposal to distribute money from the fund directly to households instead. Early estimates suggest these payments will range between £5,000 and £20,000. Speaking about the decision, the Prime Minister said:

The government I lead will be driven by the interests of the many – ordinary families for whom life is harder than many people in politics realise.

It’s about making sure people personally benefit from economic decisions that are taken – not just councils – and putting them back in control over their lives.

Recent government poll findings suggest public support for fracking stands at only 19%, but May’s move to allow people to “personally benefit” from the practice could increase that. Especially as her government has created shocking levels of poverty in Britain through its ideological austerity agenda.

The government has tried to sweeten the fracking pill with cash payments before, and it didn’t work.

People’s concerns about climate change and their local environment cannot be silenced with a wad of cash.

You can’t put a price on the quality of the air you breathe, the water you drink, and the beauty of our countryside.

The Labour Party and the Green Party have also criticised the proposal.

Fracking is the process of injecting water into rock to extract shale gas. It is banned or suspended in a number of EU countries including Germany and France.

Cheerleaders of the practice assert that it is a clean energy alternative to oil or coal, and under David Cameron the UK government vowed to go “all out for shale”. May supported the government’s efforts to encourage shale extraction, and was against regulation of the fracking industry, every step of the way.

But opposition to fracking is fierce, and for good reason. As Naomi Klein noted in her book This Changes Everything, studies have found that fracking produces an alarming amount of emissions, and is as dangerous to the environment (if not more so) as conventional energy sources. She writes:

[T]his means that fracked gas has a greater greenhouse gas impact than oil and may well have as much of a warming impact as coal when the two energy sources are examined over an extended life cycle.

But the Prime Minister seems determined to continue on Cameron’s “all out for shale” course. Her attempt to buy people’s acceptance of fracking in their area follows the government approving drilling for shale gas in national parks through the ‘parliamentary backdoor’, i.e. without parliamentary debate, in 2015.

Her ‘bottom line’ when it comes to environmental matters is what money can be made from, or thrown at, the problem. Essentially, May proposes to save the environment with the very thing that has brought it to the brink of disaster.

Our world deserves better, and it must get it if we want it to be habitable for generations to come.

Learn more about shale extraction from the Frack Off network.