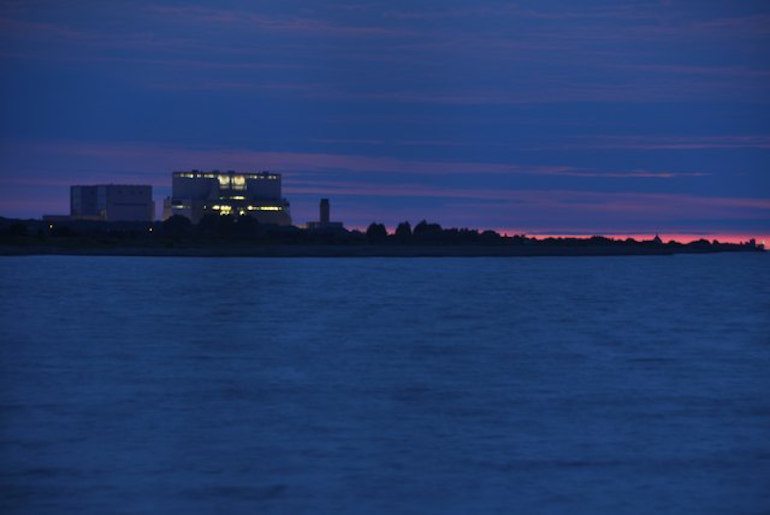 China has scolded Theresa May’s decision to put plans for the construction of a new nuclear power station at Hinkley Point on hold, rather than going ahead with construction as planned.

May’s decision, which will see a review of the construction, safety issues and investment concerns, has been criticised by China’s ambassador to Britain, Liu Xiaoming, who said:

The China-UK relationship is at a crucial historical juncture. Mutual trust should be treasured even more. I hope the UK will keep its door open to China and that the British government will continue to support Hinkley Point – and come to a decision as soon as possible so that the project can proceed smoothly.

This “historical juncture”, no doubt a reference to Brexit, sees China attempting to reinforce its relationship with Britain by heavily investing in and controlling its infrastructure.

The official press voice of the Chinese government went on to say that the Hinkley Point decision “adds uncertainties to the ‘Golden Era’ of China-UK ties”.

While UK-China trade relations were once a key part of David Cameron’s government policy, Theresa May has expressed her concerns.

Certainly, when we were in government, Theresa May was, I think, quite clear that she was unhappy about the rather gung-ho approach to Chinese investment that we had, and that George Osborne in particular was promoting and, as I recall, raised objections to Hinkley at that time.

Cable went on to state that he believed May had a “general prejudice” against Chinese investments in Britain and wanted to replicate US rules banning foreign takeovers that could undermine security. It has also been revealed that May had privately demanded strict new national security checks on Chinese companies seeking to take over British industries.

During the referendum, one of the few firm proposals coming from the Brexit camp was that Britain’s economic prosperity outside of Europe could be secured by furthering our relations with China and other large, fast-growing economies in the east. Today we see that the prime minister has put that – and £40bn of inward investment – in jeopardy by bungling negotiations over Hinkley Point.

Lord Mandelson stated that, post-Brexit, Britain was “not in the happiest position”, and alienating China over Hinkley Point wouldn’t help things. Especially since he believes that, outside the EU, the UK would be “more dependent on China’s goodwill because we’ll need to replace trade lost in Europe.”

Hinkley Point is a massive project, costing £18bn of public money, invested in by both Chinese investors and the French energy giant EDF. The latter already owns and controls a large percentage of the UK energy market, and is responsible for taking out dividends worth £900m from the UK market and investing them into foreign markets. Hinkley Point will provide EDF with an even bigger share of the market and will also solidify Chinese investor dominance in the British market.

The project could also cost the British taxpayer up to £30bn in subsidies to the French and Chinese firms involved. The UK government has guaranteed EDF a price of £92.50 a megawatt-hour for the electricity generated at Hinkley for 35 years – that’s more than double the current cost of wholesale electricity prices.

China has already made some strong investments in UK business. Take Hong Kong-based Hutchison Whampoa’s acquisition of UK mobile telecom operator O2 for $15.3 billion. These investments will see more money leaving the UK for the pockets of rich Chinese investors, and Hinkley Point is no exception.

While May’s actual intentions are unknown, the decision to review a project which furthers the privatisation of Britain’s public services is wise. Similarly, many would argue that the main reason to review plans for Hinkley Point would be environmental concerns over the potential risks of nuclear power, which have garnered more public attention since the Fukushima Daiichi nuclear disaster in 2011.

The continued government support for potentially dangerous energy sources is frustrating, given the fact that renewable energy offers a very real and positive alternative. The Intergenerational Foundation thinktank has calculated that Britain could generate the same amount of power from renewable alternatives for the entire lifespan of Hinkley Point, for up to £40bn cheaper.

Since the announcement of May’s decision, plans for Hinkley Point continue to unravel, with France’s ruling Socialist Party warning that Hinkley threatens the financial viability of EDF. The state-owned energy giant is responsible for two-thirds of the £18bn funding.

In short, the Hinkley Point saga continues – with increasing tensions between the UK and Chinese governments, and a continued (and frustrating) focus on privatisation, foreign investment, and the backing of a resource riddled with problems.