New email leaks reveal Jack Straw was very grateful for Brexit, and for the most disgusting reason - Canary 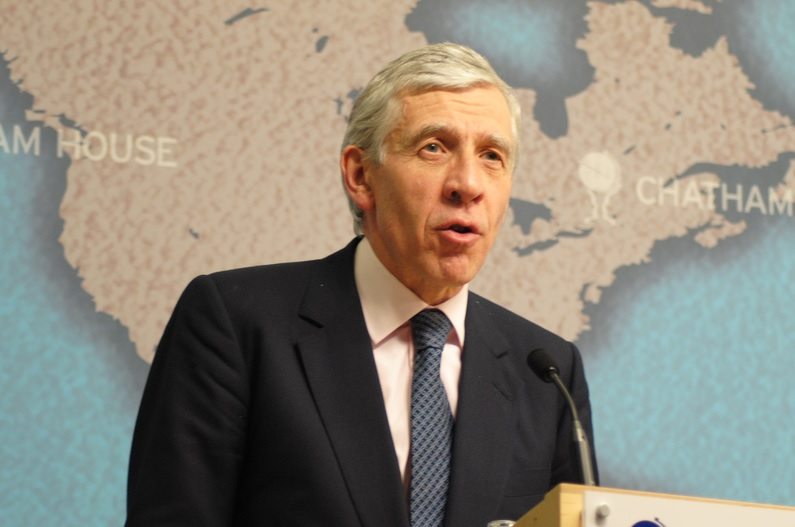 New email leaks reveal that Jack Straw, Foreign Secretary in Tony Blair’s government, was very grateful for Brexit. Not because it gave the British public a say in the direction of their country, but because it created a distraction from the publication of evidence that put his Labour government to shame.

Brexit’s “silver lining”, according to Blair’s co-architect of the 2003 invasion of Iraq, was that it buried the Chilcot Report alongside the millions who died as a result of the war.

Straw tells Powell: ‘We’ve got to spin this right’

According to the leaks, on 4 July (two days before the publication of the Chilcot Report), Straw emailed former US Secretary of State Colin Powell, his accomplice in the invasion of Iraq. He wanted to discuss the appropriate response to the upcoming release of the inquiry. 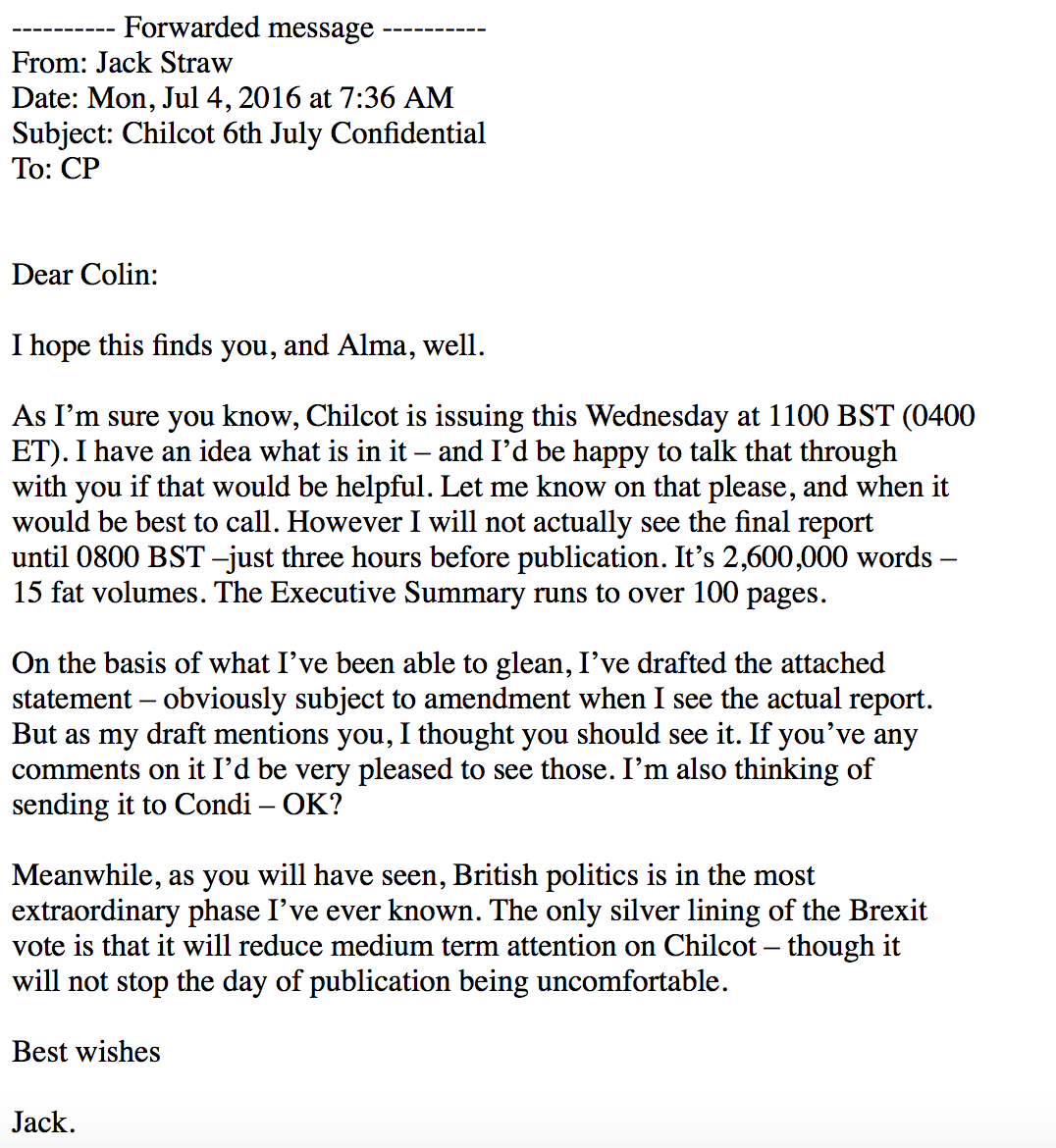 Straw had drafted a statement which he thought Powell “should see”, as it referenced him. After welcoming Powell’s feedback on the statement, Straw turned his attention to the current political climate in the UK, and the effect it might have on the reception of the Chilcot Report:

Meanwhile, as you will have seen, British politics is in the most extraordinary phase I’ve ever known. The only silver lining of the Brexit vote is that it will reduce medium term attention on Chilcot – though it will not stop the day of publication being uncomfortable.

For Straw, who had campaigned for the ‘Remain’ camp in the EU referendum, there was a bright side to Brexit. He believed that it would take the heat off the 2.6m-word report into his government’s actions in Iraq.

Was Straw right? Did the report on Blair’s invasion fall flat?

On 6 July, the day the Chilcot Report was published, there was wall-to-wall coverage of the publication and its findings into the invasion of Iraq. The Guardian alone published over 40 articles that day on the subject. By 8 July, that number had reduced to 11. And within one week, that coverage had whittled down to almost nothing.

The BBC also published dozens of news articles on the report the day it was released. But its top-listed “Editor’s choice” section on the Chilcot Report points its readers to very little coverage after that date.

Of course, there was an avalanche of other news to cover: the Brexit fallout; the Labour coup; the Conservative Party’s own leadership battle after David Cameron resigned. But it does appear that, after an initial flurry of reporting on the Chilcot findings, interest in the matter quickly dispersed.

Phew, we made it!

Straw and Powell communicated again about a month later, musing on their countries’ reactions to the report. On 3 August, Powell emailed the previous Foreign Secretary to tell him the Chilcot Report “didn’t amount to anything over here”. He explained that, in the US, Blair “was mentioned a lot for a short period of time”, but all was quiet on the western front now.

Yes, the Chilcot story has faded altogether here too. It was unpleasant on the day but almost all the focus was on Tony [Blair]. But even for him it seems to have gone.

There is some stuff about some relatives of soldiers killed in Iraq trying to get a legal action against Tony on its feet buy [sic] it’s hard to see how that could work.

Families of British soldiers killed in Iraq have launched an appeal to fund prosecution of Tony Blair and other state officials “who might have acted unlawfully or in excess of their powers”. If they succeed, which Straw obviously doubts, Blair’s defence will be paid for by the taxpayer, despite the former Prime Minister being a millionaire.

Scorched on our souls

Straw’s relief that the “unpleasant” attention surrounding the Iraq War report had “faded” reveals an unsettling attitude towards one of the UK’s most disastrous decisions. The invasion of Iraq was an absolute catastrophe. Countless lives were lost, an entire region was thrown into chaos, terrorism blossomed, and the reputation of the UK around the world was ruined.

But seemingly, all Straw can focus on is saving his own skin.

UK citizens, and all those around the world affected by the decisions made here, deserve better architects than this.

The fact that we are all now acutely aware of that is the only true ‘silver lining’ of this disgusting episode in UK history.

– Take action with the Stop the War Coalition against the militarisation of our world.

– Donate to the crowdfunding appeal seeking to hold those responsible for the war to account.