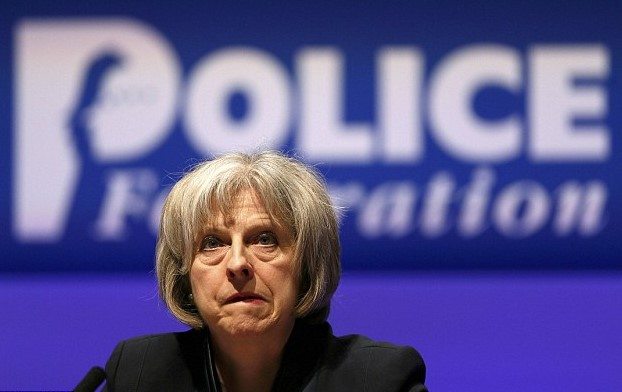 On World Mental Health Day, the police have pinned the blame for the UK’s deepening crisis in mental health care on the Conservative Party’s austerity agenda. In the past, the police have only been critical of matters relating directly to their work. But a report by The Guardian revealed that the number of people being detained under the Mental Health Act has increased by 50%. And it comes at the same time one police force is threatening to sue the NHS over a lack of mental health beds.

Unsuitable treatment, or none at all

In 2015, 28,271 people were detained under section 136 of the Mental Health Act, up over 50% from 17,417 in 2o05. This part of the act allows police to remove someone from a public place and take them to a place of safety. Section 136 is used in cases where someone poses a risk to their own life, or when the police have found someone who is distressed or agitated in the street.

The College of Policing said this increase was most likely due to a lack of support in the community for people with mental health issues. It further stated that the police are now being relied upon as an “emergency crisis service” more than ever. The claim ties in with a report from the University of Manchester showing that the number of people taking their own life was higher among people who were being supported in the community, as opposed to an inpatient environment. Last year, 200 people took their own lives while receiving community support.

The increase in police use of Section 136 correlates with the Conservatives’ cuts to services. Since 2010, the number of mental health beds has been reduced by 8%, along with around £50m from children’s mental health services. While the government has pledged a ‘record’ £1.4bn in funding, this merely covers the historical shortfall, with a bit more on top. Experts say that because mental health services currently receive just 13% of NHS funding, while making up 23% of UK illness, over £11bn extra would be required to make services adequate.

But one police force is threatening to take drastic action if the crisis in mental health services is not resolved.

Shaun Sawyer, Chief Constable of Devon and Cornwall Police, has threatened the NHS with legal action if it doesn’t resolve the crisis in the number of mental health beds. Sawyer said that if someone came to any harm in custody, while being unsuitably held under the Mental Health Act, then the NHS would be held responsible. In a letter seen by the Express and Echo, the police force will now be keeping detailed records of people’s time in custody.

Sawyer told the BBC that while it was “unedifying” to sue a public body, he would do so if necessary. Examples reported by Devon and Cornwall police include a woman threatening to jump from a bridge in September who was talked down and put in a cell because the NHS couldn’t accommodate her. And, a few days later a vulnerable victim of a sexual assault spent the weekend in cells due to a lack of mental health beds. A spokesman for the NHS in Devon said:

We are in complete agreement… about the need to continue to reduce the number of people… detained inappropriately in police custody. We are disappointed that Chief Constable Sawyer has felt the need to threaten legal action… [but] we remain committed to continuing our partnership approach.

Ultimately, what the police reports show is that too many people in the UK are suffering due to a lack of mental health support. And as The Canary has reported, Tory cuts to services are also directly causing mental health problems, with more than 26,000 people plunged into depression due to benefit cuts.

But with the next four years seeing more cuts to services on the cards, things may only get worse. Around £20bn of “efficiency savings” are still to be made in the NHS. The child poverty rates are set to skyrocket by 2020. And more benefit cuts are still to come. All these, coupled with a dire financial forecast for households after Brexit, are creating a perfect storm for a deepening of the mental health crisis in the UK. And the Tories’ relentless austerity agenda is only compounding the problem.

– If it is a medical emergency, call 999 immediately.

– Write to your MP, calling on them to oppose Tory austerity.