BREAKING: Public votes didn't matter, Brexit might not go ahead after all - Canary 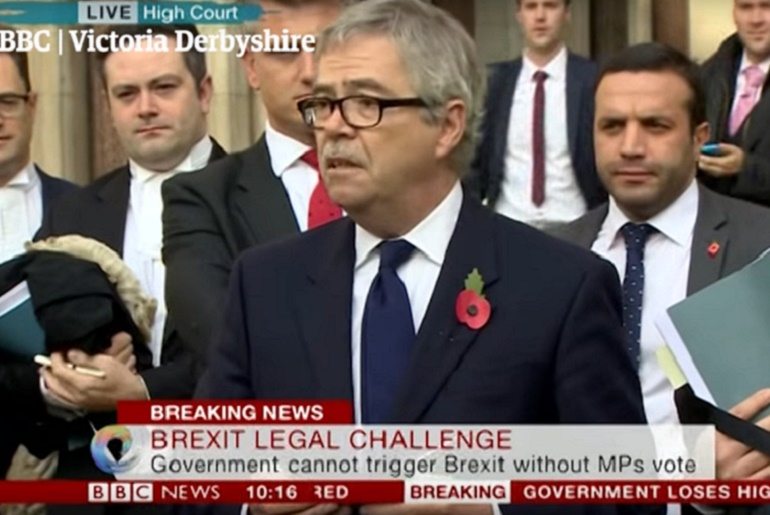 After months of debate, the High Court has ruled that parliament must now vote on whether the UK can proceed with Brexit. The decision has received mixed reactions.

On 23 June, the UK voted to leave the European Union — by a margin of 51.9% to 48.1%. The decision resulted in Theresa May replacing David Cameron as Prime Minister.

After the result, May announced she would trigger Article 50 of the Lisbon Treaty by the end of March 2017. But the latest High Court ruling means she will now have to consult other MPs before the process can go ahead.

the Government accepts… that if notice is given under Article 50 it will inevitably have the effect of changing domestic law. Those elements of EU law which Parliament has made part of domestic law by enactment of the 1972 Act will in due course cease to have effect.

The central contention of the Government in the present case is that Parliament must be taken to have intended when it enacted the 1972 Act that the Crown would retain its prerogative power to effect a withdrawal from the Community Treaties (now the EU Treaties), and thereby intended that the Crown should have the power to choose whether EU law should continue to have effect in the domestic law of the UK or not.

Watch the action from the Court ruling here:

While the government is expected to appeal the ruling, some MPs were pleased by the result.

Given the strict two year timetable of exiting the EU once Article 50 is triggered, it is critical that the government now lay out their negotiating to Parliament, before such a vote is held. So far May’s team have been all over the place when it comes to prioritising what is best for Britain

The decision comes at a crucial time for the government. The ruling means that there may be a delay to triggering the Article and also raises the question of whether it will be triggered at all. The government now needs to clarify whether it wants parliament to vote on the decision or proceed with a series of complex negotiations.

– Find out more out the High Court ruling.