A weak pound may entice tourists, but this growing problem will push them away - Canary 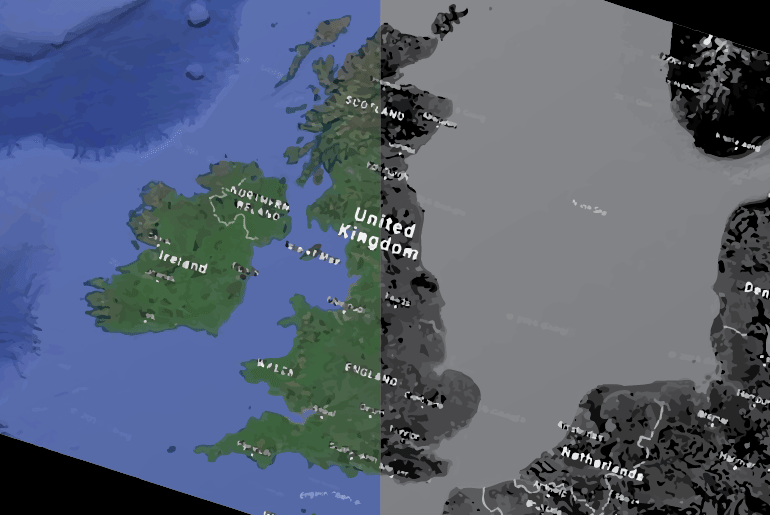 It has been widely repeated that the weakened pound will boost British tourism and exports. But affordability is not the only measure of a destination’s attractiveness. And what few seem to be considering is the effect that a rise in hate crime may have on our appeal as a tourist destination. Or indeed what other effects will be felt as a result of the government and media becoming increasingly hostile towards foreign visitors, foreign workers, and British people of colour.

A lot has been written about the potential negating effects that may dampen an exporting boom. The potential hurdles to us becoming a more widely visited tourist destination have received far less attention entirely.

Tourist spending has seen a marked increase since the referendum. The tax-free shopping group Global Blue has recorded a 7% increase in spending by customers from Asia and the US, for example. July saw a 2% increase in the number of tourists visiting the UK. Scotland has also reported a boost, although this has come at the same time as a rise in costs. The BBC speculated this increase in costs:

may have been due to the introduction of the so-called National Living Wage, at a higher rate than the previous minimum.

While this may be the case, it’s worth noting that tourism will also be affected by the future price increases that will impact everyone else.

It’s also important to note that tourists are visiting a country that has so far felt very few of the predicted negative impacts of Brexit. This means that Britain is currently very popular for luxury goods tourism, because there are still many shops here which sell such wares. This situation will not necessarily maintain itself if Britons’ disposable incomes plummet. Unless of course tourism increases enough to sustain these industries – a scenario which is especially unlikely outside tourist hotspots like London.

Michael Wainwright, the managing director of the fine diamond jewellery retailer Boodles, has noted that:

Collectors will gravitate to the country offering the lowest price and at the moment that is the UK.

This suggests that the current increase in luxury goods tourism is likely to sustain for only as long as the UK offers the lowest prices. As we live in a turbulent global economy, there is no way of predicting how long this bubble will last.

Wainwright also expressed the opinion that the weaker pound “will help London, retail, and luxury goods”. Although increased tourism will obviously have some benefits for the entire country, it’s unlikely that disenfranchised voters cast their ballots to engineer a more favourable situation for either London or the luxury goods industry.

And this bubble is not the only area in which our long-term tourism prospects are at risk.

There was a spike in hate crime after the referendum that Sir Bernard Hogan-Howe, the Metropolitan police commissioner has partially attributed to the Brexit result. Perhaps more worrying than the spike, however, is that there has also been a lasting rise in such incidents. This means that although we are down from the 60% increase of the spike, as of 18 August there was still a year-on-year increase of 14%.

The absolute numbers are low, but we think it is massively under-reported [crime]. Sadly, people don’t tell us about the harassment and the abuse that we know will go on out there.

It probably shouldn’t need stating that a country which is openly hostile to foreign visitors is not a destination that will enjoy universal appeal amongst tourists.

This reputation is also becoming known beyond our borders too. A German woman who has lived here for 13 years made this abundantly clear in a translated interview from the newspaper Die Welt:

If you are out with the children, maybe don’t speak German too loudly at the moment.

The tone has changed. No Brit would ever tell me, ‘we do not want you to be here any more,’ but it is now ‘we and you’.

We have also witnessed Nigel Farage becoming something of an ambassador for post-Brexit Britain. This has manifested in his support for Donald Trump. Farage’s support for Trump, who has engaged in numerous instances of blatant racism, undermines his historical attempts to portray himself and UKIP as patriots rather than bigots.

Foreign workers in the UK

There is also the question of this government’s attitude towards foreign workers. This ideological zeal is perhaps best typified by Theresa May’s plans to replace all of our foreign doctors. Nicola Sturgeon summed up this zeal and conceit:

The arrogance of this from UKG is breathtaking…like they're somehow doing these doctors a favour by 'allowing' them to save lives here. https://t.co/oUnOiEkRfG

Many people who voted for Brexit do indeed want fewer foreign workers here, and many would also like to see more British doctors. Regardless of the rights or wrongs of these opinions, the manner in which the government and media are coming together to scapegoat foreign workers and make them feel unwelcome has led to criticisms from even UKIP. As The Independent reported:

Roger Helmer, the party’s MEP in the East Midlands, said plans to ‘shame’ companies who employed foreigners would be branded ‘fascist’ had they been advocated by UKIP.

When foreign workers return to their home countries, they will talk about why they left the UK. The people they talk to are the ones who are going to think twice about visiting us as tourists.

The Boston Review published an article titled “Go home!”: Being Foreign in Post-Brexit Britain. The title quotes what many people were told after the referendum.

Having literally been born here, many of the people who were told to “go home” already were. In the current UK climate, it would not be surprising if some chose to leave. And many of those who weren’t born here but who have made lives for themselves in the UK may also choose to leave.

And this obviously begs the question: if there is an option to go anywhere else but here, why would people choose Britain?

Because although cheaper accommodation and services are nice, if the government and media persist with their xenophobic, racist and isolationist rhetoric, our reputation as an open and welcoming destination is unlikely to endure.

– Read more from The Canary on Brexit, the mainstream media, and xenophobia.