This musician captures the reality of the 'refugee crisis' perfectly, in just one song [VIDEOS] - Canary 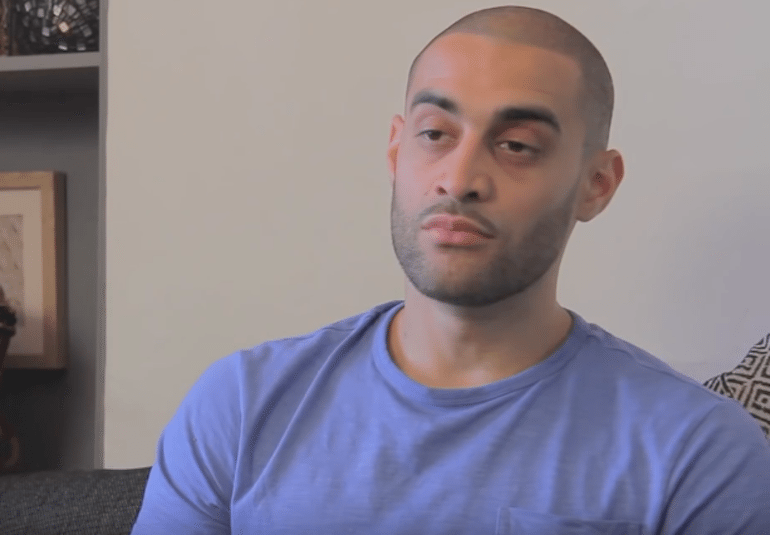 British rapper ‘Lowkey’ returned to the world of music in August 2016 with politically conscious vigour. And in an interview on independent music platform Global Faction, he discussed the meaning of his topical new song Ahmed.

Lowkey left the music scene in 2012. Well-known in ‘activist’ circles, his songs covered important issues both at home and internationally. Engaging with subjects like counter-terrorism and Palestinian rights placed him firmly in the genre of ‘conscious hip-hop’.

In Ahmed, he talks about Europe’s ‘refugee crisis’. Discussing both history and contemporary politics, he skilfully highlights the sticking points of the migration debate:

In the interview, Lowkey says:

With the song Ahmed, for me it was an attempt to humanise people who had been largely stripped of their humanity when undertaking what they call the journey of irregular migration.

A reference to Javier Bauluz highlights this. Bauluz famously took a photograph of a man washed up on a beach in Tarifa, Spain, on the coast opposite Morocco in September 2000. Just in front of the dead man, a couple seemed to enjoy their day at the beach, apparently unaffected by the body.

As many people often tried and failed to swim from Morocco to Spain, many others continue to die at sea. Desensitisation to this misery also continues.

Lowkey says that in Calais, French people treated their dogs with more respect than the refugees who camped there. Before the intervention of courts, volunteers, and aid workers, conditions in Calais were not even fit for animals.

The rapper says that he chose the name ‘Ahmed’ to depict this message because it “represents a painful part of the encounter… between the West and Arabic-speaking societies”. Comedian Jeff Dunham’s skit Achmed, the dead terrorist, which mocks the stereotype of Arabs and terrorists, perhaps backs this point up. For Lowkey, the use of foreign names adds to an “ambience of otherisation” which undermines people’s sense of self-worth.

History and context is everything

At the beginning of the 20th century, then-Prime Minister Arthur Balfour oversaw the Aliens Act 1905 to limit immigration and “stop Britain being swamped by Alien cultures”. France’s colonial past can’t be ignored either, as the marginalisation and disenfranchisement of French people from African and Asian backgrounds shows.

The Middle East was once a place where philosophers and metaphysicists discovered and invented concepts and tools that are vital to today’s society. But the region’s civilisations, which were once held in such esteem, are now dehumanised.

For the greater good – for national security

Lowkey speaks about how such dehumanisation has led to ill-treatment:

All of these cases represent the criminalisation of migration and how we have somehow justified it by relating it to national security issues like terrorism.

It’s a stark picture of how, if “Ahmed” even survived the sea, he could end up at the same point. At the very least, continuous challenges remain while trying to cross the borders in Europe.

Asylum policies prevent people reaching their destination, their families, places where they can genuinely feel safe. Their intentions are always to make it look like refugees are simply circumventing law and policy. But it’s the policy, law and history that are responsible for the current crisis.

Europe was built on wealth built on unjust arrangements and the imposition of European supremacy through violence.

It could be shallower than that. EU policies have created situations where militarisation and intolerant laws have meant longer and more dangerous journeys and also more deaths.

The ‘climate of fear’ in destinations like the UK creates these outcomes. It makes people view others as wanting their jobs or their benefits, despite evidence that shows that ‘immigrants’ make an overall positive contribution to the UK. And it’s partly created by the negative messages from politics and media. From David Cameron’s ‘swarm of migrants’ to Katie Hopkins’ use of the word ‘cockroaches‘.

But people are not simply ‘refugees’, ‘migrants’, ‘the other’, ‘swarms’, or ‘cockroaches’. They’re people with lives, skills, and families. They are fellow human beings. And we need to view displaced people with the same humanity we expect for ourselves. Ahmed reminds us of that.

– Read other articles from The Canary on migration the refugee crisis.

– Write to your MP and express your concerns on the UK’s migration policy.