Wondering if there’s a soft coup against Corbyn? Look no further than this media ‘scoop’ [VIDEO] - Canary 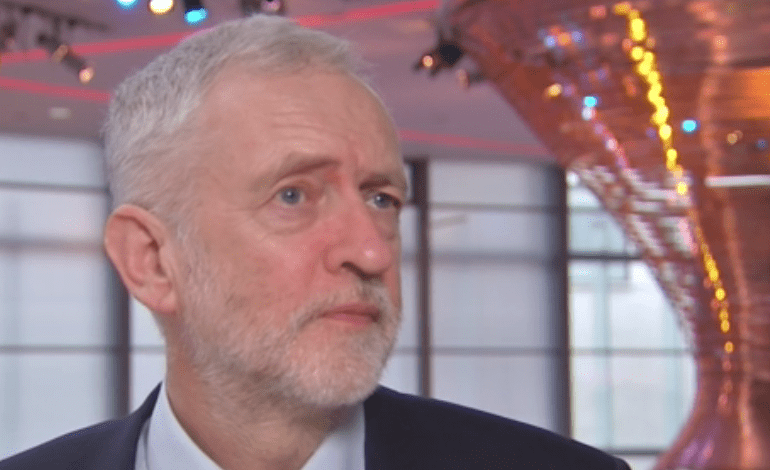 Shadow Chancellor John McDonnell recently warned the public about a “soft coup” against Labour leader Jeremy Corbyn. If you’re wondering whether there’s such a coup, look no further.

"I've given you a very, very clear answer": @jeremycorbyn tells @lewis_goodall he will be #Labour leader for the 2020 general election pic.twitter.com/uzAAeeJ49J

The characterisation of Corbyn as a “snarling” maniac was quickly picked up by The Huffington Post, The Sun, The Express, and The Daily Mail.

The interviewer had already asked Corbyn twice if he would continue as leader after the Copeland by-election defeat. Twice, the Labour leader made it clear that he would, saying:

I’m carrying on as leader because I’m determined that we will deliver social justice in this country. We will end the misery of people sleeping on our streets and children growing up in disgusting and disgraceful poverty. And growing levels of inequality promoted by a Tory government that frankly doesn’t care

Yet interviewer Lewis Goodall felt the need to ask him for a third time.

Corbyn faces seemingly endless questions about whether or not he will resign. Earlier this month, the BBC peddled false rumours that he planned to quit as leader. And even after the rumours proved to be false, the BBC continued to repeat them. The BBC interviewer asked Corbyn three times whether he’ll resign.

These same interviewers are not relentlessly asking UKIP leader Paul Nuttall if he will resign after personally losing the Stoke by-election. Nor are they asking successive Conservative leaders to resign. Despite Conservative policies meaning Britain’s wealthiest have doubled their net worth since the financial crash. No, Corbyn is the enemy here.

The corporate media constantly asks Corbyn to stand down because his policies challenge establishment power. Many media pundits only pretend to care about the electoral success of the Labour Party. Labour’s vote share in Copeland dropped 43% under Tony Blair. A major reason Labour is failing is because of the toxic legacy these pundits would have the party return to.

– Read more about Jeremy Corbyn at The Canary.