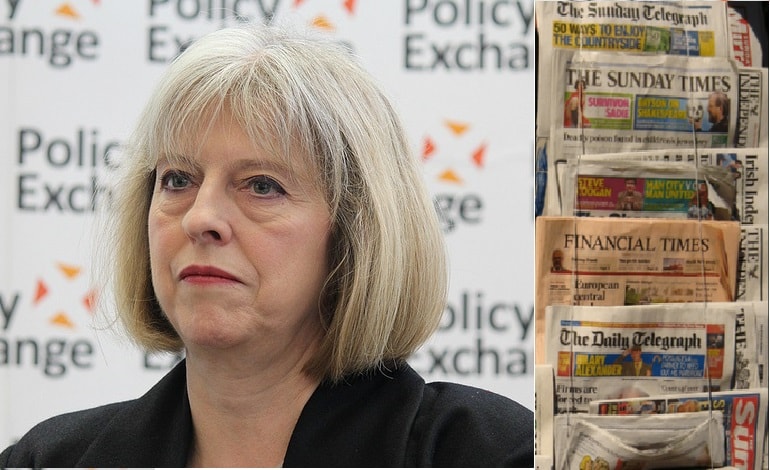 As Labour’s polling climbs to 35% (close to Tony Blair’s winning vote share in 2005), the establishment media has entered full panic mode. And except for The Guardian, several outlets have misrepresented a Sky interview with Jeremy Corbyn.

Asked about the actions of the IRA by interviewer Sophy Ridge, the Labour leader said:

Feeling the heat from the Labour surge, the media’s following propaganda effort was quite something. Billionaire-owned outlets The Daily Mail and The Telegraph went for full-blown front pages like: 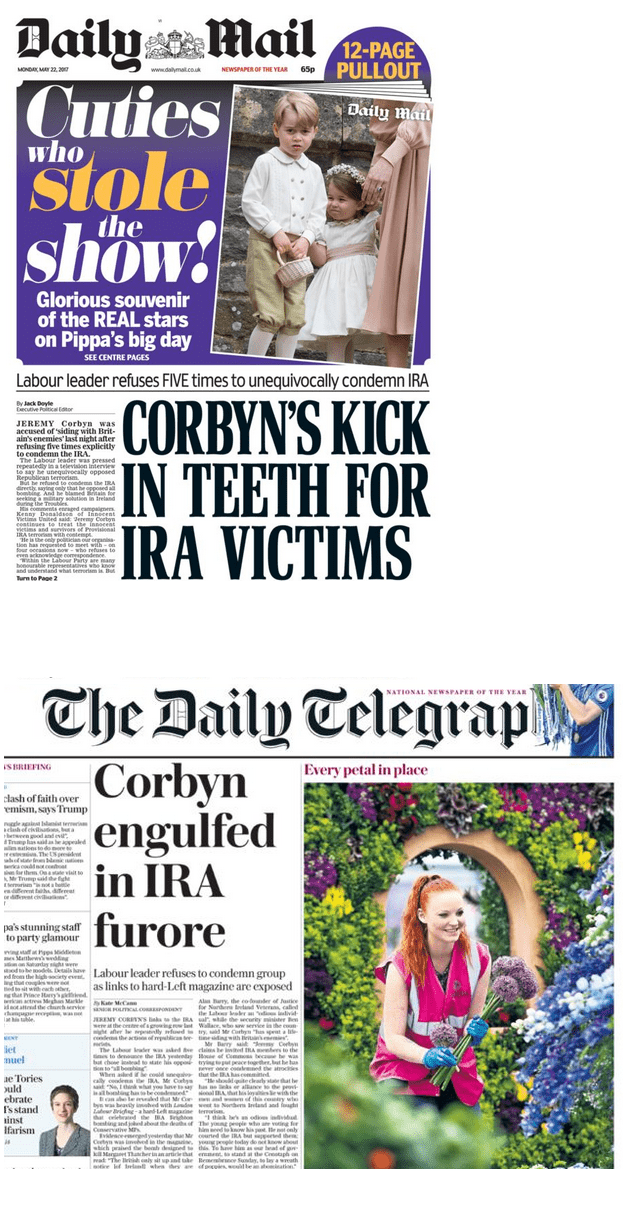 The reports not only misrepresent the interview, but also suppress the Labour leader’s history of supporting peace and negotiation. For example, Corbyn received the Gandhi Foundation International Peace Award in 2013. He obtained the prestigious award in recognition of his “consistent efforts over a 30 year Parliamentary career to uphold the Gandhian values of social justice and non‐violence”.

Yet right-wing reports suggest he supports the bombing of the IRA. Take The Spectator’s opening line:

Content analysis from Cardiff University shows broadcasters are sidelining policy discussion in this election. Correspondingly, on the Sky interview, public service broadcaster the BBC went for a similar angle to the rest of the press:

Jeremy Corbyn has refused to single out the IRA for condemnation when pressed over his past campaigning activities.

The character assassination does not just come from misrepresenting his words, but also from giving undue prominence. Nearly the entire press singled out the historic IRA question as the most newsworthy item from the interview. And they framed the story to smear the Labour leader: 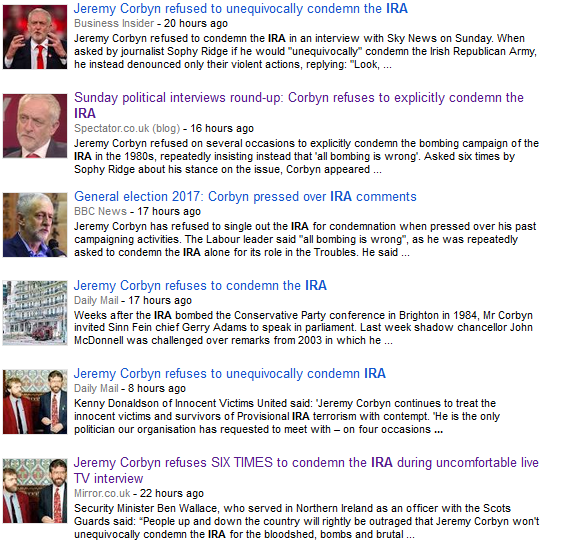 While bombarding the UK electorate with ungrounded smears-by-association for Corbyn, the media routinely lets the Conservatives off the hook. Take sitting Conservative Councillor Maria Gatland, for example, who was actually a member of the IRA. Not a peep from the mainstream press.

Or the fact that numerous governments took the lead in negotiating with the IRA:

The British Government held secret talks with the IRA in

Corbyn calls for negotiation. Meanwhile, the Conservatives have said they would use nuclear weapons as a “first strike”. And Theresa May has a foreign policy apparently dictated by the inclinations of megalomaniac Donald Trump. In spite of the lessons of Iraq and Libya, the media is still happy to help a Prime Minister frogmarch us into war.

Panicking over Labour’s surge in the polls, the corporate press has kicked the smears into tenth gear. Only real conversations between families, friends, and local people can circumvent the power of a media closing ranks to protect its grip on power.