Theresa May’s campaign would make any dictator proud. And we should all be very worried 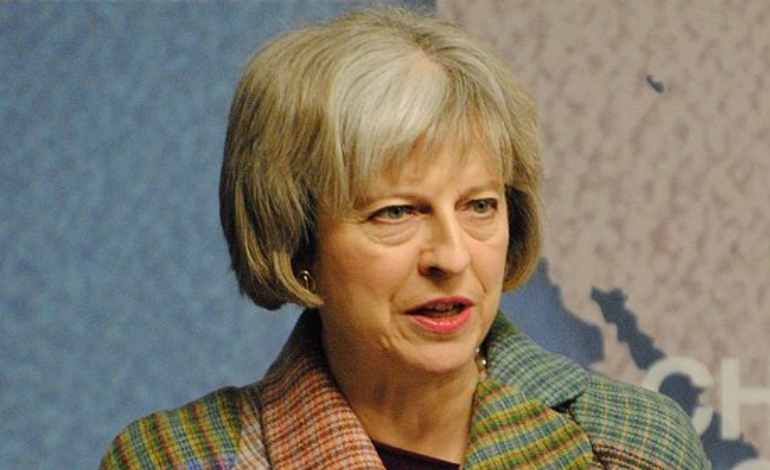 Theresa May’s election campaign has been dogged by the tight control she’s asserting over her message. From locking local journalists in a room to refusing to engage in a live TV debate, she’s earned the nickname ‘Kim Jong-May’. But further evidence of how she’s controlling the press and proposals in the Conservatives’ manifesto is chilling. And it means we should all be worried about our freedoms if May does get elected on 8 June.

People criticised May when she refused to allow the local press in Cornwall any access to her campaign. But the accusations of control go much further. Now, even mainstream media outlets normally sympathetic to the Conservatives are being denied access.

BuzzFeed reported that Sky News reporters were being kept out of the campaign. A spokesperson claimed:

Since early in the election campaign, Sky News has not been getting live interviews on election issues with Conservative ministers. Also, we weren’t initially invited to follow the leader’s tour. We understand this to be because members of the prime minister’s team are unhappy with aspects of our political coverage. Sky News stands by its journalism and is committed to fair, impartial, and accurate reporting of all the political parties.

And journalist Steven De Foer, who’s been covering political leaders across the world for over twenty years, accused May of “behaving like Trump”. De Foer wrote:

Last Friday morning, I called Tory party headquarters to ask where Theresa May would be campaigning this week. I was told that if I sent them an email, I’d be briefed on the planning. Come Monday morning, when I still hadn’t heard anything, I started to get more insistent.

So I upped the pressure, not least because I’d heard from British journalists that they too were only getting information in dribs and drabs. The many complaints about the tightly controlled organisation of the May campaign – no debate with opponents, campaign appearances with a carefully screened audience of supporters.

Then, suddenly, a reaction. In fact it looked like someone had slipped up and forwarded a mail meant only for internal use: “I’ll leave this guy in your hands …” There was no smirking emoji with it, but it felt like there should have been. Eventually, after more than a dozen phone calls and emails, I got a reply: “There are limits to the amount of media we can accommodate at visits, and we have had a lot of requests from both UK and international media.”

But if May’s attitude towards journalists and freedom of the press wasn’t chilling enough, the contents of her manifesto are. The Conservatives are proposing a huge limitation on the freedom of the internet. The party’s manifesto [pdf] states:

Some people say that it is not for government to regulate when it comes to technology and the internet. We disagree.

And it wants to control what you view on the internet:

We will put a responsibility on industry not to direct users – even unintentionally – to hate speech, pornography, or other sources of harm.

In harnessing the digital revolution, we must take steps to protect the vulnerable and give people confidence to use the internet without fear of abuse, criminality or exposure to horrific content.

And while many would see protecting children from pornography as a good thing, this is something easily achieved with internet filters. But what the Conservatives are proposing is a massive government-controlled clamp down on the freedom of the internet.

And it all becomes even worse when taken with the manifesto’s words on extremism – a term that is still undefined but is often used to include, among others, environmental campaigners.

So the Tories want to create new offences based on a term they can’t define, but if schools are anything to go by, this could include just about anyone. And on top this, they want to control the access we have to the internet and the information we can receive. And this is on top of the powers that they already granted themselves with the Investigatory Powers Act.

Alongside the control May is exercising over the media, this is deeply worrying. She really is earning the ‘Kim Jong-May’ nickname. But fortunately, she isn’t the next prime minister yet. And on 8 June, we do have a say in getting rid of her and these vile policies.