Theresa May just gave Britain 88,400 reasons to kick her out of Number 10 - Canary 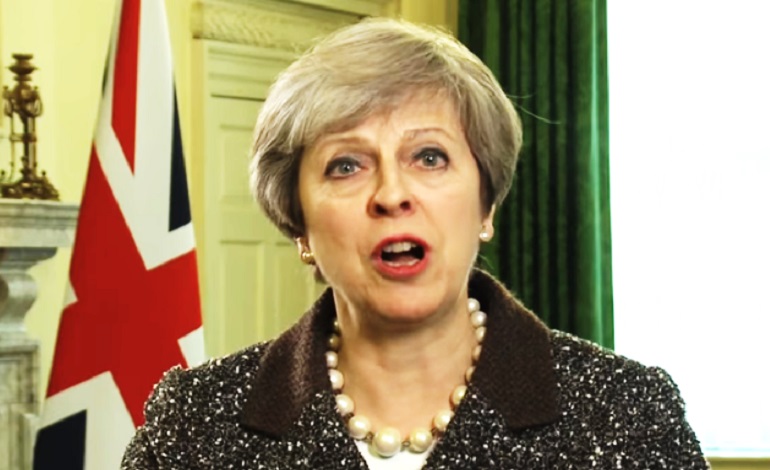 Theresa May has given Britain 88,400 reasons to kick her out of Downing Street. While Home Secretary, May told the country a scare story about 93,000 foreign students remaining in the UK illegally after their studies were done. It turns out, the real figure is 4,600.

In January 2016, the Office for National Statistics claimed that 93,000 foreign students a year were completing their studies and failing to exit the country. Theresa May leapt on the figures as evidence of a systematic abuse of student visas to bypass immigration rules. This formed the basis of her student visa myth, and the basis for including foreign students in immigration numbers. And right-wing news outlets like The Daily Mail and The Express lapped it up. 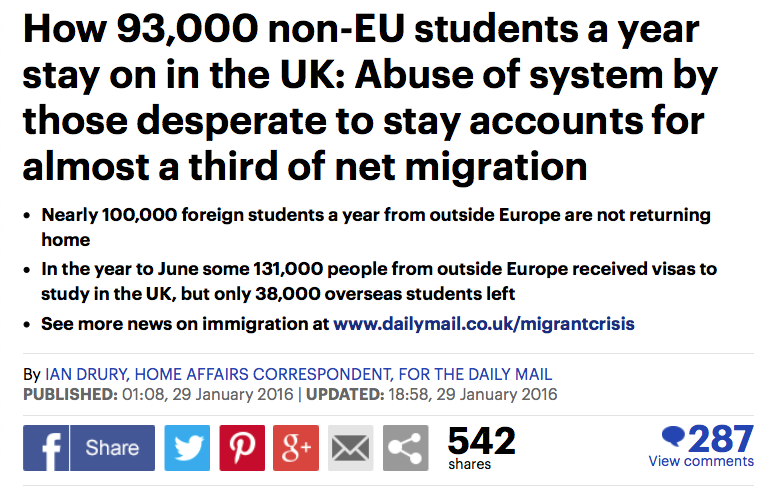 But a second report [pdf] from the Home Office has revealed that we do not have 93,000 foreign students remaining illegally each year. The figure is actually just 4,600. 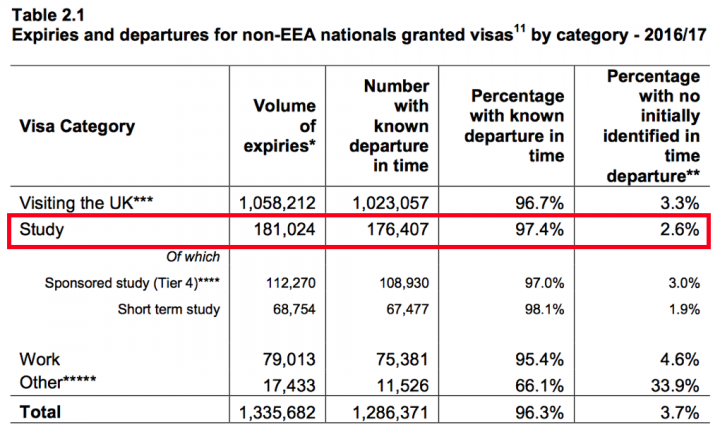 One might argue, where is the story? Theresa May made her decision based on official figures in 2016, and now she has new figures. But the issue here is that Theresa May has known these figures for a lot longer than that.

The Home Office of Theresa May knew the figures were wrong from at least October 2016. We know, because The Times wrote about a hidden report at the time, stating [paywall]:

Only 1 per cent of international students break the terms of their visa by refusing to leave after their course ends, a secret government study has found.

The research threatens to undermine Theresa May’s case for a crackdown on foreign student recruitment and calls into question past estimates that put the figure far higher. Official statistics have been used to suggest that tens of thousands of foreign students ‘vanish’ each year after finishing their degrees, but the latest study would suggest that the true figure is 1,500.

The Times claimed that May’s Home Office refused to share the report with other government departments, and declined requests from The Times to discuss the matter. This means that, since at least October 2016, Theresa May has known full well these numbers were bogus. And she said nothing. Instead, she repeatedly referenced them as the basis of her student immigration crackdown.

We should be clear though that (as I think @jdportes has already said) Home Office knew these numbers were unsound and plugged on regardless https://t.co/Swg168aSdw

Put your politics to one side & think about the oddness of this for a moment: a govt knows something is wrong yet still builds policy on it https://t.co/6KDxXKkSzt

By withholding the real numbers, May was able to foster anti-immigrant concerns in the UK ahead of the Brexit vote and the general election. In the year to September 2016, student visa applications dropped by 41,000. That is 41,000 fewer scientists, doctors, engineers, and mathematicians lost to other nations, who value their contribution.

And this is far from an isolated incident. In 2014, Theresa May wrongly deported nearly 50,000 foreign students based on a flawed report. It took a ruling by the Supreme Court to overturn her decision. Prior to that, she wrongly deported hundreds of gay asylum seekers back to countries where they faced risk of violence and death, again on flawed information. And right now, Amber Rudd is accused of continuing the same mistakes.

It is starting to feel that maybe dodgy data isn’t the issue here; but instead, a party hell bent on an immigration crackdown, using any and all means to achieve it.

– Join the Unseat Campaign to oust eight of the most senior Conservative MPs on marginal seats.

– Support for the work of Hope Not Hate.

– The Stop Funding Hate campaign lobbies companies to stop advertising on sites which promote hate. You can support them.