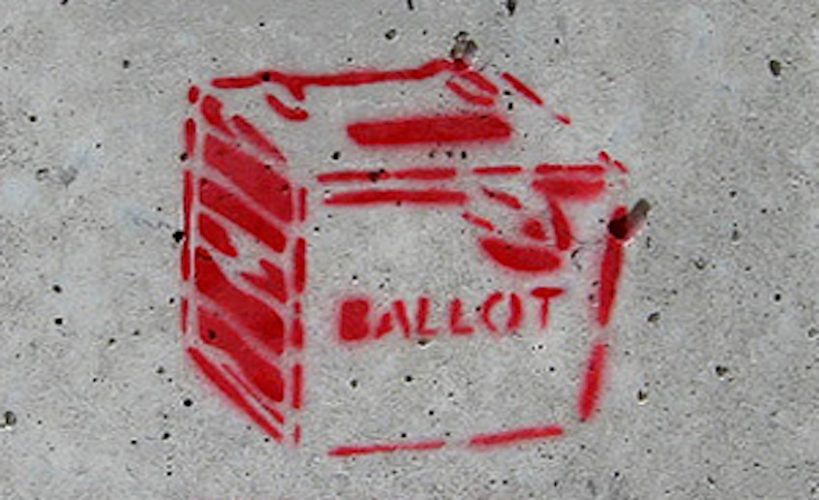 A report [pdf] from the Adam Smith Institute (ASI), a right-wing thinktank, has shown just how desperate Tories are to woo young voters. But the “Millennial Manifesto” also reveals just how out of touch they are.

The report suggests that removing tax on short-haul flights will make “Tory Votes Soar!”. But there’s no mention of the impact of austerity on young people.

There is a long history of mutual support between the neoliberal ASI and the Tories. The ASI wants the Conservatives to drop the “Ibiza Tax” for under 30s; this is its ‘catchy’ phrase for air passenger duty on flights under 2,000 miles. Because apparently:

With trips abroad such an important part of young people’s lives – visiting friends, working, travelling, studying and partying in Ibiza – the tax is a huge cost on those with the least ability to earn.

But for many young people, the impact of austerity means that “partying in Ibiza” is not a top priority. A report by The Prince’s Trust found that:

young people’s happiness and wellbeing are at their lowest levels since the study was first commissioned in 2009.

that many young people feel that they have no control over their lives, are full of self-doubt and feel trapped by their circumstances.

The ASI report [pdf p3] does mention the issue of mental health for young people. It kindly points out the need:

to get rid of any stigma attached to it, and help young people to realise that help is available, and that their condition can be treated with the support of trained helpers

This would help the rising numbers of young people who need support for mental health issues.

But under the Tories, spending on mental health services for young people has been cut by nearly £50m. As a result, over a third of these services face cuts or closure. There is no mention of this in the ASI report. Probably because there was no mention of increased funding in the Tory manifesto.

According to the report [pdf p10], one of the ways to help young people is “a 50% council tax discount”. This would be useful. For those who can afford a home.

The option of being able to live with your parents is not one that is open to everyone. These cuts will affect those who, through no fault of their own, find themselves in desperately difficult situations.

As The Canary previously reported, interest rates on student loans have soared. The ASI does suggest [pdf p6] looking at the “burden of debt” for graduates. But it also states that:

It seems inappropriate that those already better intellectually equipped and destined for higher lifetime salaries should be funded at the expense of those who are less fortunate and will earn less.

Sam Bowman, Executive Director of the ASI, made it clear that the report was written to:

But support for Jeremy Corbyn among young people grew organically. And it was often harnessed through social media, as Corbyn memes and hashtags like #seshthevote went viral.

The #GrimeforCorbyn movement saw artists like Stormzy directly connect to empower young voters. Artist AJ Tracey spoke out about homelessness. JME met with Corbyn to explain “why bare of us don’t vote”. No thinktanks were involved.

So far, after a lot of thinking, the best that the right wing has come up with to woo young voters is the “Ibiza Tax”.