Theresa May gives in and scraps the public sector pay cap. But there's a catch. - The Canary 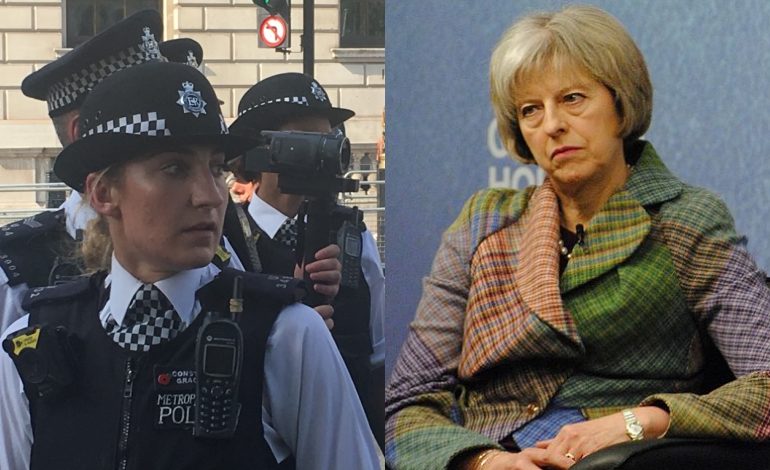 Theresa May’s government has given in to pressure and lifted the 1% pay cap, awarding police and prison officers higher pay. But unions say it has not gone far enough. And police chiefs have also hit out at the announcement.

This award strikes a fair balance for police forces, officers and taxpayers. We want to reward and attract the very best police officers within the resources we have, whilst making the right decisions for the economy overall.

Prison officers will also reportedly be receiving a 1.7% pay rise.

Some viewed the move as an end [paywall] to the public sector pay cap. But it was not welcomed by everyone.

Police chiefs have budgeted in line with the public sector pay cap until 2020 so this change puts financial pressure on already stretched budgets.

Without better real terms funding protection from government, an award above 1% will inevitably impact on our ability to deliver policing services and maintain staffing levels.

Police forces would, therefore, need more central funding. Policing minister Nick Hurd said that forces had £1.5bn of reserves and could meet the £30m cost. But Habgood said the reserves were to meet “unexpected costs” such as a terrorist attack.

Additionally, official statistics released on the same day show consumer price inflation has risen again to 2.9% in August. This means wages have actually gone down in real terms.

I have made it clear that it is a pay cut. It is not acceptable.

Our executive will be looking to coordinate action with other trade unions.

Labour leader Jeremy Corbyn agreed that union bosses had a right to be wary, saying:

Unions have a right to ballot their members on industrial action. Surely it is the role of the Government to respond to concern and anger

“This, that, and the other”

Public sector pay has been an issue of political contention. And May has even received criticism from her own party over it. May and Corbyn collided over lifting the cap at Prime Minister’s Questions on 6 September when she complained that he wanted to spend money on “this, that and the other”.

Protests are mounting and strikes are on the horizon. And if, as Rudd says, the government wants to “reward” public sector workers, it will have to be more sincere. The government needs to open up the public purse instead of stretching services even further; because these empty gestures aren’t fooling anyone.