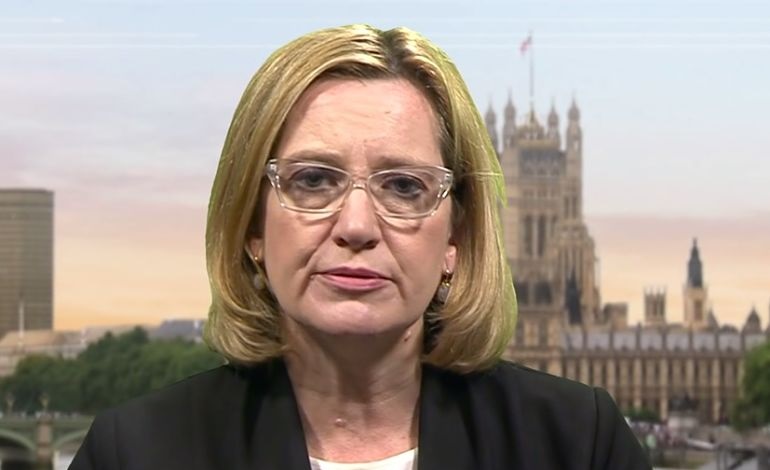 The UK government has defied its own courts and almost certainly sent a man to his death.

On 12 September, Amber Rudd’s Home Office had Samim Bigzad bundled onto a plane for deportation. The Afghan asylum seeker had experienced exactly the same treatment just two weeks ago. But the pilot of that flight wouldn’t take off because of the danger to Bigzad’s life; as men claiming to represent the Taliban had previously threatened to behead Bigzad.

The asylum seeker, however, found temporary reprieve again on 12 September. Because at the last nail-biting minute, his lawyers secured a High Court injunction to stop the government’s second attempt at deportation.

But the Home Office didn’t let this little legal prohibition from one of its country’s highest courts get in the way. And Bigzad reportedly flew to Kabul at 22.30 BST.

Authorities told Bigzad on the morning of 12 September that he was returning to Afghanistan, via Turkey. And his G4S guards managed to force him on the first flight to Istanbul, allegedly gagged and bound. But according to Bigzad’s lawyer, Jamie Bell, the High Court injunction came through at 21.55 BST, 35 minutes before Bigzad’s onward flight to Kabul was due to take off.

Lawyers say the Home Office knew about the injunction at 22.00 BST. But Bigzad is now in Kabul, after someone put him on the flight anyway. Bell told the BBC:

The Home Office [needed] to take all possible steps to take him off the flight departing to Kabul… Samim is feeling very scared and anxious and isn’t sure what’s going on. He’s feeling very intimidated.

Because of the Home Office’s duty to take Bigzad off the flight following the injunction, his lawyers are now going to “challenge the legality” of its actions. Bigzad told the BBC he has contacted the British Embassy in Kabul, asking to be returned to the UK. He said he fears for his life.

The Home Office refused to comment on the ongoing case.

Bigzad fled Afghanistan in 2015 after the Taliban made threats on his life due to his employment with a company that was “working with American troops”. The Independent has seen evidence that supports this claim.

He also has relatives in the UK. This includes his father, who suffers from mental health issues; the Taliban tortured him in the 1990s. Bigzad has been his father’s main carer since he arrived.

Despite this, and the threats to his life, those aware of Bigzad’s situation expected another deportation attempt after the pilot – and campaigners who travelled to the airport to raise awareness of the deportation – thwarted the Home Office’s last one.

But people aren’t letting the scandal go unnoticed, and they’re forcing the government to face what its actions could actually mean:

Our immigration system is broken. The Home Office may well have blood on its hands today.

The @ukhomeoffice seem to have a complete disregard for human rights and the judicial process. Their behaviour is beyond shabby #savesamim

The world now watches to see if the government will turn this travesty around. But this grotesque behaviour is, tragically, quite typical of the current UK government. It operates a callous, and often flawed, immigration system. One where asylum seekers work for slave wages, in centres run by companies whose staff have allegedly abused detainees.

The UK government’s treatment of Bigzad is doubly monstrous, though. Because the UK invaded Afghanistan alongside the US after 9/11. And the country’s citizens are now living with the violent consequences of that. Indeed, the Taliban is reportedly targeting Bigzad precisely because of his association with the Western ‘invaders’.

So the UK government’s deportation of Bigzad is not only potentially against the law. It’s also against common decency.

The government should be truly ashamed of itself.