The UK sells guns to a despotic regime, just as it gags one of its own lawyers - Canary 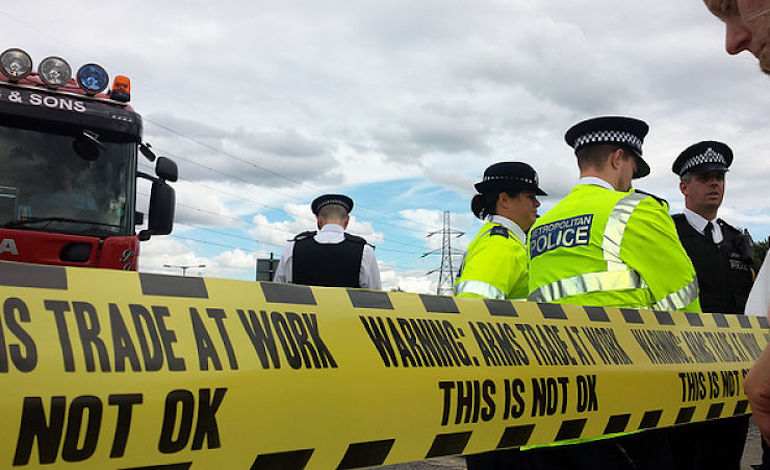 The UK is currently busy engaging with Egypt’s despotic regime at an arms fair in London. And this is just as news comes out that officials have arrested a lawyer who has been investigating cases of ‘disappeared’ activists.

The class of regime Britain is selling arms to

Officials from Egypt are attending the Defence and Security Equipment International (DSEI) arms fair, which is happening between 12 and 15 September. But now, news has emerged about Egypt’s arrest of lawyer Ibrahim Metwally Hegazy on 10 September at Cairo International Airport. On Tuesday 12 September, he was charged with “managing an illegal group, spreading false news… [and] cooperating with foreign organisations”.

Hegazy’s arrest came just before a journey to Geneva, where he was due to talk about cases of ‘disappeared’ people, including Italian Giulio Regeni. Regeni was a University of Cambridge PhD student investigating trade unions in Egypt when he was murdered there in 2016. Officials deny his death in custody but admit they were monitoring him.

Hegazy was also investigating the 2013 disappearance of his own son, Amr. And these are only two of 1,300 cases that the Association of the Families of the Disappeared (a group which Hegazy co-founded) has recorded.

Ibrahim coordinates with families of those disappeared, defends them and attends investigations.

He’s an important source of information, not just for campaigns but also when we advise the Regeni family. He provides case examples.

Lofty also suggested that waning international pressure is enabling the Egyptian regime to do as it pleases:

I think the government feels it has got away with the Regeni investigation and now they have some breathing room after months of being under pressure.

Italy asked other European governments to put pressure on Egypt over Regeni’s death in 2016. Britain reportedly called for “a full and transparent investigation”. But human rights group Amnesty International has criticised the UK for not keeping to its obligations under the Arms Trade Treaty. It said:

many States Parties including France, the UK and Italy have supplied Egypt with a range of conventional weapons that could be used for internal repression including light arms and ammunition, despite the Egyptian government’s violent crackdown on dissent which has resulted in thousands of protesters being killed, tortured and injured.

Egypt has been under the rule of Abdel Fattah al-Sisi, who overthrew democratically elected Mohamed Morsi in 2013 in a military coup. Reports say that there has been unchecked violence in the country ever since, in a campaign against political dissidents.

The UK and other Western governments, meanwhile, have ample leverage over Egypt. And they could put significant pressure on al-Sisi’s regime. But instead, they’re arming a despot who’s gagging lawyers that dare to speak out.