The government just announced its plan for making post-Brexit 'partnerships'. And it puts Britain to shame. - The Canary 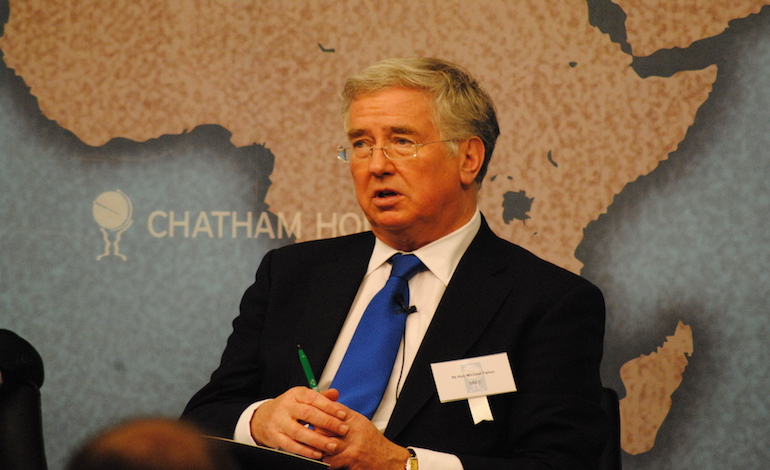 Most UK weapons sales go to Middle Eastern countries where they are used in deadly conflicts. 22 of the countries that have bought British weapons since 2010 are on the government’s own human rights watch list. But under the current government, the UK will seek to expand these numbers further.

Fallon appeared as a keynote speaker at a Defence Security and Equipment International (DSEI) event in London. The DSEI is one of the world’s largest arms fairs. Fallon was not the only government minister speaking. Security Minister Ben Wallace also spoke at the event, as did International Trade Secretary Liam Fox.

The government’s sponsorship of the DSEI took place after a 2017 survey showed 71% of British adults are opposed to exporting weapons to countries accused of breaking international humanitarian law.

As we look to life post-Brexit and spread our wings further across the world it is high time that we do more to compete for a bigger share of this international export market.

He continued, outlining plans to expand the types of weapon that the UK will seek to export:

You have to go back to the 1970s to remember when we last built frigates for another country. We need to change that. We need to re-model the way in which we approach shipbuilding in the future.

But it isn’t just weapons sales. The UK also exports its expertise in the form of training. At the event, Fallon refused to say that the UK will stop training the Burmese military, for example. Even though the UN has just accused the Burmese regime of “textbook ethnic cleansing” following reports that the country’s military is murdering and persecuting Rohingya Muslims.

But look at those profits

In line with Fallon’s comments, Prime Minister Theresa May said on a previous visit to the Gulf:

We in the UK are determined to continue to be your partner of choice. I am determined that the UK will be at the forefront of a wider western effort to step up our defence and security partnership.