A prisoner who's served ten times his original sentence is being released. But thousands like him remain inside - Canary 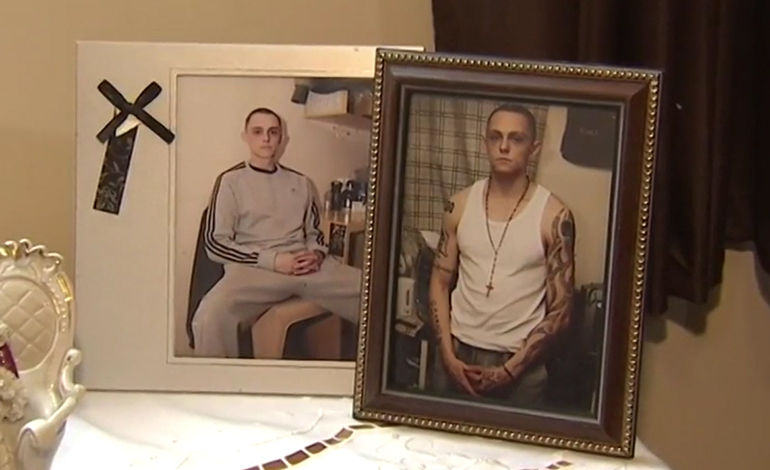 James Ward will be released from prison within weeks after spending 11 years inside. He was given a 10-month prison term in 2006. But the notoriously difficult parole conditions for Imprisonment for Public Protection (IPP) sentences means he is still inside after more than a decade.

‘He cannot cope in there’

Ward initially received a 22-month sentence for actual bodily harm. He had mental health problems and found prison difficult. He ended up setting fire to a mattress in his cell, for which a judge handed him a 10-month IPP sentence. But IPP sentences are indeterminate, meaning there is no set date for when an inmate must be released.

To be released after the minimum term, the prisoner must instead convince the parole board they are no longer a threat to the public. Achieving this includes completing courses on behaviour, high standards of personal conduct in prison and even scrutiny [at 12.47] of the behaviour of IPP families. And that is if the inmate is able to get a hearing. Even Nick Hardwick, Chairman of the Parole Board, has said that it is “so difficult” for many to meet these expectations.

Parole hearings were consistently pushed back for Ward. He says prison has made his mental health problems “worse”.

Ward made headlines in August 2017 when his sister April said to the BBC that Ward’s self-harming was “unbelievable”. She explained:

He can’t cope with prison. This is not just about mental illness. He cannot cope in there. And because he’s on constant watch because of the self-harm, he’s literally sat behind a cage like an animal where [other prisoners] walk past and point and laugh at him. How is that humane?

Ward’s family welcomed the announcement of his release with huge relief. His sister told the BBC that they “are over the moon, my dad can’t stop grinning”.

There were more than 3,300 people still serving IPP sentences as of June 2017. The sentence was abolished in 2012 after the European Court of Human Rights branded it “arbitrary and unlawful”. But the ruling did not affect IPP sentences given out before December 2012, meaning many have remained in prison long after their initial sentence duration passed. And their prison time keeps, of course, adding up as the years go by.

Some of the most shocking IPP prisoner cases include:

Many IPP prisoners face an uphill struggle with mental heath. And not knowing when their release date might be has a huge impact on them. A 2015 report by Vice News says that “inmates sentenced to IPPs have a higher suicide rate overall” compared to the rest of the prison population.

Ward’s case embodies the difficulties that an IPP prisoner and their families can face. But it also shows what pressure from a campaign led by friends and family can achieve. More than 85% of IPP prisoners are beyond their initial release date and getting out must seem like a very distant possibility. But Ward’s release shows there is still light for even the most seemingly hopeless cases.

With the prison system in crisis, however, the first step should be to release inmates who are long overdue for their release.

– Read a letter by Ian Hartley about the difficulties of being an IPP.

– Check out work done by Smash IPP and the IPP Prisoners Familys Campaign.