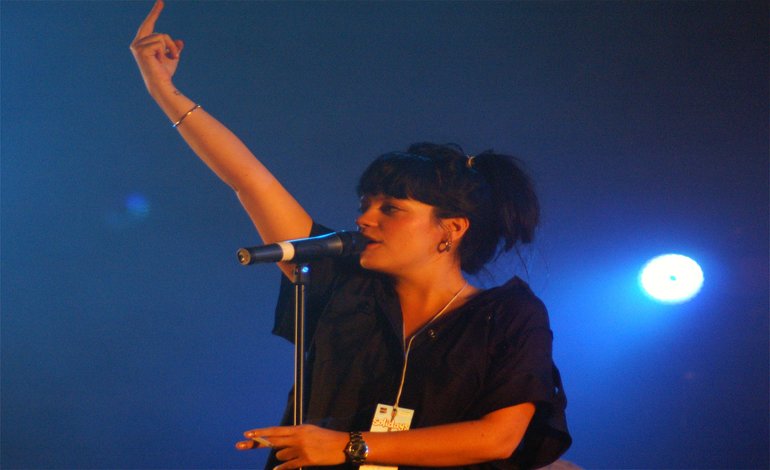 The Diversity in Media Awards named Lily Allen as their “Hero of the Year” on 15 September. And she used her platform at the awards ceremony to deliver a speech that presented a powerful position on diversity in the UK, and around the world.

I was awarded this evening at the #dim awards @DiMAwards . Here's ma speech, for context purposes , allow my spelling pic.twitter.com/19yas7FG4F

I’m not a hero

Allen shared her speech on Twitter. In it, she said:

I can’t accept this award, I’m not a hero, although I’ve met a few since I became involved in the relief effort following that night in June where so many lost their lives, in a horrendous fire at grenfell tower.

Lily Allen has been active in her support for the victims of the Grenfell Tower fire. As The Canary reported, she accused the mainstream media of a “cover up” of the death toll in their early coverage.

And she used this speech to make another strong statement about the tragedy, and the UK in general:

Me being here at all is emblematic of one of the biggest problem[s] I believe this nation of ‘ours’ is facing. Me a middle class white woman rewarded for speaking up for the people that I believe in, in an area I grew up in and call home. For years the Grenfell action group was dismissed, ignored and vilified. Whether it was talking about the safety of the building or the social cleansing in the area. it is when legitimate voices are ignored that privilege shows its true colour.

… for expressing opinions not unlike the ones I’m free to express, on a platform afforded to me partly due to my privilege. Refusal to confront our white. Privilige [sic] and the guilt and shame that comes with that acceptance is a global cancer.

Allen spoke openly about modern slavery and human trafficking. And she said “the legacy of the African slave trade left behind is alive and well”. In doing so she echoed many of the comments that led to Bergdorf’s removal from L’Oreal. And Allen went on to say:

… and we, by not speaking up, by not accepting that our privilege exists are encouraging these injustices to continue.

How many more atrocities?

Allen also spoke about Jemele Hill, the ESPN sports presenter who called Donald Trump a “white supremacist”. And who was then forced to apologise. But Allen said:

..her real crime was doing so while also being an African American woman.

How many more atrocities must we see before we learn from history, by listening and not revising it to fit our own blinkered views. We live in a society of competitive existence, few have lots, many have little.

Allen then went on to speak about the award and who she sees as the ‘real’ heroes:

This medal is a challenge to us all, to stand up and recognize that diversity is not about tokenism… This award… goes to the real heros [sic], of which there are many, but who are rarely recognized, to those on the fringes fighting for survival and to retain their identity in a world that is judgemental [sic], dismissive and seemingly uncaring.

…who were branded trouble makers, for campaigning for the safety of grenfell residents, and who are both thought to have lost their lives.

Allen called for continued support for Grenfell survivors, and  for “increased diversity” in the inquiry. But she also linked this to wider global issues and urged for solidarity:

with those at home and abroad who are asking for your support in the battle for racial, sexual, gender and social equality. It means checking our privilege now.

At the event, Allen said she was not a hero. But after speaking out and highlighting these important issues, many may not agree.