An investigation has revealed how one British university spends its money. And it's absolutely shocking - The Canary 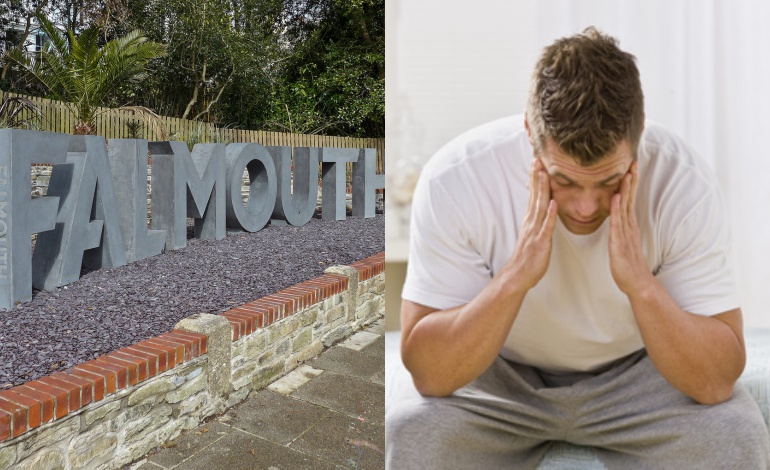 There has been widespread criticism of high earnings by university vice-chancellors (VC). Because it comes at a time when students are facing growing levels of debt.

But there are deeper issues in some HE institutions. And some university lecturers, many who have voiced criticism, have left or been fired. One university, in fact, spent nearly £1m “shedding” highly-qualified staff, an investigation has revealed.

Current criticism about VC pay emerged following the publication [paywall] of the 2017 pay survey by Times Higher Education (THE). This revealed [paywall] “double-digit rises for some UK vice-chancellors”. The criticism has led to a recommendation from Universities Minister, Jo Johnson, for universities “to publish the number of staff paid more than £100,000 per year and to provide a clear justification of the salaries of those paid more than £150,000 per annum.”

I do not want to read about VC pay in the newspapers any more than you do. These headlines raise fears that students’ fees are not being used efficiently and that governance processes, including but not limited to remuneration committees, are not working effectively.

As The Canary previously reported, interest on student loans has gone up to 6.1%. And there is growing concern about value for money among many students. But Johnson’s comments at a recent press conference suggest that the government doesn’t have the authority to impose changes on the sector.

Although not singled out in the current pay survey, Professor Anne Carlisle, VC of Falmouth University, made headline news in 2016. Because as leader of one of the smallest universities in the UK, her pay rise of almost £60k in 2014/15 was widely criticised [paywall]. Even The Daily Mail called her a “fat cat leader”. In response to these claims Carlisle said:

This erroneous figure has been arrived at by misinterpretation of financial data.

She argued that the figure is, in part, “erroneous” because it adds in her employer’s contribution to her pension and that shouldn’t be included.

But Falmouth appears in the latest THE summary [paywall]. And Carlisle’s salary has seemingly increased again. A Freedom of Information request from the Universities and College Union (UCU) revealed [pdf p62] that:

As Johnson noted, the “governance processes” of remuneration committees (that lead on salary decisions) are an area of concern. And UCU findings show that:

But more information has emerged [paywall] about the financial dealings of this particular university.

Climate of fear at Falmouth University

An investigation for Cornwall Reports [paywall] claims that:

More than 30 staff have left Falmouth University under ‘compromise agreements’ within seven years… The direct cost to the taxpayer has been nearly £800,000 – and this figure does not include legal fees. Once the lawyers’ fees are added, the cost of shedding so many highly-qualified academics gets close to £1 million.

Falmouth University’s finance figures actually show that 81% [pdf p5] of its income came from tuition fees in 2015/16. Only 12% came from council grants.

The departure of so many staff has fuelled concern about morale at the university…  A confidential survey of academic staff, conducted by the University and College Union, revealed a ‘culture of bullying’ and a ‘climate of fear.’  A remarkable 93% said they did not feel able to raise questions with the university’s executive management ‘without endangering your position.’ Nearly 97% said they did not feel their expertise and experience were ‘sufficiently valued’ by the executive management.

The Canary has seen documents relating to this survey. The findings have also been reflected in a recent report that revealed a rise in work-related stress and mental health issues across the HE sector in the UK. The report by the Royal Society found [pdf p15]:

…the majority of university staff find their job stressful. Levels of burnout appear higher among university staff than in general working populations and are comparable to ‘high-risk’ groups such as healthcare workers.

The proportions of both university staff and postgraduate students with a risk of having or developing a mental health problem … were generally higher than for other working populations.

Falmouth University has closed or suspended some courses. These include the suspension of the Foundation Art & Design course and loss of the renowned Contemporary Craft degree. And Falmouth now offers courses such as the MA in Leasing and Asset Finance. Smith also reports [paywall]:

Another senior member of staff said:  ‘At a recent staff briefing, staff were surprised to be informed by the Vice Chancellor that students are now to be known as ‘customers’ and courses as ‘product’, and that rather than an admissions office Falmouth now has a ‘sales team.’

There are more students studying at Falmouth University, and more from Cornwall, than at any time in our 115 year history. Our commitment to helping them get the career they want has never been greater. Our course portfolio now reflects the creative industries, the fastest growing sector of the UK economy, which forms a key part of Cornwall’s strategy to create a modern, high-wage, high value economy.

But opposition to further expansion of student numbers at the university has been widely reported.

And in the last eight years a high number of staff have left the university. According to Cornwall Reports [paywall]:

Now Falmouth University’s official answers to a series of Freedom of Information questions have established that since 2009, a total of 31 staff have left the university under so-called ‘compromise agreements’ – often after a similar pattern of suspension, followed by threats of litigation, eventually settled by large cash pay-outs and ‘confidentiality clauses’ (gagging orders) to prevent the staff from speaking out.

The university today confirmed that the total cost of these agreements, so far, is £789,659.34.

This number does not include staff who may have been lost through redundancies or those working on zero-hours contracts.

The Canary previously reported on some of the issues at Falmouth University raised by artist Tim Shaw in an open letter. And this latest report suggests things have not improved. Shaw said [paywall]:

It appears that this university has made a habit of keeping people quiet. Weeks after my open letter to the press was published… a staff member of many year’s service was removed from campus and suspended for expressing support, on her Facebook page, for some of the points raised in that letter… Surely a breach of the human right to freedom of speech?

And this goes further [paywall], according to Cornwall Reports:

Although approached, Falmouth University has made no further comments to The Canary.

As the debate about VC salaries continues, it is shocking to learn how much one institution spent on “shedding” staff. Especially in light of the “climate of fear” that the survey suggests. But HE institutions demanding that university staff deliver ‘products’ to ‘customers’ could explain why. Because that’s probably not a model of education many people value in the UK.

Disclosure: Fréa Lockley was employed as an Associate Lecturer at Falmouth University from 2008 to 2016.

– Sign the petition to save the foundation art degree.