Jeremy Corbyn has just made a big stand against Saudi Arabia, putting Theresa May to shame - Canary 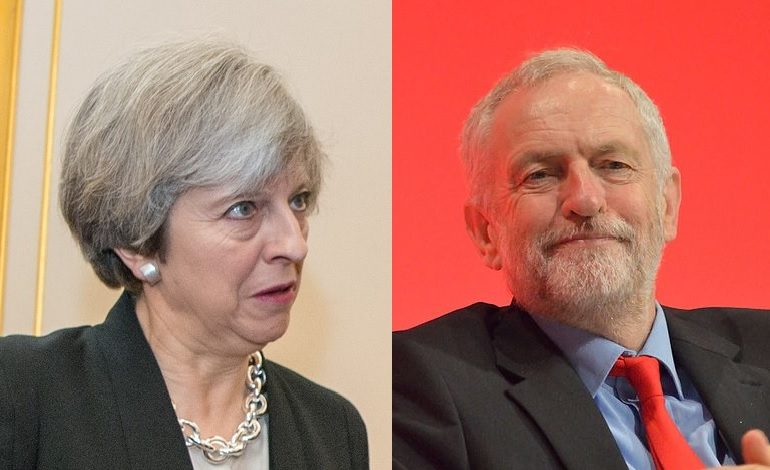 Jeremy Corbyn’s Labour Party has made a stand against Saudi Arabia and its role in the war in Yemen by banning it from the party conference.

The Arab League, a coalition of Arab countries, who was to sponsor an event at the conference, is now boycotting it.

But Corbyn’s stand is in sharp contrast to the approach of Theresa May’s government. Because the Conservative party has not only failed to criticise the country for potential war crimes; it has sold it weapons that may have been used in its military campaign.

In a letter dated 13 September, the organisation formally known as the League of Arab States, cancelled its “Annual Reception and Buffet dinner”. It was to take place on 26 September in Brighton during the Labour Party conference:

The letter says the rejection of the applicants from Saudi Arabia and Sudan is the reason for doing so.

Following evidence of war crimes committed by Saudi Arabia in its bombing campaign in Yemen and other large scale human rights abuses, the NEC agreed that the embassy’s application to attend the Labour Party conference would not be accepted.

Corbyn has been critical of Saudi Arabia’s actions in Yemen. And he recently told the BBC:

We’re selling arms to Saudi Arabia… and at the same time we are sending aid in… we should not be doing both.

He also said it was important to ensure there was a “political process to bring about a ceasefire”.

Middle East Confidential claims Sudan has been barred over the international arrest warrant for its leader Omar Bashir.

Labour’s position is in stark contrast to the Conservative government’s dealings with Saudi Arabia. Recently, Saudi officials were invited to an international arms fair in London. And International Trade Secretary Liam Fox defended the UK’s lucrative arms sales at the event. This is despite evidence that the Saudi coalition may have used UK-made weapons during the Yemen military assault.

Human rights groups have accused the Saudi-led coalition of carrying out ‘disproportionate attacks‘ that kill civilians in Yemen; where it is supporting the Sunni government.

The worsening war has prompted campaigners to urge the UK to stop arms sales. Andrew Smith, from the Campaign Against Arms Trade (CAAT) has said:

The bombardment of Yemen is getting even worse, and yet the arms sales are still flowing.

The UK has licensed billions of fighter jets and bombs to the Saudi-led coalition, at the same time as it is inflicting a brutal humanitarian crisis on the people of Yemen.

If there is to be a peaceful solution in Yemen then it cannot come from more arms sales and bombings.

Corbyn’s stand is a breath of fresh air after the Tories’ seemingly unconditional support of the regime. The Arab League’s withdrawal from the conference may rattle some people within the Labour party; but the gesture is likely to be welcomed by human rights campaigners.