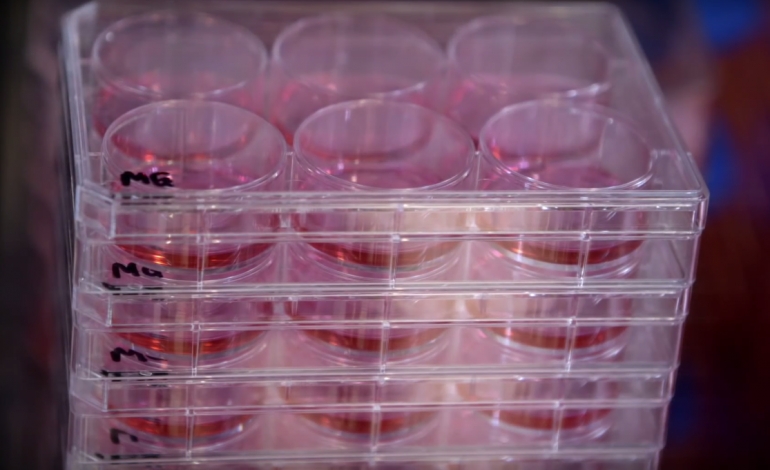 China has signed a $300m trade deal to import Israel’s lab-grown meat technologies. Currently, China is the largest producer of carbon dioxide emissions in the world (and is infamous for its smoggy cities). But this new deal may help the country to shake off this reputation, and significantly reduce its carbon footprint.

Lab-grown meat is more sustainable than traditional meat since – as a 2011 study found – meat grown in a lab would cut down on associated land use by 99%, and reduce water use by 90%. We are losing both arable land and fresh water, so we need to start producing food in a way that doesn’t deplete these precious resources.

Innovative food tech firms in Israel working on lab-grown meat include SuperMeat and Future Meat. Lab-grown meat is also called ‘clean meat’, due to its low environmental impact, and because it doesn’t involve the use of GMOs, pesticides, antibiotics or hormones. Beyond these environmental and health benefits, animal welfare advocates praise lab-grown meat for its potential to save the lives of billions of animals. If lab-grown meat was the norm, it would eradicate the need for factory farming.

In response to this deal, Bruce Friedrich, director of The Good Food Institute, said:

It is a colossal market opportunity. This could put [clean] meat onto the radar of Chinese officials who have the capacity to steer billions of dollars into this technology.

China consumes 28% of the world’s meat. This may go some way to explaining why it’s such a big polluter, since the evidence clearly demonstrates that animal agriculture isn’t very sustainable. By investing in lab-grown meat, China could drastically reduce its carbon emissions. However, the primary source of carbon emissions in China is the burning of fossil fuels. This is why the country is not just trying to reduce its consumption of meat, but is also investing in renewable energy.

As evidence of its commitment to renewable energy, China has built the world’s largest floating solar power plant. One of the great benefits of floating solar arrays is that they don’t require any land use. Plus, the water keeps the solar panels cool, which boosts their efficiency.

The UK needs to do more

Of course, it shouldn’t just be the worst polluters who commit to seriously reducing their carbon footprint. The UK also needs to properly appreciate the value of lab-grown meat, as well as investing more in renewable energy research and development. The problem with the current government is that it has consistently made cuts to the renewable industries. Funding for renewable energy projects is also set to decrease by 95% over the next three years. This goes to show how little the Conservatives care about creating a green future for this country.

– Check out more articles from The Canary on animal rights and the environment.