The BBC didn't want you to hear the UN's most damning interview about the UK government in full. So here it is [AUDIO] - The Canary 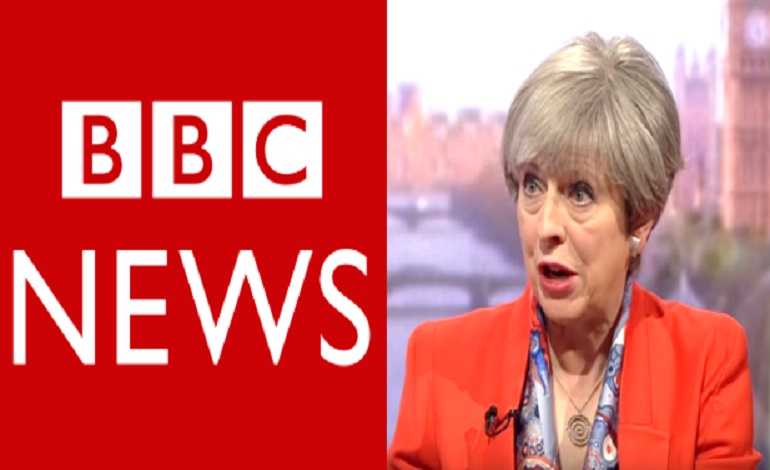 A BBC interview, of which only 20 seconds out of more than 10 minutes were broadcast, has come to light. And it has exposed the UN’s most scathing attack on the Conservative government to date.

Published by the UN, it reveals the organisation thinks that austerity is “life threatening” to many disabled people in the UK. And it sees the government’s actions potentially leading to “killings and euthanasia”, because it has helped create a society where a whole group of people are viewed as “parasites”. But it’s an interview the BBC completely dumbed down for its viewers.

In August, the UN Committee on the Rights of Persons with Disabilities (UNCRPD) met in Geneva, Switzerland. It was assessing if the UK government meets its obligations under the UN Convention on the Rights of Disabled People.

And it was publicly unequivocal in its opinion on how disabled people are treated by the Conservative government. Its Chair, Theresia Degener, said in a statement seen by The Canary:

Evidence before us… reveals that [welfare] cut policies [have] led to human catastrophe in your country, totally neglecting the vulnerable situation people with disabilities find themselves in.

But on 14 September, the UN published the audio of the committee’s concluding press conference. And it left in a full BBC interview with Degener. John Pring at Disability News Service (DNS) discovered the audio; you can read his full analysis here and listen to the full audio here.

Disabled people: ‘parasites’ who could be ‘killed’

In the BBC interview, one of the UN’s most scathing comments was about public attitudes towards disabled people. Degener said [20.43] that the government and the media “have some responsibility” for society seeing [20.12] disabled people as “parasites, living on social benefits… and [living on] the taxes of other people”. And she said [20.23] these “very, very dangerous” attitudes could [20.52] “lead to violence… and if not, to killings and euthanasia”. And she urged [21.10] the government to “stop” this:

You can read The Canary‘s full analysis of the UNCRPD report here. Broadly, it only noted two areas which it considered “positive” in the Tory government’s approach to disabled people. But it highlighted nearly 70 criticisms over the Conservative government’s treatment of disabled people. And it made over 90 recommendations to the government. It was these concerns and recommendations that Degener referenced in her BBC interview.

Degener said [11.40] that rights for disabled people in the UK were “going backwards”. She said [12.14] that the Tories have implemented:

She went on to explain how the UN believed successive Conservative-led governments had breached “human rights laws”:

Degener continued by saying [14.45] that the UN believes that austerity has left disabled people reliant on “voluntary” support; that disabled people cannot “participate in culture and public life”; that schools are excluding disabled children, leaving parents without “any support”. And she said [15.55] the loss of the Independent Living Fund (ILF) had led to disabled people being “homeless”, “desperate”, and suffering mental health issues. But she also noted [16.34] “terrible” reports of people taking their own lives “because of the cuts”.

The BBC asked [16.46] Degener why the UN gave “the longest list of conclusions and recommendations” it has ever given to a country. She said [17.05] it was because her committee had “set the bar very high”. But she noted [17.10] that, while the UK “claims to be a world leader when it comes to disability rights”, it is actually going backwards; and that this “worries” the UN “a lot”. She then said [18.25] government policies had become “life threatening to many disabled people”:

Overall, the committee condemned the UK’s attempts to misrepresent the impact of policies through “unanswered questions”, “misused statistics”, and a “smoke screen of statements”. It also said the government had introduced policies and legislation which “fail to implement” disabled people’s rights in “reality”.

The BBC journalist told [14.17] Deneger that she can “edit” the interview. And edit it the BBC did, as the only section broadcast was 20 seconds, containing some of Degener’s least contentious comments. So The Canary asked the BBC why it chose to edit the interview so heavily; only including a tiny section of Degener’s responses.

This is misleading. We make editorial decisions about what is newsworthy for inclusion in our coverage every day which often means using only key parts of interviews. On the News at Six and Ten and radio bulletins we very clearly reported on the UN report and its criticisms of the UK’s record on protecting the rights of disabled people, its concerns about the number of disabled living in poverty and the effects of cuts to benefits – including relevant sections of an interview with Theresa Degener.

We’re disappointed that this report does not accurately reflect the evidence we gave to the UN, and fails to recognise all the progress we’ve made to empower disabled people in all aspects of their lives. We spend over £50bn a year to support disabled people and those with health conditions – more than ever before, and the second highest in the G7. We’re committed to furthering rights and opportunities for all disabled people, which is why it is encouraging that almost 600,000 disabled people have moved into work in the UK over the last four years.

We’re also a recognised world leader in disability rights and equality, which is why we supported the development of the UN convention.

The UK government and the media must take responsibility

The UN has now reported four times in the space of a year on human rights violations by the Conservative-led government. As one disabled activist told The Canary:

If this was happening in a Middle Eastern country, the US would probably have invaded by now, under the guise of ‘humanitarian’ grounds.

But the government’s response to all these reports? To simply shrug their shoulders and say they didn’t believe them. And now, we see the BBC cherry-picking the most palatable parts of an interview with the UN to broadcast. There is no discernible reason why the BBC could not have published the interview in full on its website. But as the UN implied, the BBC and the rest of the media must take some responsibility for disabled people’s appalling situation. The full responsibility, however, lies directly at the Conservative government’s door.

This article was updated at 5.10pm on Friday 15 September to reflect a statement from the BBC.