A famous lawyer disrupted the Grenfell inquiry opening. And it shows exactly who's in charge. - Canary Workers’ Co-op 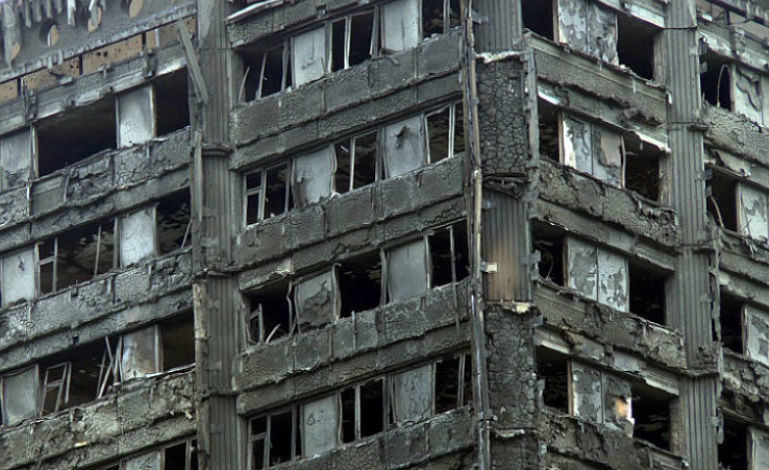 On 14 September, the public inquiry into the Grenfell Tower fire opened in London. Everything happened according to plan until, at the end, a well-known lawyer stood up to ask a question on behalf of the survivors. The reaction that followed shows exactly who has power in this process – and who doesn’t.

The public inquiry opened exactly three months after a major fire broke out in Grenfell Tower, killing at least 80 people.

For an hour before the event, protesters stood outside to call for:

At 10.30am, more than 300 people sat in the Connaught Rooms in Covent Garden, London, to hear Sir Martin Moore-Bick open the inquiry. (A full video of it, which the inquiry won’t allow to be embedded, is here.)

As The Canary previously reported, Moore-Bick already has a controversial track record, and there were concerns about how his past decisions may affect his conclusions in this inquiry.

After a moment of silence for the victims of the fire, he read from a script for almost 50 minutes. He talked about how the inquiry will work, what the scope is, and what it won’t do, including not looking at wider questions around social housing.

But unlike in the past, he said the inquiry could lead to criminal charges against people responsible for the fire.

Around 11.20am, Moore-Bick closed the event without inviting the audience to ask questions. But not everyone was prepared to let him go that easily.

Michael Mansfield QC, a lawyer representing the Grenfell community, stood up and said:

I’d like to ask for something on behalf of the survivors.

But Moore-Bick acted as if he hadn’t heard anything. And silently walked out.

After the event, Mansfield told media including The Canary what he wanted to ask Moore-Bick. He said:

It’s all being decided behind closed doors.

Although Moore-Bick said the process will be sensitive to the trauma people have experienced, this first step shows that his words and actions differ. The event took place several miles from the area around Grenfell Tower, at a time of day when many people would have been unable to attend.

The way that Moore-Bick reacted to Mansfield’s attempt to bring survivor concerns into the room shows who’s leading this process. And it isn’t the survivors, the victims’ families or the local community.