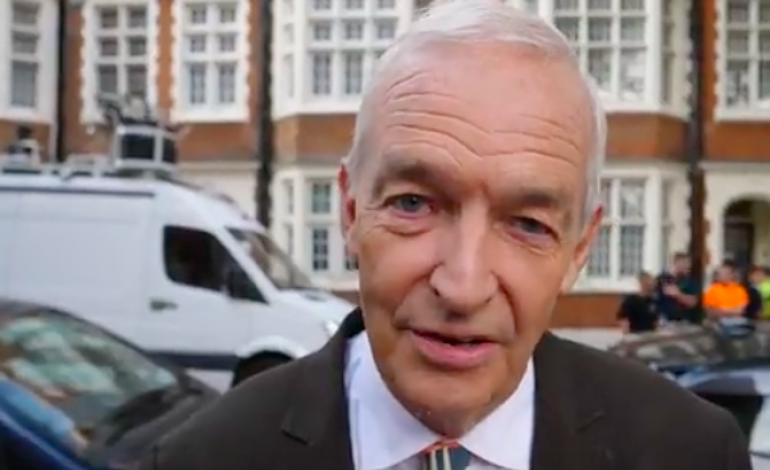 Channel 4 News presenter Jon Snow spoke to Double Down News (DDN) as he led a tribute to two young victims who tragically died in the fire at Grenfell Tower.

April the 20th this year, I’ll never forget it. There was this Debate Mate competition going on and I was a judge and Bill Gates was the man giving the prizes and I had to judge the best floor speech and she stood out above anybody else.

She was 12 years old, Firdaws, and I awarded it to her and Bill gave her the prize.

She was absolutely spellbinding, I mean an amazingly confident… I thought, my God, that girl’s going to go far.

The girl Snow mentions is Firdaws Hashim and she died on 14 June in the tower. Snow continued [0:38]:

Firdaws died with her family members, including her brother Yahya Hashim.

Yahya had a big, big heart and he had a unique character and personality. He was so, so funny… He was very respectful but also extremely competitive. We used to do sports and he was just at the heart of everything.

Solidarity Sports is a charity that tries to enhance the wellbeing of disadvantaged children in London through sport and other programmes. Both Firdaws and Yahya were part of that. But Mendez says [3:57] that many other children have been left traumatised by the events that day:

Children find it more difficult to rationalise the pain so it comes out in a different way.

Some children are very angry, some are extremely introverted, and some are staying at home, refusing to leave their homes.

Now more than ever is when our children need our love and our compassion.

Both the Hashim family and Solidarity Sports set up the Hashim Family Legacy fund “to fulfil the dreams of children affected by Grenfell. In loving memory of Firdaws, Yahya, Yaqub, Nura and Hashim who passed away in Grenfell Tower.” And the fund has one objective:

It’s clear Firdaws and Yahya, like many others in the tower that day, were taken too soon. Snow’s and Mendez’s words are heartbreaking. But at the same time, the beautiful memories that Firdaws and Yahya left behind are inspirational. What better legacy is there than to use that inspiration to touch the lives of so many other children just like them.

– Donate to the Hashim Family Legacy fund, and share it widely.

– Read more from The Canary about the Grenfell Tower Fire.