The Conservatives couldn’t shut down the UK’s youngest MP. One line was all she needed. [VIDEO] - The Canary 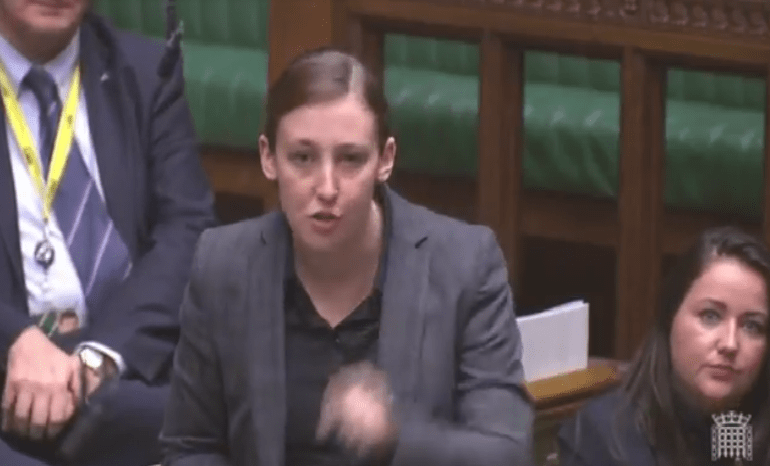 On 18 October, the UK’s youngest MP delivered a speech apparently so blistering that the Conservative benches tried [5.30] to shut her down. But one line was all Mhairi Black needed. She branded [03:44] the government a:

except that instead of coming through your front door, they are coming after your mental health, your physical wellbeing, your stability, your sense of security – that is what the experience is for all of our constituents.

“Forcing people into hunger does not incentivise work”

For many ordinary people, Universal Credit actually represents a huge cut to their support. Overcoming [5;37] shouts from the Conservative benches, Black attacked the government line that Universal Credit gets people into work:

During her speech, Black also linked [4.11] Universal Credit to the Conservatives piling on public debt:

We’re not dealing with the national debt, we’re simply shifting it onto vulnerable households.

The Conservatives have added £813bn to the national debt since 2010.

Packaged as a modern reform, Universal Credit will actually leave many ordinary people with less money overall. So it is in fact more Conservative austerity. With this in mind, the 22-year-old MP said that to continue with the rollout is “callous” at worst and “arrogant and idiotic” at best.

– Find out more about the Citizen’s Advice campaign on Universal Credit here.