Nobody's been convicted for the 1,000 deaths in custody. And it just happened again. - Canary 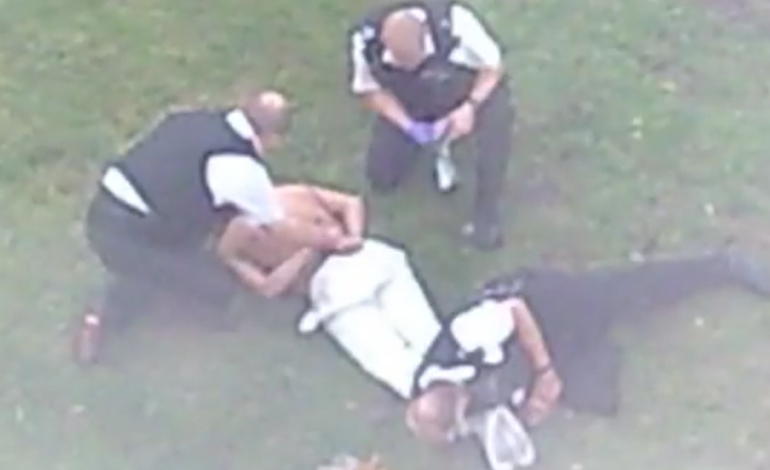 The Crown Prosecution Service (CPS) has dropped charges for the second time against five police officers involved in the arrest of Sean Rigg. His family have called the decision “shameful”. Yet Rigg’s death is one of over 1,000 that remain unprosecuted.

A 2012 inquest into Rigg’s death on 21 August 2008 returned a damning verdict. The jury at that time believed police actions contributed directly to his death. These included restraining the musician face down for eight minutes, which the inquest jury deemed “unnecessary and unsuitable”.

Charges against officers involved were considered in March 2016. But the CPS dropped them in September 2016, citing a lack of evidence. A Victim’s Right to Review claim was made by Rigg’s family, starting a second investigation into the five officers connected with Rigg’s death.

But on 6 December, the CPS announced it would be dropping charges again. And it once more cited “insufficient evidence”, saying:

The review has now concluded and has upheld the original decision not to authorise charges in relation to the death of Mr Rigg, on the basis that the evidential test in the code for crown prosecutors is not met.

The Rigg family claims the bar for evidence is “impossibly high”.

The events of 21 August 2008 are well documented. They show a man living with severe mental health issues being heavily restrained by police. They also portray a person from a black and minority ethnic (BAME) background dying in police custody.

Since 1990, there have been 1,067 deaths in police custody – deaths that took place while the person was in contact with police or shortly afterwards, whether or not they occurred in a police station – in England and Wales. But as charity Inquest points out, police officers are not being held responsible:

There have been no murder or manslaughter convictions of any kind, and one conviction for misconduct in public office.

BAME individuals make up 14% of total deaths in police custody or following contact with police, proportionate to the overall population. But they are over-represented when force, restraint, or mental health are key factors. With force or restraint used, death is more than twice as likely; where mental health is a feature, deaths are nearly twice as likely.

This raises “serious questions of institutional racism as a contributory factor in their deaths”, Inquest says.

In September 2017, a landmark report on deaths in police custody was published. The investigation, prompted in part by Rigg’s death, has more than 100 findings and recommendations. These include a push to separate mental health issues from criminal acts as well as greater effort to root out ethnic discrimination.

But both ends of the problem must change. So until the CPS holds officers to account for their use of force and restraint, there will be no justice for those on the blunt end of the law.

Correction: this article was updated at 11.30am on 11 December. It previously incorrectly stated that 1,637 deaths had occurred in police custody since 1990. However, this number includes deaths in police custody or “following other forms of contact with the police, as well as vehicular pursuits and road traffic incidents”. The number of police custody deaths in England and Wales since 1990 is 1,067, according to Inquest. The headline and article have been updated accordingly.

– Check out the United Families & Friends Campaign supporting those affected by deaths in police custody.

– Read more about Inquest, which helps those affected by state-related deaths.

– Watch Who Polices the Police?, a documentary about the Sean Rigg case.