In a last-minute act of desperation, Theresa May has abandoned every red line on Brexit - Canary 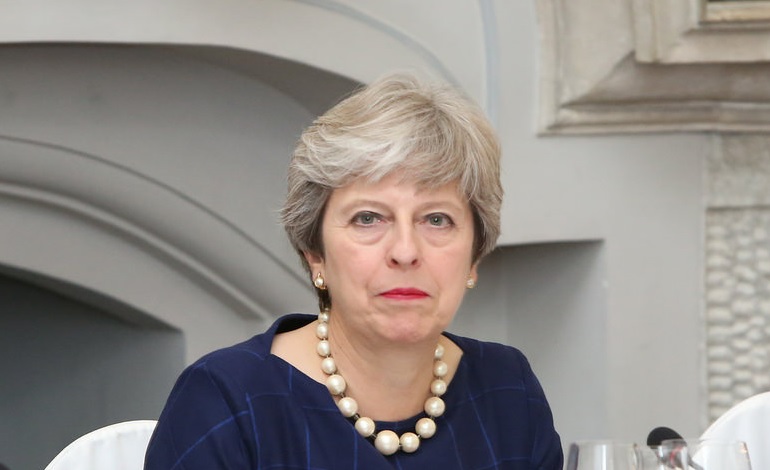 Facing a tight deadline from the EU, Theresa May has essentially abandoned her version of Brexit at the last minute.

At Prime Minister’s Questions [PMQs] on 6 December, the Prime Minister reiterated the UK’s commitment to leaving the single market and customs union. The pledge to leave both has defined May’s Brexit vision since her flagship speech in January.

But while subject to change, May’s new agreement with the EU tells a different tale. If there is no solution to the problem of the hard border in Ireland, the deal states:

“Full alignment” suggests Britain will have to abide by very similar EU trade laws to those we have now. But as a non-member state, Britain will have no say in what those rules are. EU negotiators have said it “seems hard to reconcile” full alignment with leaving the single market and customs union.

The Prime Minister made another red line clear in her flagship Lancaster House speech:

So we will take back control of our laws and bring an end to the jurisdiction of the European Court of Justice in Britain. Leaving the European Union will mean that our laws will be made in Westminster, Edinburgh, Cardiff and Belfast.

But the continued influence of the CJEU over the UK is marked throughout the agreement. And UK courts will have to pay “due regard” to the CJEU perpetually after Brexit.

Brexit must mean control of the number of people who come to Britain from Europe. And that is what we will deliver.

But there is no present solution to the problem of the Irish hard border other than for the UK to “maintain full alignment with those rules of the Internal Market and Customs Union”. And if the UK has to abide by the rules of the single market, one of the fundamental rules is free movement of people.

So it seems May’s version of Brexit has fallen by the wayside.

Ignore the media cheerleaders, this last-minute deal was an act of desperation. But it’s certainly positive news for anyone who wants to avoid a hard Brexit.