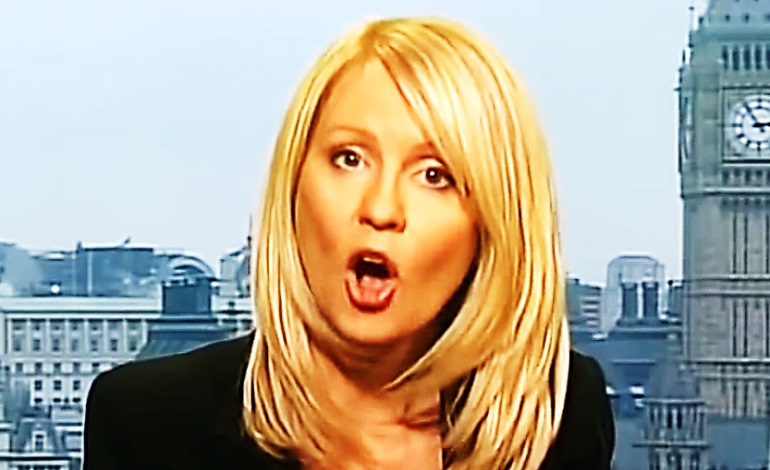 Conservative MP for Tatton Esther McVey, whom Labour’s John McDonnell once branded a “stain on humanity”, is the latest Secretary of State for Work and Pensions. And disabled people have been quick to hit back, claiming her appointment shows that in a Conservative government the “shit rises to the top”.

McVey replaced David Gauke in Theresa May’s reshuffle on Monday 8 January. She is now the fifth minister in charge of the Department for Work and Pensions (DWP) in two years. McVey was Disabilities Minister from 2012 to 2013, then Employment Minister from 2013 to 2015, before losing her seat at the 2015 general election.

But the former MP for Wirral West’s career has been dogged by controversy:

So now, disabled people’s rights groups have hit back at McVey’s appointment.

“Shit rises to the top”

We are alarmed by the appointment of Esther McVey as Secretary of State for the DWP. In the past… she displayed contempt for benefit claimants by promoting the most devastating policies such as the bedroom tax. She comes across as delighting in the misery of people struggling to survive.

We are concerned for disabled people, in particular those who live with mental health problems, as we are hearing more and more from people talking of ending their lives as they can take no more of the constant fear of destitution due to the punitive benefits system which McVey enthusiastically helped to create. Destitution is a potential reality for all disabled people, and we fear there will be many more deaths if this extreme right winger is not forcefully opposed in parliament and on the streets. Our backs are against the wall; we must come out fighting and we will.

The appointment of Esther ‘McVile’ as Secretary of State for DWP shows how the adage ‘shit rises to the top’ is obviously true.

As one of the many previous ministers for disabled people, Esther was responsible for implementing policies and practices, including the closure of the Independent Living Fund, that stripped disabled people of their rights. And she seems to take cruel delight in heaping further atrocities upon us.

However, we’ve worked jointly with others before to unseat Esther from Wirral West. And we will now be working to make sure she loses her seat in Tatton, too. She is unfit to be an MP, let alone a minister of state.

For sick and disabled people in the UK, the problems with government policy run deeper than just who is the ministerial face of the DWP. Successive Conservative governments’ welfare reforms have been inherently ideological; McVey is just another face for Tory policy. But with disabled people already up in arms about her appointment, it is yet another headache that the embattled PM doesn’t need.

– Sign the petition calling on Theresa May to sack McVey.

– Support DPAC and the MHRN.