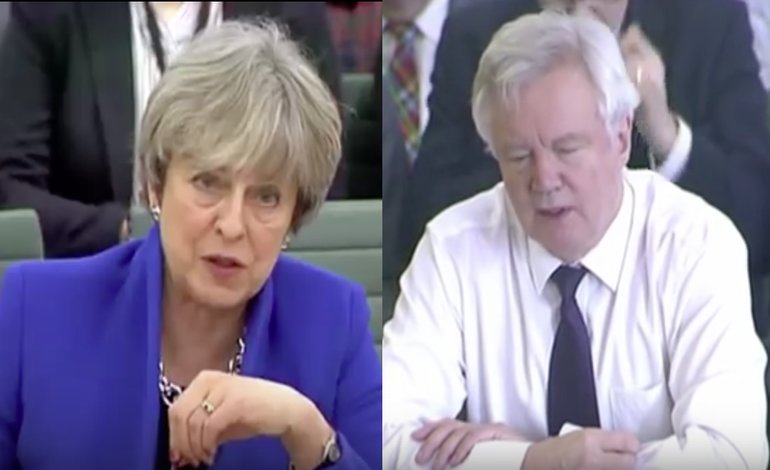 A leaked letter from Brexit Secretary David Davis to Theresa May has confirmed the worst case scenario of leaving the European Union. The letter lays out real threats to British jobs and trade that have become reality before we even depart the EU.

In the letter, Davis explains that the EU is using the potential ‘no deal’ Brexit scenario to frighten UK businesses and potential overseas investors. The prospect of the UK walking away from the EU without formal agreements on key matters is a big issue: trade tariffs, freedom of movement, cooperation on medicine and science, and the breeding and transportation of animals for farming and agriculture. According to Davis, the EU is exploiting the absence of clarity to tempt businesses and agencies to relocate from Britain to the EU. This not only threatens British jobs, but also the nation’s position as a leader in science, technology, law and other areas.

Davis is so concerned about these threats that he writes of consulting lawyers, despite “chances of a successful legal challenge against the measures” being “low”. 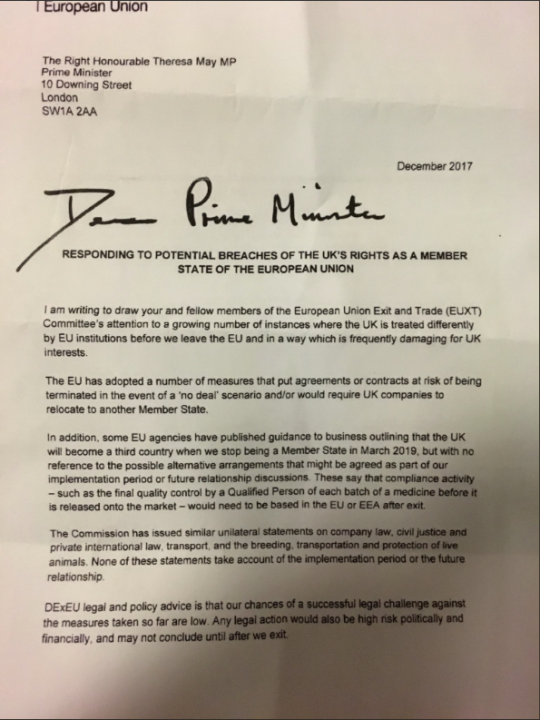 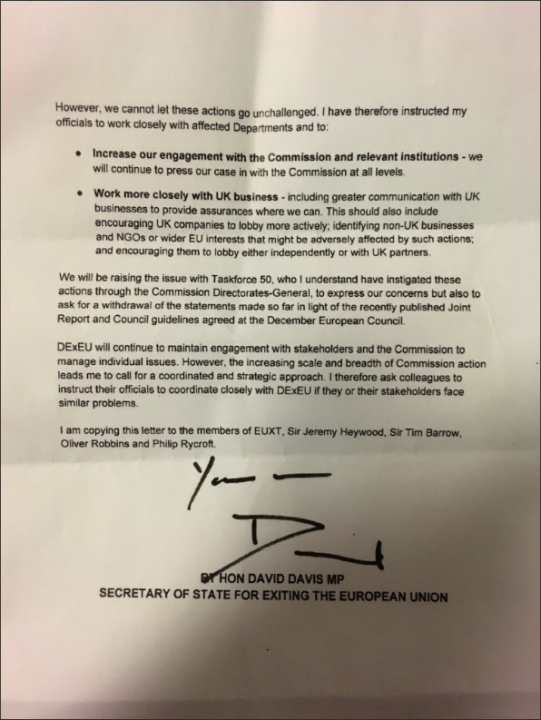 The two faces of Brexit

This is the opposite of what Davis and May have been arguing publicly since the Brexit deal. Theresa May stated herself that, when it comes to Brexit, “no deal is better than a bad deal”. Davis has also argued repeatedly that Britain will be ready for a ‘no deal’ scenario.

What we now know from the leaked letter is that there is no plan. Britain is scheduled to leave the EU in March 2019, just 14 months from now. It’s been 18 months since the EU referendum, and in that time there has been zero progress. No agreement on trade tariffs, on participation on crime, medicine, science or technology, or on whether Britain remains in the Single Market and the Customs Union. May’s government has failed to secure a single international trade deal to offset Brexit losses. The government has not even prepared its promised Brexit impact reports assessing the risks and opportunities facing the country.

This should not be a partisan issue between Remain and Leave voters. This should be an area on which we can all agree. With a housing crisis and an exponential rise in homelessness, food bank use and child poverty, the last thing Britain needs is further mishandling of its economy. And so far, the May government is offering little else.

– Sign the petition to hold a referendum on the final Brexit deal.

– Read more on Brexit from The Canary here.