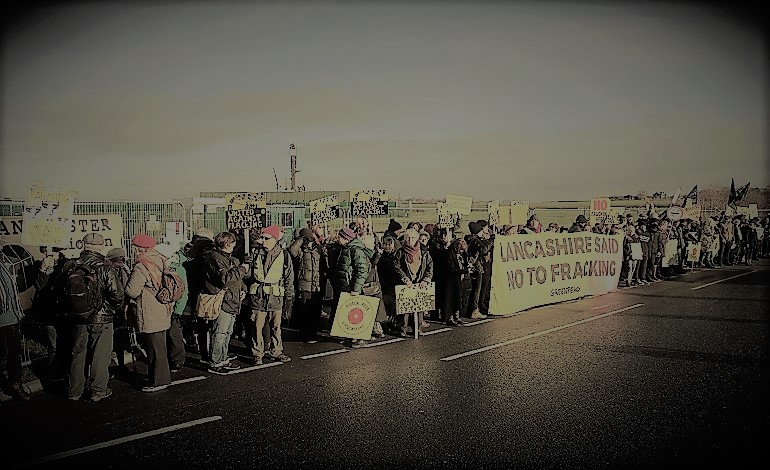 Communities came together in the first few days of the new year, in a show of defiance against a multinational corporation.

Preston New Road, near the village of Little Plumpton, is at the centre of a row over fracking. Cuadrilla has permission to frack the site. But local people are against the company’s plans. And they have stepped up their protests since January 2017.

The government gave the go-ahead for Cuadrilla to frack there – reportedly the first site of its kind in the UK – in 2016. The company officially began work on 5 January last year. Ever since, protesters have been at the site. And on 5 January 2018, eight community groups came together to mark the year anniversary of Cuadrilla’s operations at Preston New Road.

A show of strength

Over 250 local residents and visitors from Cumbria, Yorkshire, Cheshire, Derbyshire, Greater Manchester, Merseyside and Somerset joined campaign group Frack Free Lancashire in a demonstration of solidarity to mark the first anniversary of the start of Cuadrilla’s development of the fracking well.

Although the event was called “Black Friday”, there was a carnival atmosphere with music and speeches: 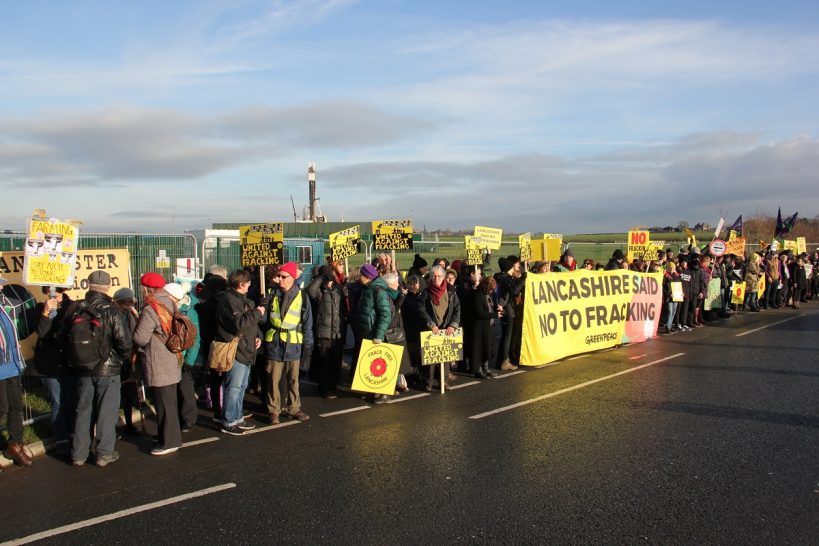 A spokesperson for Frack Free Lancashire told The Canary:

It has been a full year now since Cuadrilla started work on this pad. A year in which there has been a continual presence of local people at the side of the road, 24 hours a day, seven days a week.

A year in which residents have been witnesses to what is happening on and around the site. This has ensured that Cuadrilla is aware, in no uncertain terms, of the growing discontent of the local community as they have continued their uphill struggle to force this industry upon an unwilling community.

Frack Free Lancashire have stood united and proud against this unwelcome industry for a full year and will continue to do so for as long as it takes.

The government’s decision to let Cuadrilla frack has been controversial. Lancashire County Council originally refused the company’s application to frack the site. Then, Communities Secretary Sajid Javid stepped in back in October 2016 and gave the company permission. And since Javid’s decision, Cuadrilla has been dogged by numerous scandals. These include:

Campaigners’ concerns about fracking are over-arching. They range from polluted drinking water and earthquakes, to its contribution to greenhouse gases. What makes it such a hot topic, though, is the public anger it provokes, witnessed at sites such as Preston New Road. And judging by the show of solidarity by campaigners on 5 January, 2018 is set to be another year of constant protest about this controversial energy source.