Look away Theresa May! Even the right-wing press are making fun of you now... - The Canary

Prime Minister Theresa May has endured a torrid time since assuming office. A disastrous election campaign led to the loss of her parliamentary majority in the election of 2017. Since then, shambolic Brexit negotiations and weak leadership have exacerbated the situation. Now, her chaotic cabinet reshuffle of 8 January has turned the entire press against her.

Nothing went to plan

Reshuffle day began poorly for May when Secretary of State for Transport Chris Grayling was announced as the new party chairman. The announcement was deleted moments later, and Grayling’s promotion never materialised. From there, things did not progress more smoothly. Former Education Secretary Justine Greening resigned rather than accept a move to the Department for Work and Pensions. Jeremy Hunt reportedly refused to leave his post as Health Secretary, despite overseeing the NHS winter crisis. Meanwhile, cabinet members who have openly clashed with May, such as Boris Johnson and Philip Hammond, retained their posts.

As The New Statesman concluded, rather than showing new strength, May’s cabinet reshuffle has re-emphasised her weakness.

Traditionally, the Conservative Party has counted on support from most print newspapers. Yet the Theresa May era now appears to be the time when that ended. Such was the sense of disarray around yesterday’s events that even staunch Tory outlets have put the boot in. 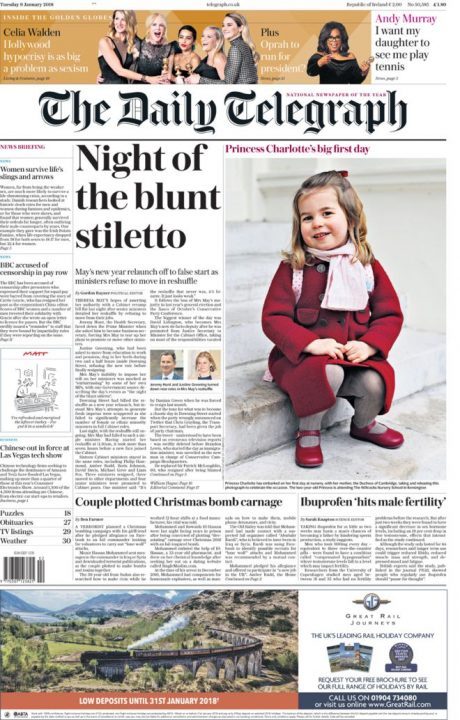 While The Times described it as “shambolic”: 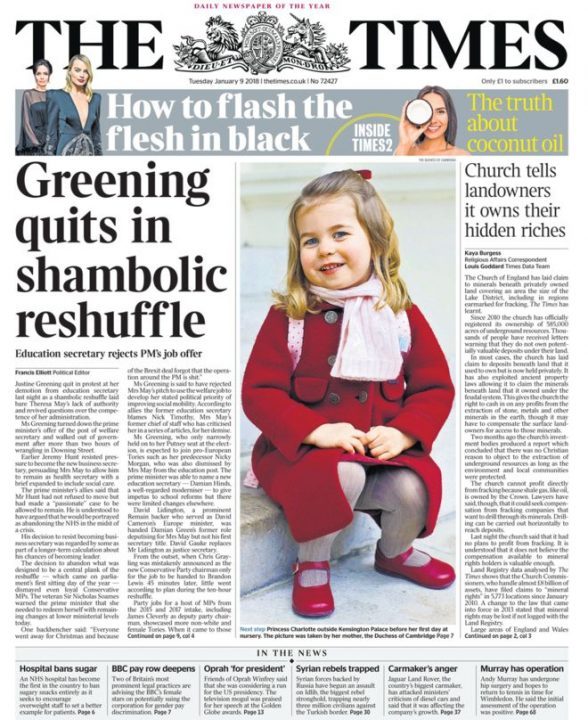 Even The Daily Mail got in the act, describing May’s “reshuffle chaos”: 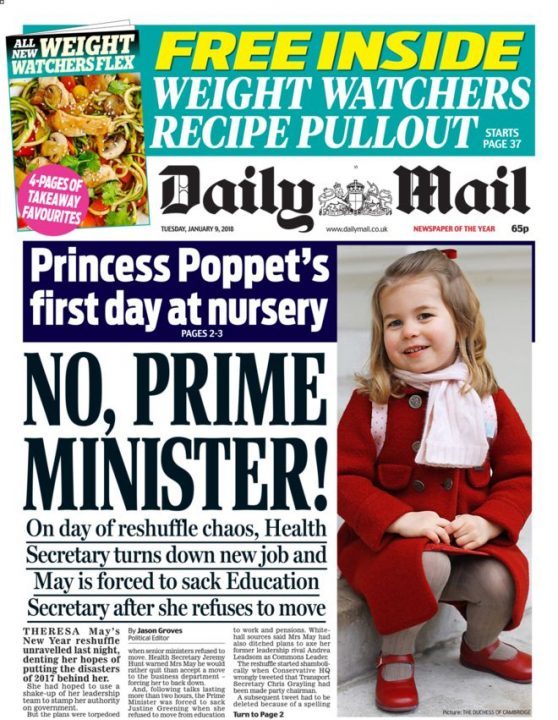 A PM with no future

For a long time, it has been the responsibility of outlets like The Canary to highlight the incompetency and ineptitude of the Conservative government. Under Theresa May, things have reached the point where everyone is doing it. As traditional allies turn against her, and enemies in her own ranks make plans, May’s time in office is surely about to end.

– Read more on the reshuffle here.