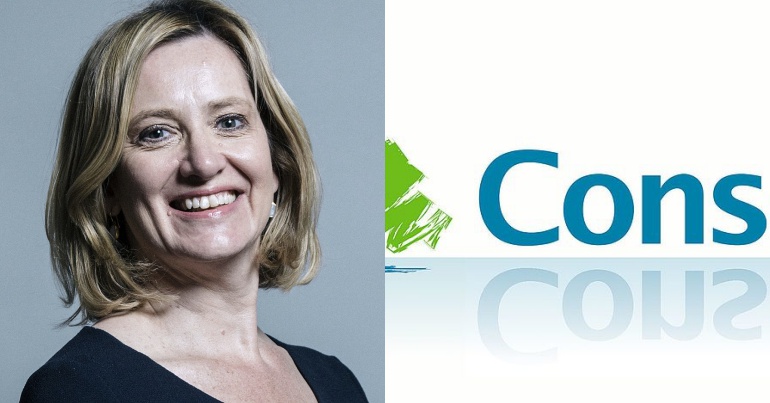 On 25 April, Amber Rudd told parliament that she was “not familiar” with any Home Office targets for removing migrants from the UK. But on 26 April, Rudd changed her tune and said “I accept the criticism on the issue”. But this is just the latest incident in a long series of whoppers from the Conservative government and its ministers.

When she took over from Theresa May as home secretary, Rudd boasted she would introduce even harsher immigration policy. Although she has finally pledged to grant British citizenship to the Windrush generation, it’s not been enough to keep the lid on abhorrent home office policies.

On 25 April, Labour’s Yvette Cooper stated that the home office had “internal enforcement targets” which had been “increasing every year”.  It emerged that immigration officers are encouraged to look for “easy” targets, also known as “low-hanging fruit”. Rudd denied any knowledge about this policy. She called it “extraordinary”:

On 26 April, Rudd was called back to the Commons to answer an urgent question from Labour’s Diane Abbott. Because despite her previous denial, Home Office documents from 2015 revealed that there were targets in place to remove migrants.

Many took to Twitter to highlight Rudd’s equal measures of audacity and ineptitude:

Big moment for Amber Rudd. The immigration services said there's a net removal target of immigrants, which she has just denied. She either doesn't know these targets existed, which would be a sackable offence, or she is lying, which is a sackable offence. Shocking stuff.

While others have claimed that Rudd lied:

But the Rudd debacle is just the latest in a long line of Conservative whoppers.

1. For a start, May insisted at least five times that she wouldn’t call an early general election. This, obviously, was before she called the snap general election in 2017. But she didn’t stop there.

2. May promised that “everybody affected” by the Grenfell Tower tragedy in 2017 would be offered a new home within “three weeks”, but this didn’t happen.

3. At prime minister’s questions (PMQs) on 13 December, May used inaccurate and “misleading” figures about homelessness.

4. On 21 March, Theresa May faced a direct question about Conservative Party links to Cambridge Analytica and its parent company Strategic Communications Laboratories Group (SCL). She completely failed to acknowledge the long list of Tory links to SLC.

5. Labour Leader Jeremy Corbyn reminded May that she’d failed in her promise to support working families.

6. And let’s not forget May’s explicit involvement in the current Windrush tragedy:

Theresa May just lied to parliament when she said Labour ordered the destruction of the windrush landing cards. The destruction was ordered and took place when SHE was home Secretary. Unbelievable distortion of the facts from the PM but is any1 surprised? https://t.co/O7GvgABkVp

7. Alongside his appalling (often racist) ‘gaffes‘, foreign minister Boris Johnson has frequently shown utter disregard for fact-checking. Most recently, he stated that experts from Porton Down were “absolutely categorical” that Russia was the source of Novichok – the nerve agent that poisoned Sergei Skripal and his daughter Yulia in March. Turns out this wasn’t true. But Johnson managed to pin the blame on Corbyn for his own inaccuracies.

9. He also claimed the Tories set up the NHS.

10. And Hunt also breached parliamentary money laundering rules when he “forgot” to report the purchase of seven luxury flats.

11. And then there’s Brexit secretary David Davis’s ‘bluffs’ about Brexit:

"And that's before we even get on to the lies. I think the word 'bluffing' is generous. He's just been lying." https://t.co/cpMaalfs1o

Need we go on any further?

There’s been so much Tory meddling with the truth recently that people have asked Captain Ska to re-release the Liar Liar song:

If they weren’t running the country, the blurred lines between truth and fact might almost be funny. Like an extended episode of Yes Minister, or Spitting Image perhaps. But the actual truth is that it’s not funny at all. Far from it.