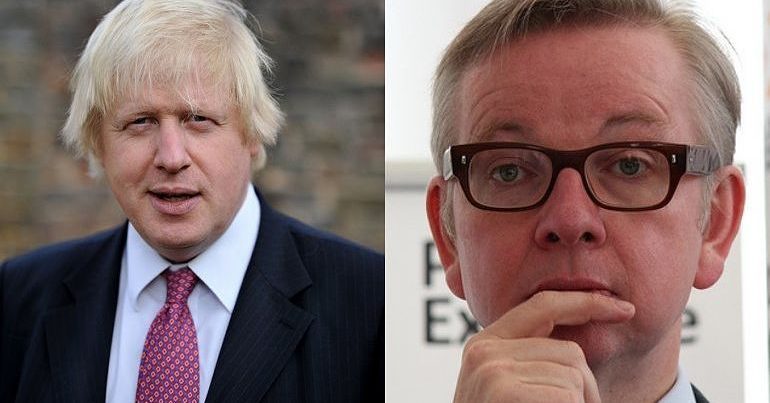 Pressure is mounting on the Vote Leave campaign, which was fronted by Conservative MPs Boris Johnson and Michael Gove. Now new evidence suggests the campaign group used identical datasets to BeLeave during the EU referendum.

The Electoral Commission is investigating Vote Leave, Darren Grimes (BeLeave), and Veterans for Britain for possible collusion during the referendum, which would breach referendum finance rules. As the Guardian‘s Carole Cadwalladr reported:

Vote Leave donated £625,000 to BeLeave which then spent the money on digital advertising in the last critical days before the vote.

But the question remains: was there also coordination between Vote Leave and BeLeave in how that money was spent?

Now, in the latest twist, Facebook has written a letter to the Commons committee investigating fake news. In the letter, Vote Leave and BeLeave are said to have shared [pdf, p3] three datasets to locate potential recipients of targeted Facebook adverts. These include: ‘data file custom audiences’, ‘website custom audiences’ and ‘lookalike audiences’.

But Vote Leave and Grimes told the Guardian that there was no coordination between the campaigns on how the money was spent.

The Facebook letter also states [pdf, p4] that there were billing and administrative links between data miners SCL, Cambridge Analytica (now in liquidation), and AIQ. None appear to relate to the EU referendum campaign.

However, a cache of evidence appeared to confirm that Vote Leave and BeLeave coordinated their campaigns via AIQ. Copies of allegedly incriminating emails, chat room discussions, photographs, and other material have been produced. These claim to show that Vote Leave set up BeLeave to avoid the £7m spending limit required under UK Electoral rules.

Fair Vote features a video on its website to argue its case:

But whistleblower and former Vote Leave staffer Mark Gettleson backs up the claims of collusion between Vote Leave and BeLeave. As the Guardian reports, he told the Electoral Commission:

Darren [Grimes] was working within Vote Leave and continually asking me, Stephen, Cleo and the Vote Leave design team for support and assistance.

‘Stephen’ is Stephen Parkinson and ‘Cleo’ is Cleo Watson, who now both work for Theresa May.

I absolutely deny the charges against me.

I had no responsibility for digital campaigning or donations during the referendum, and am confident that Vote Leave acted entirely within the law and strict spending rules at all times

However, several emails submitted to the Electoral Commission by Gettleson and published by the Guardian appear to show Parkinson directing Grimes and liaising with Vote Leave staff: 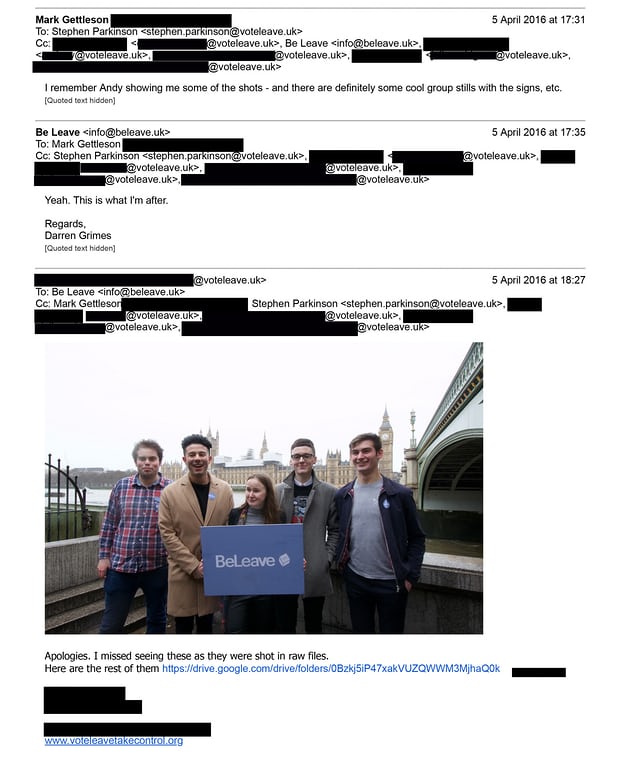 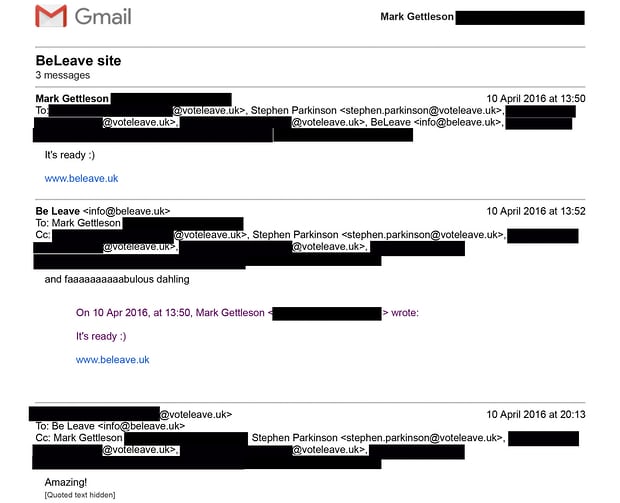 committed by Vote Leave in the EU referendum campaign

Gove and Johnson have both denied any wrongdoing in the Brexit campaign, saying the claims Vote Leave broke spending rules were “ludicrous”. But should it be shown that Vote Leave did commit offences, then that could cast doubt on the outcome of the 2016 referendum.