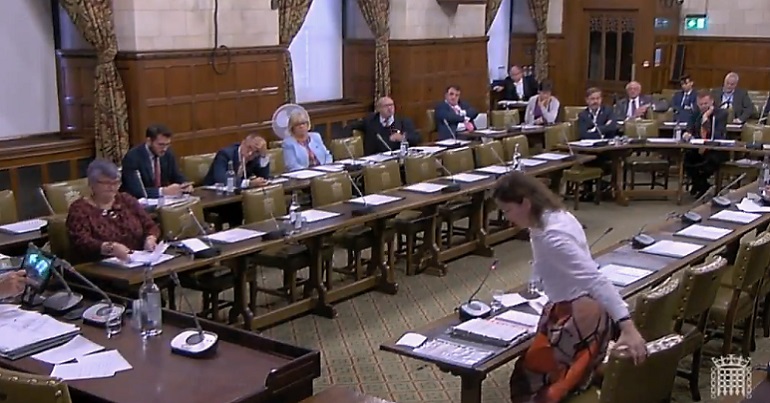 A 30-second clip from a debate in parliament sums up the state of our government. Because the minister responsible for the policy being debated is not allowed to answer questions on it. No, really.

SNP MP Ronnie Cowan had organised a debate into drug policy. He wrote a critical take on the government’s stance on drugs for PoliticsHome. He insisted:

We must acknowledge that problematic use is higher in areas of social deprivation… [and] accept the responsibility of trying to find solutions and acknowledge our failures.

We need to help people with problematic drug-use, with harm-reduction treatment and wrap-around support… [and] [h]ave a network of safe drug consumption rooms throughout the UK.

The emergency services should carry naloxone and be trained in its use.

We have lost the war on drugs. Our own drugs policy saw to that.

We need to change our mind set and we need to ensure we are in a position to win the peace.

Is it any wonder?

But during his debate, Cowan exposed just how batsh*t the government is on this. It took only 30 seconds:

My drugs policy debate in @HouseofCommons has just finished. However, interesting to note the Minister had to start her remarks by indicating she cannot talk about cannabis or synthetic cannabinoids due to the "potential conflict of interest with her husbands business". pic.twitter.com/9eexHLarc7

Yes, that’s right. Victoria Atkins is parliamentary under-secretary of state for crime, safeguarding and vulnerability. One of her remits is drugs. But she can’t talk about cannabis or cannabis-related medicine. Because her husband makes money from it.

her husband is the Managing Director of British Sugar Paul Kenward. The company is supplying GW Pharmaceuticals with up to 23 football pitches-worth of “non-psychoactive” cannabis for its drug Epidiolex. This is enough to treat up to 40,000 children a year.

If this wasn’t bad enough, Atkins’s potential conflict of interest directly impacts government business. Because as Cowan tweeted, he had to alter his debate because of her:

I cut out a section of my speech today on drugs policy reform because the minister has to recuse herself. I was going to seek assurances that synthetic cannabis was not going to be rescheduled. Why send a minister to a drugs debate who can’t talk about cannabis ?

And Cowan wasn’t the only one Atkins left unimpressed:

We need a new drugs minister – one who has no conflict of interest and can therefore do their job properly! https://t.co/LeJc0zHoXQ

Drugs Minister Victoria Atkins refuses to answer any questions related to #Cannabis due to a conflict of interest with her husband's cannabis production business.

But it was Release, the UK’s centre of expertise on drugs and drug law, which summed it up best:

Just take a moment to process what an absurd state of affairs this country's approach to drug policy is in ?‍♀️ https://t.co/8Stm6MlBIZ

Sorry – who voted these maniacs in?