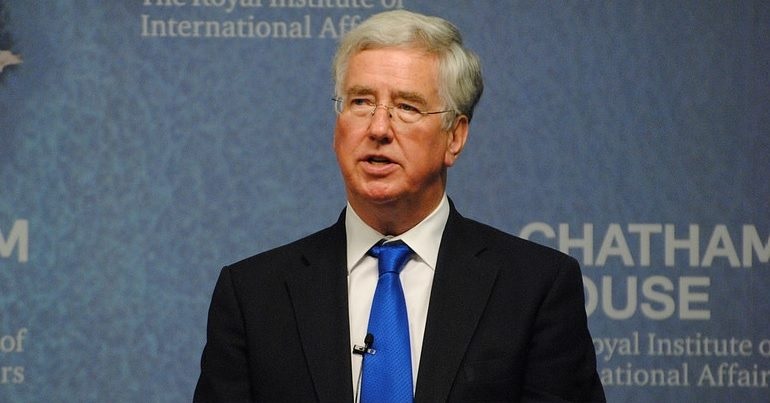 Conservative MP and ex-defence secretary Michael Fallon has got a new £700-per-hour job. Meanwhile, Saudi Arabia stands accused of murdering and dismembering a journalist (not in that order).

Although seemingly disparate facts, they’re not. In fact, Fallon’s job speaks volumes about the UK government’s choice to do fuck all about the murder accusation apart from pulling out of an event.

As BuzzFeed reported, Fallon took a job with investment firm Investcorp in September. The Bahrain-based company has hired the ex-defence secretary to sit on its advisory board. And it’s going to pay him £788 an hour to do so. According to the parliamentary register of MPs’ interests, Fallon will work eight hours a month. So this gig will rake him in around £6,300 per month – or £75,000 a year.

Investcorp invests in companies in a number of countries on behalf of an “investor base of high-net-worth individuals and institutions”, including the UK. In 2012, for example, it acquired a UK ‘education solutions provider’. In 2016, it then acquired a British cybersecurity company, Nebulas Solutions Ltd.

However, Mohammed Alardhi – the executive chairman of Investcorp – says it has particularly “deep roots” in Saudi Arabia. It’s been “active” in the kingdom for over 30 years. And its portfolio of investments there is quite extensive, including in providers of support services to the oil and gas sector.

Meanwhile, Alardhi appears to be quite the fan of the country’s crown prince, Mohammed bin Salman. According to Investcorp’s website, he said:

Saudi Arabia’s National Transformation Plan, spearheaded by His Royal Highness Deputy Crown Prince Mohammed bin Salman, has set in motion wheels of change, making this a hugely exciting period in the history of the Kingdom.

Whose side am I on?

So Fallon has just put himself on the payroll of a company with “deep roots” in Saudi Arabia; at the very point when the UK government should distance itself from the kingdom due (at the very least) to the gruesome allegations about journalist Jamal Khashoggi’s murder.

Of course, Fallon is no longer a minister, after allegations of sexual misconduct in 2017. His behaviour as defence secretary, however, didn’t suggest he was particularly willing to take action against Saudi Arabia even then. In fact, amid reports of serious violations in its assault on Yemen, Fallon decided to sign a secret ‘Military and Security Cooperation Agreement’ with Saudi Arabia. That was just before he told MPs that it was “not helpful” for UK arms deals when his colleagues criticised the kingdom.

Second jobs shouldn’t be allowed for MPs. A politician shouldn’t be a position to make or vote for legislation or policy that a company they work for could benefit from. But under the UK’s current system, some of them are. In Fallon’s case, the Advisory Commission on Business Appointments approved his job.

We really need this to change. These people are, after all, meant to be our representatives.

– Ask Theresa May and your MP to push for an end to second jobs for MPs, and to stop arms sales to Saudi Arabia.

– See more articles on Saudi Arabia (and Bahrain) at The Canary Global.