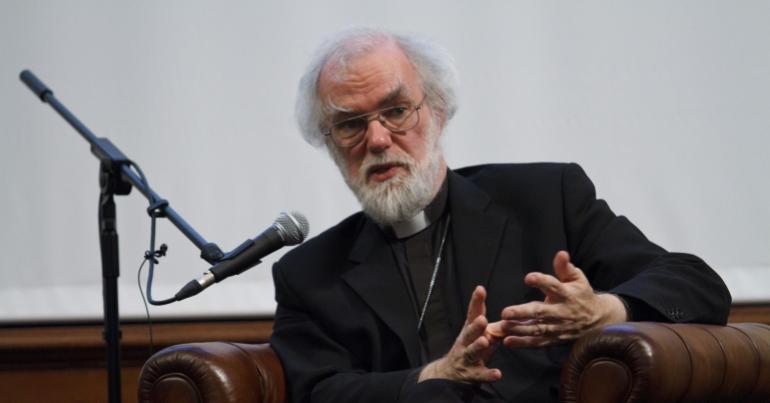 A former Archbishop of Canterbury has sent a crucial message to the UK government in time for Christmas this year. It calls for an end of the UK’s “direct complicity” in the war in Yemen.

According to Save the Children, around 85,000 Yemeni children have been killed by famine as a result of the war since 2015.

The former archbishop had strong words for the government. He claimed the UK is chasing arms sales with regimes pursuing “murderous campaigns against their own citizens or their close neighbours”.

Williams also highlighted the hypocrisy of the UK’s aid spending alongside its large-scale sales of weaponry. The UK has sanctioned the sale of over £4.7bn worth of arms to Saudi since 2015. Meanwhile, the government has continued to spend hundreds of millions in aid for Yemen. In the article for the Guardian, Williams wrote:

If we want to avoid wasting our foreign aid funds, we must invest in secure institutions, just process, and above all the avoidance of armed conflict. We cannot do this if we are at the same time unapologetically resourcing war.

Alongside Labour, the SNP, Lib Dems, Greens and Plaid Cymru have all called for a suspension of arms sales to Saudi Arabia. And Jeremy Corbyn was keen to share Williams’ words with his Twitter followers:

"It’s as if we are creating, or at least helping to maintain, the very conflicts whose terrible effects we then spend money on mitigating."

Rowan Williams, the former Archbishop of Canterbury, on the Tories' disastrous and counterproductive foreign policy.https://t.co/LBLqPqEZw0

Christian Aid released a report on 14 December highlighting the UK government’s “double standards”. The report called for an immediate end of “UK support to the Saudi coalition’s bombing campaign in Yemen”. It also demanded an end to arms sales to the country.

In a video released alongside the report, Williams challenged the government to become world leaders in “peacebuilding and peacemaking”:

‘The British government is still complicit in arms sales which go to some of the most troubled areas of the world.’ – our Chair, Dr Rowan Williams. Read our new report: https://t.co/xGSnlgECtp #WeAreThePeacemakers pic.twitter.com/6ANXZrP70b

The charity also commissioned a 16-metre high mural in London to drive the point home. The painting shows a young Yemeni boy beside a bag full of guns. The weapons are depicted as a Christmas present from the UK government:

Powerful mural by @christian_aid spotted on my cycle to work this morning. Food for thought as we all sit down to break bread with family this Christmas #YemenCantWait #endwaronchildren pic.twitter.com/HS9zufzUXo

After four years of bloody war, the tide may finally be turning. In a historic move on 13 December, the US Senate voted to withdraw US support for the Saudi-coalition in Yemen.

The same day a crucial breakthrough was made as a ceasefire was agreed between the Saudi-backed Yemeni government and the Iran-backed Houthi rebels in the key port city of Hodeidah. UN secretary general Antonio Guterres said the agreement could be a “starting point for peace”.

We all hope the peace talks can finally bring an end to this catastrophic war. But the UK must be proactive in its actions. Germany, Denmark, Finland and the Netherlands have all now halted arms sales to Saudi Arabia. It is time for Britain to act too.