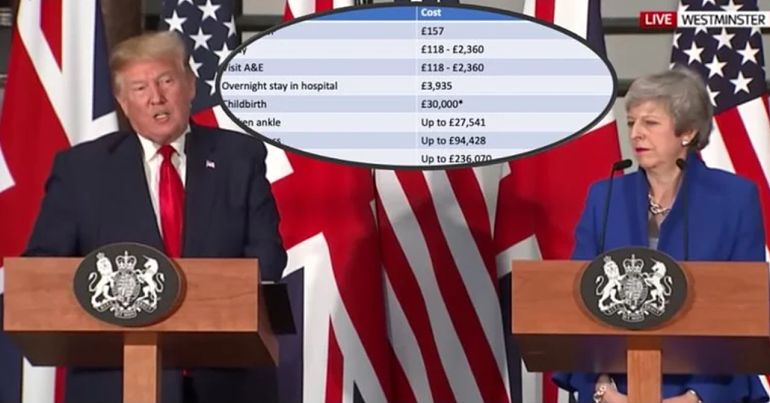 During his hotly-protested state visit to the UK, US President Donald Trump let slip his plans for the NHS. He revealed that the privatisation of Britain’s publicly funded health service would be “on the table” during post-Brexit trade talks. Both Conservative and Brexit Party officials have indicated their support for a privatised NHS. Meanwhile, Labour leader Jeremy Corbyn issued a strong objection to the President:

Here’s what healthcare could cost you if Corbyn’s warning goes unheeded.

The cost of privatised healthcare

The influential Peter G. Peterson Foundation in the US makes the point succinctly:

The rising cost of healthcare is one of the key drivers of our growing national debt, which crowds out important investments in our future economy, including priority areas like education, research, and development, and infrastructure.

Although the United States spends significantly more per person on healthcare than other industrialized nations, our health outcomes are no better — and often worse.

According to the most recent Milliman Medical Index, the most common health plan offered by employers to a typical American family of four costs an average £22,163 per year. These costs are so astronomical, most people simply can’t afford them. So on average, employers pick up over 70% of the bill (based on 2016 figures). This means that if a person loses their job, they and their family also lose access to healthcare.

Without insurance, here are the costs for common services:

*childbirth data via The Economist

Many Brits also rely on the NHS for mental health services. A recent case from the US is reason for caution. A 21-year-old required a week-long stay in an Oklahoma hospital after attempting suicide this year. He was charged over $93,000 (£73,000). He shared his bill on social media, only to find many others with similar issues. One commenter wrote: 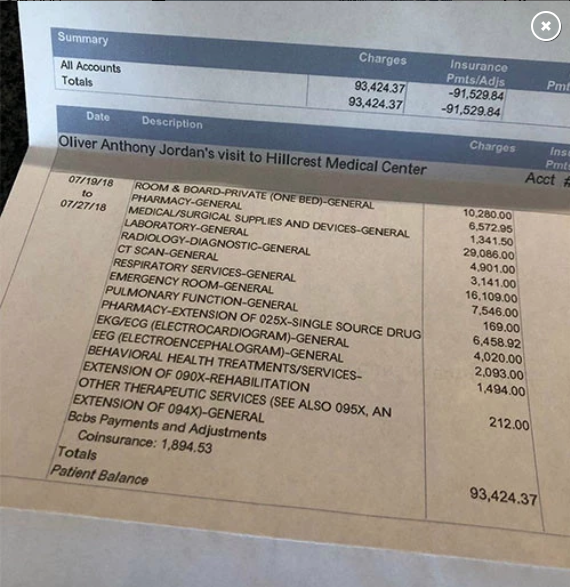 The UK has a GDP (amount of wealth we produce each year) of over £2tn a year. The NHS costs us just £150bn. UK citizens pay less money, for better care, than in almost any other healthcare system in the world.