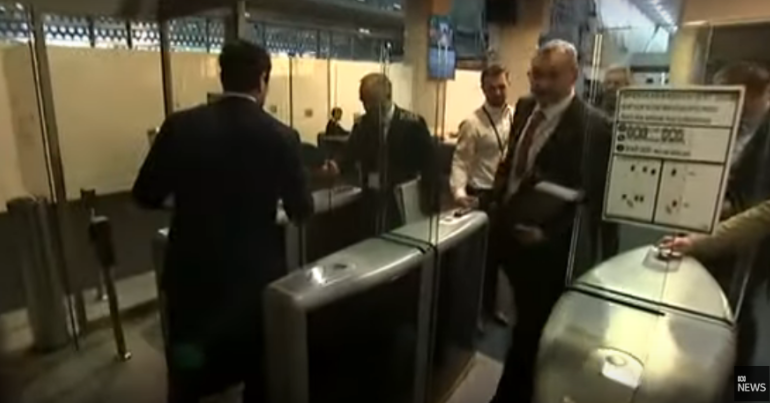 In April, US authorities issued an extradition request for WikiLeaks founder Julian Assange, with warnings from The Canary and other media that this could presage a wider international clampdown on public-interest journalism. And that is exactly what now seems to be happening, with a raid on the Sydney offices of the Australian state broadcaster, ABC.

The purpose of the raid was to seize leaked data sets in connection with alleged war crimes committed by Australian forces in Afghanistan.

Australian barrister and Assange campaign adviser Greg Barns called the raid out for what it is:

#auspol #FreeAssange Now you get it? The persecution of #Assange is not an isolated case @annikasmethurst @DanOakes

The ABC stands by its journalists, will protect its sources and continue to report without fear or favour on national security and intelligence issues when there is a clear public interest.

The raid on the ABC followed ‘inquiries’ by the Department of Home Affairs with 2GB radio host Ben Fordham, regarding documents relating to asylum-seeker vessels. It also followed a raid on 4 June on the home of News Corp journalist Annika Smethurst, who reported on government spying.

These raids are about intimidating journalists and media organisations because of their truth-telling. They are about more than hunting down whistleblowers that reveal what governments are secretly doing in our name, but also preventing the media from shining a light on the actions of government.

In solidarity with the ABC, The Canary is publishing links to those data files:

David McBride, a former military lawyer and the man accused of leaking the data, insists his actions were entirely justified. He has also accused ABC of being reckless in the way it published the leaked data:

At the time I was pretty angry because (the ABC) published the document on the internet and it was pretty obvious where it had all come from. People in Defence could work out that the common link with the documents was me.

The ABC website currently includes links for whistleblowers to WhatsApp and Signal, but not to the more robust SecureDrop.

No one is safe

Indeed, with the US extradition request against Assange, a signal has been issued that all journalists – and possibly lawyers too – are fair game.

And it doesn’t end there.