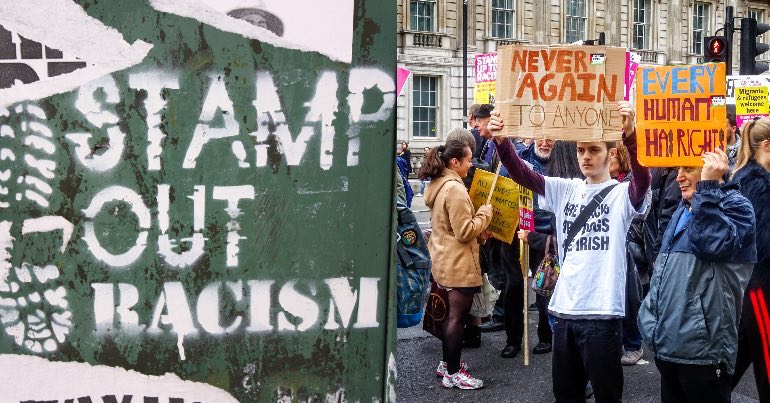 A new report has argued that racism and discrimination in Ireland continue to be a problem. The authors insist that, even though Ireland has made progress in recent years, there continues to be “an undercurrent of low-level racist violence”.

As a result, the report says that the government needs to do more to fight these problems.

The European Commission against Racism and Intolerance (ECRI) published the report. It describes itself as “an independent human rights monitoring body specialised in questions relating to racism and intolerance”. As part of its work, it monitors EU countries and any racism and intolerance that exists there. It also makes “suggestions and proposals” to combat these problems.

In the case of Ireland, it noted that the country has become more liberal in recent years. It pointed to the legalisation of same-sex marriage and laws banning discrimination in access to education as examples of this progress.

But in spite of this, it went on to reveal that “some issues give rise to concern”. In particular, it found:

There continue to be no provisions in Irish criminal law defining common offences of a racist or homo/transphobic nature as specific offences, nor any specific or statutory provision for racist or other hate motivation to be considered as an aggravating circumstance for all criminal offences.

The authors of the report also discovered that authorities “seldom” use the law against inciting hatred, noting that they are “particularly ineffectual in combating online hate speech”. And added to this is the fact that, in Ireland:

There is an undercurrent of low-level racist violence which is not adequately recorded or addressed.

The report’s authors also go on to make a number of recommendations about how to tackle racism and discrimination.

The report states that Ireland’s laws against hate speech are not effective. In fact, it divulged that there’ve only been five convictions for hate speech since the year 2000, even though “hate speech involving verbal abuse in public places is quite common”.

Because of this, it suggests the government amends Irish law in order to make hate crime legislation more potent.

It also proposes that the amended legislation should “apply to individuals as well as groups”. What’s more, it argues:

The law should also be amended to provide that racist and other hate motivation constitutes an aggravating circumstance for all criminal offences and is taken into account in sentencing.

And it advises that the government should work “in consultation with relevant civil society actors” when drafting the new legislation.

Given the rise of the far right, Ireland must do all it can to ensure the safety of its minorities. Activists and groups have made too much progress in recent times. To allow racism and discrimination any place here would undermine years of their work and sacrifice. And this means the government must implement the recommendations of the ECRI quickly and efficiently.

It’s the least the government can do to protect some of the most vulnerable people in Irish society. Anything less potentially leaves innocent people at the mercy of hatred and violence.