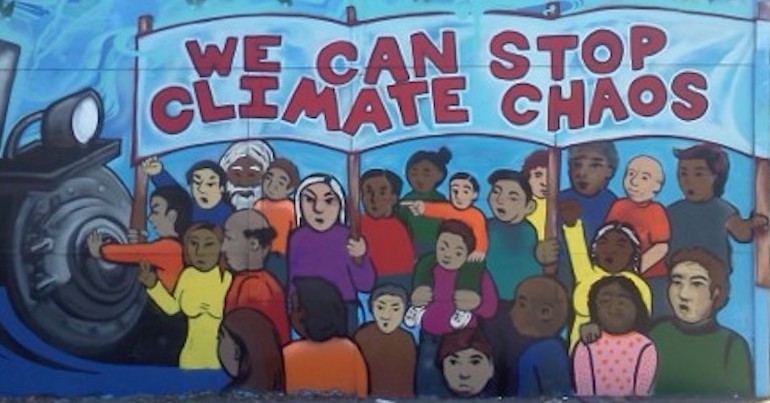 A new YouGov poll, conducted for One Home, has revealed a surge in public support to tackle climate chaos. According to the survey, more people in the UK than ever before are aware of the “threat to future generations” if we don’t act now.

“We have to make changes now“

The YouGov survey revealed that more than three quarters (78%) of those questioned think climate breakdown “poses a threat to future generations” and 48% “think it poses a very serious threat”. Awareness is growing that this is a global crisis, as 74% were aware of the “threat to people living in other countries”. The poll established that 46% had “discussed” these issues “within the last day or week”.

In another notable shift, the poll found that 37% of people in the UK would “back up their concerns with higher taxes to fund measures to decrease Britain’s carbon emissions”. 58%, meanwhile, support increasing taxes “for the country’s wealthiest 10%” in order to fund reducing carbon emissions. Only 18% “strongly” opposed tax increases.

One Home founder Angela Terry is also a leading environmental scientist and consumer campaigner. She said:

These results are incredible. Not only are people more aware of climate change, they are talking about the problems, and more are prepared to put their money where their mouth is by paying higher taxes.

That four in five think climate change poses a threat to future generations of people – is huge. We have to make changes now for our children.

“Finally, we are getting the message through”

Terry called the poll results “a great start”. She also noted that “policymakers and business” must “step up – and now”.

According to this poll:

Terry called this “a real development”. She continued:

I have spent over 20 years working in this field and finally, there is a growing awareness of just how urgently positive change is needed.

If you mentioned climate change in the pub or at the school gates five years ago you would no doubt create an awkward silence. But now, instead of tumbleweed, people have more questions, they want to know more.

While the poll established growing awareness, it also found that 33% didn’t think climate chaos poses a threat. But as Terry continued:

In a year when our government has announced we are living in a climate emergency, a UN report warned us we are in danger of losing one million species, and a recent report by academics warned sea level rises could be above two meters within 80 years, meaning major global cities would be under threat including London, New York and Shanghai – finally we are getting the message through.

Featured image via where to here/Flickr