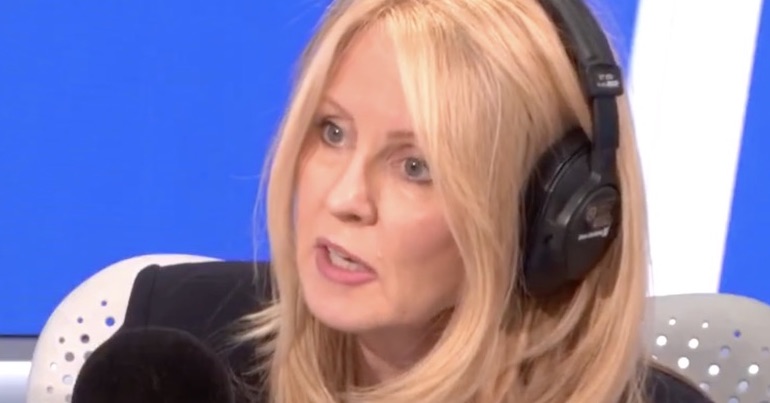 On 5 June, Tory leadership contender Esther McVey gave a car-crash interview on LBC. Live on air, she managed to string lies, outrage and more together for half an hour without pause.

McVey showed her true colours when a caller asked if the Conservative Party’s handling of Universal Credit would “bring the party into great disrepute”. She fudged the answer, defending the controversial benefit. In response, the caller pointed out that:

The [Conservative] party has brought about a lot of suicides… a great increase in homelessness. I think it says people are fit to work when they have serious mental illnesses, physical illnesses – forces them to be reassessed every three years when they’ve got serious degenerative illnesses. I think it’s a very cruel policy; very inhumane.

Host Nick Ferrari pointed out, that as former work and pensions secretary, McVey is seen “as one of the architects” of Universal Credit. So, Ferrari said this was McVey’s “opportunity to apologise”. Seeing McVey wouldn’t, he pushed further asking if she would “apologise in any way for Universal Credit”.

The words “yes, I apologise” or even a simple “sorry” don’t take much to say. Yet McVey refused to apologise even once. LBC’s political editor Theo Usherwood summed up this segment:

Ferrari: Do you apologise for roll-out of universal credit?

McVey says she went to cabinet asking for changes and was successful.

Asks for a sixth time for apology.

And just to add insult to injury – in between refusing to apologise – McVey claimed she’d:

introduced something called Disability Confident, which I designed.

Given Disability Confident started in 2016, and McVey started as work and pensions secretary in January 2018, this claim really doesn’t add up.

In a disastrous interview with @NickFerrariLBC on @LBC @EstherMcVey1 said she 'designed & introduced' #DisabilityConfident (DC).

She became Secretary of State for @DWP in January 2018.

Despite McVey’s denial, Universal Credit – the flagship welfare payment of the Tory-run Department for Work and Pensions (DWP) – has clearly destroyed lives. From the outset, it’s been dogged by controversy. From a damning National Audit Office report to its links with increased food-bank use and rent arrears, the benefit caused, and causes, difficulty for millions of people.

Equally sickening, McVey didn’t claim to be proud of Universal Credit, but said:

I am proud that we are a compassionate government that helps people who need it.

Today Esther McVey was asked 6 times if she would apologise for the disaster of Universal Credit. 6 times she refused.

Rarely has there been such a callous, talentless individual in Government that aspires to be the next Prime Minister.

Even the Tory Party aren’t that stupid.

But McVey didn’t limit herself to denial and deceit in this interview.

She started off answering a caller who asked why she’d be a successful Conservative Party leader. And she claimed she had all the qualities, suggesting she was “selfless”. “It’s not about me”, she claimed, insisting she would be “a public servant”. But she followed this up by saying “and we’ll see what happens afterwards”.

She also insisted that Theresa May was “complicit” in Yvette Cooper and Oliver Letwin’s Brexit amendment to extend leaving the EU. LBC’s political editor pointed out that this isn’t really what happened:

Esther McVey says Theresa May was "complicit" with Oliver Letwin's "request" to seek an extension from the European Union.

She also claimed she’s not anti-gay and “never have been… never will be”. Yet her voting record on LGBTQI+ rights tells a different story. And when asked if she believed in equality, she replied: “yes, I do”. Again, her voting record really doesn’t back this up either.

Esther McVey: "Do I believe in equality? Yes I do."

Fortunately, McVey is way behind in the odds for the Tory leadership race. But the alternatives are equally dire. So what we really need is a general election to ensure McVey, and her cronies, can’t spew any more bile or hurt any more people.